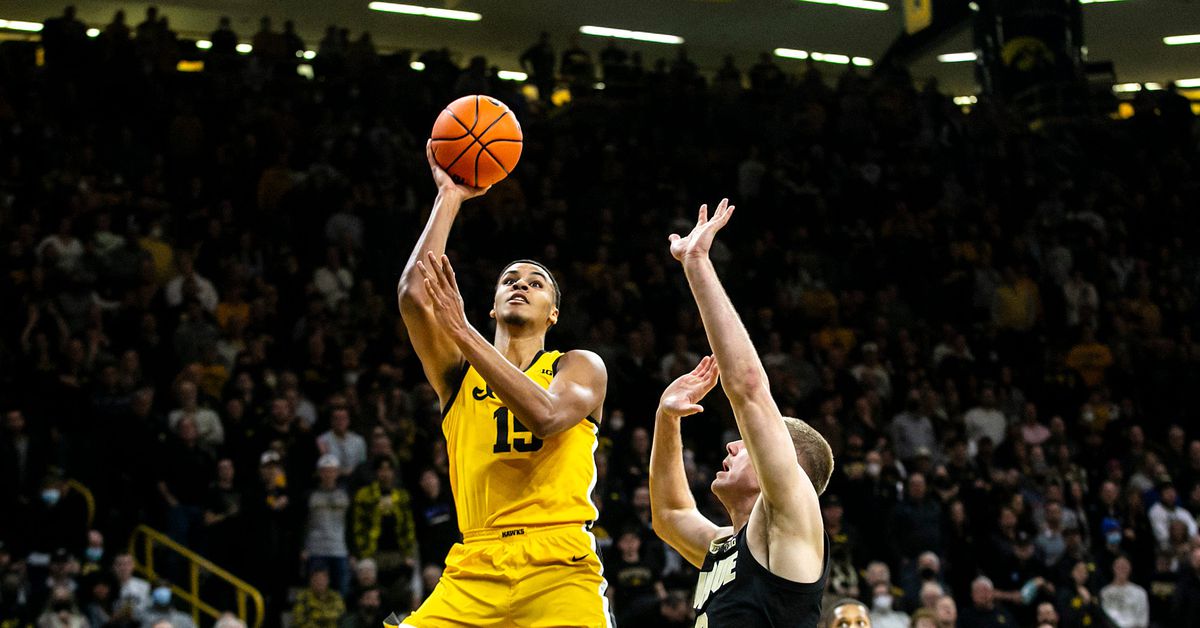 Every year I am happy to organize the SB Nation Big Ten basketball teams. I contact the respective conference blogs and request at least one ballot from each site. This year I received 16 ballots:

The only colors – Ryan O’Bleness

On the banks – Aaron Breitman

And here are the selections:

It was a very, very close vote, as Murray edged Johnny Davis of Wisconsin by a 9-6 margin. Jaden Ivey also received a vote from Von to Maize N’Brew. Murray was excellent though. He leads the Big Ten with 23.3 points per game and helped Iowa have the No. 1 offense in the conference. Davis passed out a little late, but he’s also a worthy contender.

It was the closest vote yet, as McGowens edged out ohio stateof Malaki Branham 9-7. McGowens finished in the top 10 in scoring with 17.2 points per game and averaged 5.3 rebounds per game. Branham had an excellent first season at 13.2 points per game.

Last year there was a wide range of selections for this honor, but this year we have a unanimous winner. McConnell led the conference by a wide margin with 67 interceptions. He was the best perimeter defenseman in the league and a big reason Rutgers has the best defense in the league.

Gard was the overwhelming choice here, and with good reason. In the preseason, Wisconsin was picked near the bottom of the league, but instead won a share of the title. The Badgers won close game after close game and beat league favorite Purdue twice. It was a good season for the Gard and it is a more than worthy choice. He received 10 votes, with the rest split between four other coaches.

Tre was a near unanimous selection here, receiving 14 of 15 votes and only state of michiganMalik Hall catches another. Few teams have the luxury of bringing a player of Tre’s caliber off the bench, but it’s no secret that when he’s on the line, Purdue is a significantly better team. A special note for Corn Nation’s Patrick Gerhart, who named the Big Ten umpires as the 6th man. He’s not wrong.

When it comes to actual teams from all of the Big Ten, this year’s first team was nearly unanimous. Three of the first five team members were named to the first team on everyone’s ballot. The methodology was simple: each player with a first team vote received 3 points, a second team vote was worth two, and a third team was worth one. Here we are:

Liddell and Cockburn are repeat first-team offenders from last year, while the other three are here for the first time. Ivey and Davis are likely off to the NBA this season, but both are terrific players who will be critical to their team’s success in the playoffs. Cockburn was also a third team member in 2019-20.

A tie for last place gives us six members of the second team, but the first four selections were pretty universal. Jackson-Davis received two first-team votes. He was a first team selection last year and a third team selection in 2019-20, so he joins Cockburn as the first players to make the SB Nation roster three times since I started do it. Harper was on the third team a year ago and is the most dangerous man in the league as time goes on. Dickinson was also a second teammate last year.

This is where the best freshman appears. He joins Williams, who was a second teammate a year ago. Tre also gives Purdue three selections, one from each team, which makes their third-place finish even more shocking. Illinois also put a player on all three teams.

The following players have all received at least one third team nod on a ballot:

As always, a big thank you to my fellow writers for this. It’s a lot of work, but a lot of fun to follow it all.