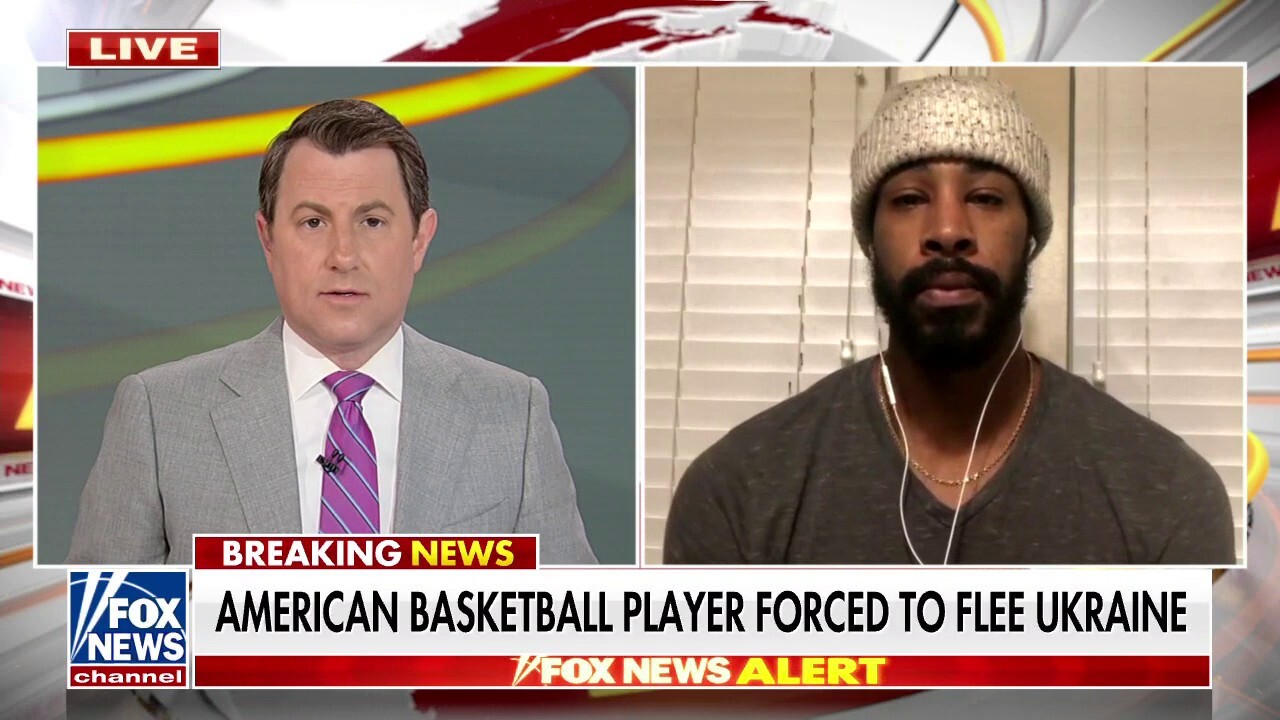 American basketball players try to flee Ukraine; One succeeds, one gets stuck

American professional basketball players Toure ‘Murry and Maurice ‘Mo’ Creek have found themselves caught up in the Russian invasion of Ukraine that began last Thursday. But while one player managed to escape, the other is still stuck in the Warzone.

Murry, a former New York Knicks and Utah Jazz player, sat down with ‘Fox & Friends First’ host Todd Piro early Sunday morning to recount his heartbreaking experience of escaping Ukraine in the last moments before the invasion of Russia.

“It’s been very difficult to just, you know, take it all in,” Murry said. “It started at 7 a.m., getting a text from my team, telling us ‘grab your bags, pack your bags and let’s go’.

“At that moment, I knew things were very serious,” he continued. “From then on it didn’t end until I got back to Houston today, last night at 10 p.m.”

Murry, who played for the Ukrainian basketball league before the dispute broke out last week, then recounted his experiences visiting the borders of Poland and Romania to find a way out of Europe and return to the United States.

“It was just sitting outside in traffic all day and then walking to the border and being out for over 14 hours in the cold and freezing and just the ambiguity of not knowing what to do and not whether you’re going to see your family again – it was a very scary moment.”

BRAZILIAN FOOTBALL PLAYERS STRANDED IN UKRAINE, SEEKING HELP FROM THEIR GOVERNMENT: ‘WE ARE GOING THROUGH CHAOS’

“I heard the bombs at night, the shootings at night, and it’s just terrifying for me to hear that,” he shared with ‘Fox News Live’ host Mike Emanuel early on. Sunday morning.

When asked why evacuating the country before the invasion was so difficult, Creek said his team didn’t want him to leave because they thought the invasion would never happen.

Creek shared that his family and coaching staff are “worried,” and he says he’s trying to get out “as soon as possible.”