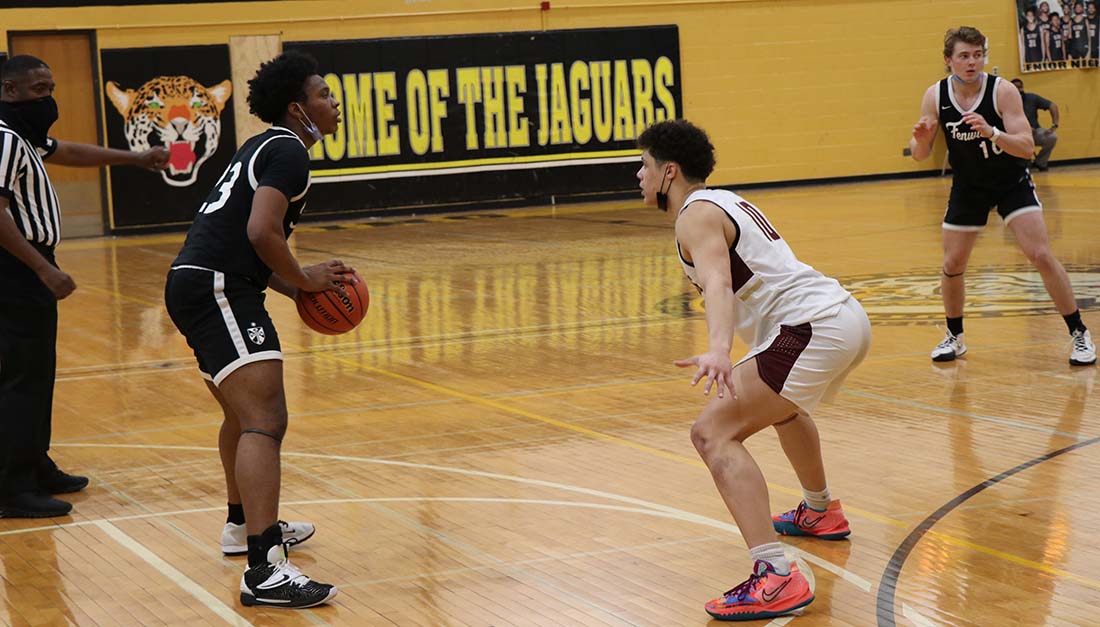 A 15-school basketball conference isn’t supposed to have seven teams winning 20 games in a season.

A team with 21 losses generally does not win a regional championship and does not qualify for a section final.

Breaking a 39-year regional championship drought is a big deal.

Although DePaul College Prep and St. Ignatius College Prep fell short of the IHSA State Semifinals, the 2021-22 men’s basketball season was historic for the Chicago Catholic League, with eight regional championships , three section titles and two schools making the trip down. Champagne. After a grueling league season of taking on disparate teams in hostile environments, the trophies have proven that iron has sharpened iron in the CCL.

The IHSA Basketball State Tournament returned in full this year for the first time since 2019, and while only one Chicagoland school has won a state title, Glenbard West of Glen Ellyn, the CCL has established as the deepest and strongest conference in the region. The CCL’s three sectional championships, two supersectional trophies and two third-place finishes compare to the Chicago Public League’s four sectional titles, three supersectionals and one second-place crown. The Chicago Public League has 102 men’s basketball teams. The CCL has only 15.

St. Ignatius entered the IHSA Class 3A State Playoffs with an 18-12 record, having lost its previous two games by a double-digit margin. Two weeks and five straight wins later, the Wolfpack won the program’s first super-sectional championship in school history. Head coach Matt Monroe said he credits the CCL season’s competitiveness for supporting his team through the pressures of post-season competition.

“I think the Catholic League is one of the best conferences in the state, if not the best. When you look at it top to bottom, it’s a glove no matter who you’re playing against,” Monroe said. “Playing that tough schedule and going to fight your CCL haters definitely sets you up for the playoffs.”

St. Ignatius’ playoff run in Champaign included the elimination of two CCL opponents in the Chicago-King Division. The Wolfpack edged Fenwick in the sectional semi-finals after the Friars won a regional title 7-17 in Antonio Young’s first season as head coach. St. Ignatius senior guard AJ Redd scored 25 points in the win, and after the game he said playing against the CCL’s variety of playstyles was instrumental in his team’s success. in the playoffs.

“We are battle tested,” Redd said. “We saw every type of team, every type of defense, every set. It’s what prepared us for times like this.

“I don’t know how many teams have lost 20 games and won a regional,” DeCesare said. “It’s great for the kids. We had a hard time.

DeCesare is also De La Salle’s Director of College Athletic Recruitment, helping athletes who aspire to play at the next level. According to DeCesare, the CCL’s rich history and well-drilled teams attract college coaches to conference talent.

“Obviously, talent is one of the biggest deciding factors, but the next thing college coaches look at is that the kids come from good programs,” DeCesare said. “There are a lot of good programs in this league.

The most successful CCL team in recent years has been DePaul Prep. Led by Tom Kleinschmidt, the Rams followed a pandemic-shortened 14-2 campaign in 2021 with 22 regular-season wins this year. DePaul Prep clinched his ticket to Champaign after winning the Class 2A Joliet-Central super section, defeating CCL regular season champion Leo Catholic High School in the final.

“After the year we had last year, bringing back five new starters and having the year we had and winning a regional, it’s definitely special for the kids and the school,” Kleinschmidt said afterward. the Rams won their seventh regional championship in the last eight seasons.

Kleinschmidt graduated in 1991 from Gordon Tech High School, which was renamed DePaul College Prep in 2014. His jersey number 34 is retired at school, and a banner commemorating his career hangs from the rafters of the former Gordon Tech gymnasium where his team still plays. As a CCL veteran, Kleinschmidt said he was proud to be part of the league’s successful 2022 season.

“I’ve been in the Catholic League since 1987, and my dad played in the league, so that means a lot to me personally,” Kleinschmidt said. “I’m pretty proud of the league.”

DePaul Prep fell 31-24 in double overtime to Nashville High School in the Class 2A state semifinals on March 10, but the Rams avenged the loss by beating Rockridge later that night to claim third place in the state tournament. The program won its second third-place trophy in four seasons, with the Rams finishing third in Class 3A in 2019.

Founded in 1912, the Chicago Catholic League is the oldest high school sports league in Illinois still in operation today. St. Ignatius, De La Salle and Loyola Academy of Wilmette are the only founding members of the league that still participate, but although new schools have joined the fold, the conference’s legacy has remained.

“There is so much history. You can almost smell it in the buildings,” DeMong said. “The history of victories, famous players, historical matches, it’s a bit like the old Big East for me.”

DeMong played basketball at Boston College from 2000 to 2003, winning a Big East Championship alongside future NBA player Troy Bell. His team Montini has lost 18 games this season and finished bottom of the CCL, but he said his side remain confident due to the strength of their schedule. Montini captured his first regional crown since 1983 with playoff wins over Johnsburg and IC Catholic Prep.

“It sharpened us. We felt like we played a tougher schedule in the regular season than in the playoffs,” DeMong said. “The teams we faced (in the playoffs) were good, but not as good as the teams we saw night and night in our league.”

The geographic sprawl of schools in the Chicago area is one aspect of CCL’s schedule that presents a unique challenge. With schools as far north as Loyola in Wilmette, as far south as Leo on Chicago’s South Side, and as far west as Marmion Academy in Aurora, the journey can make it difficult to face off against any level of adversary.

“You have to remember that these are high school students. These are not college kids,” Kleinschmidt said. “It’s probably the first time they’ve been sitting on a bus for two hours, and if you take a team lightly, you’re going to get beat up.”

With schools with varying entries competing in different classes, the CCL has plenty of opportunities to win regional championships in Class 1A, 2A, 3A and 4A tournaments each season. Still, the eight regional wins this winter rank tied for third all-time for the conference. Although the regional titles are only the first step on a long road to a state championship, Monroe said there’s still value to add to the illustrious conference trophy.

“Anytime we play for a championship it’s a pretty special opportunity,” Monroe said. “By the time you get to regionals, more than half the state is no longer playing. So for us to be able to play and win a regional championship is something special. »

Playing in his first Final Four in school history on March 11, St. Ignatius lost to Sacred Heart-Griffin 50-39. The Wolfpack took on Simeon, the perennial Chicago Public League powerhouse, in the Class 3A third-place game, edging the Wolverines 61-59 to finish as the best-in-class Chicago-area team.