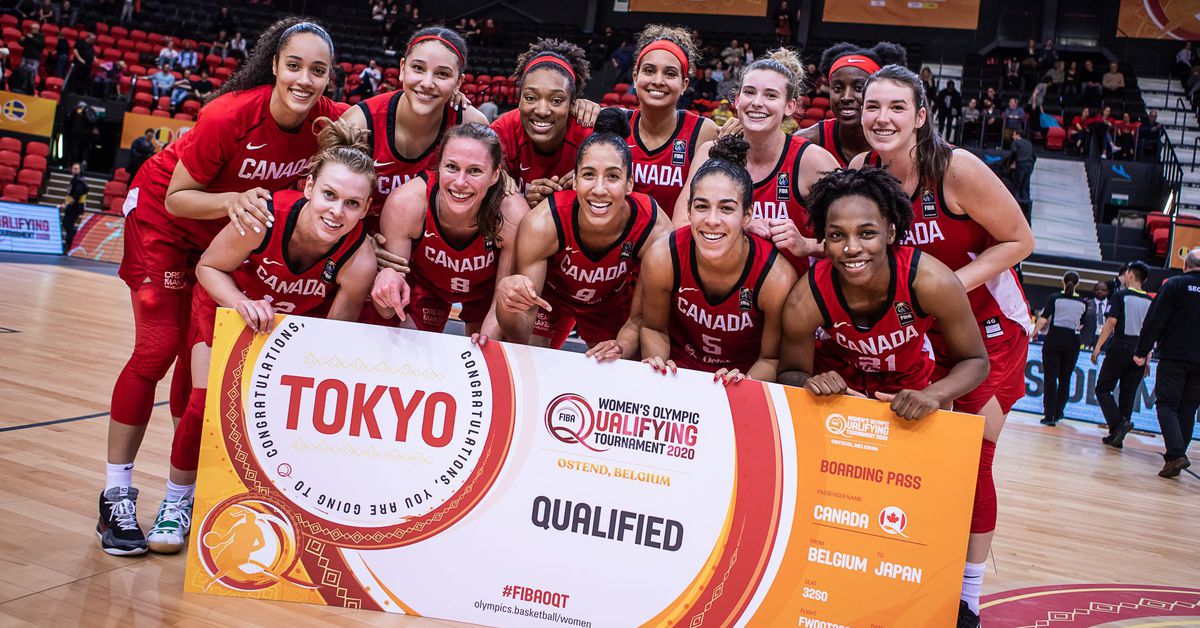 It’s time for another FIBA ​​World Cup qualifying round — this time for Canada’s National Women’s Team! Canada Basketball released a preliminary roster on Wednesday afternoon ahead of the team’s trip to Osaka, Japan next week to compete for a spot at the FIBA ​​Basketball World Cup 2022.

According to Canada Basketball, the official roster of 12 players will be released next week after a technical meeting.

The qualifying tournament in Japan will be the first appearance for new head coach Victor LaPena and new assistant coach Noelle Quinn after they were hired last month.

The team is currently ranked No. 4 in the world by FIBA ​​and hopes to do well at the World Cup this year after a disappointing showing at the 2020 Tokyo Olympics.

For long-time supporters of the Canadian senior women’s basketball team, this roster may look a little different. Due to injuries, COVID-19 protocol, NCAA commitment and players retiring, the roster is very different than it was even in Tokyo last summer.

Important names missing include Kia Nurse, who is currently recovering from a torn ACL she suffered during the WNBA Semi-Finals in September, and young star Aaliyah Edwards, who made her Olympic debut last week. last summer and currently plays for the UConn Huskies in the NCAA. . Miranda Ayim, a longtime veteran of the program, announced her retirement from competitive basketball following the Tokyo Games last summer.

There are still plenty of familiar faces on the roster who will likely make the cut and head to Osaka next week. Natalie Achonwa and Bridget Carleton, who both play for the Minnesota Lynx in the WNBA, have been with the team for many years and join Kia Nurse as the only Canadian players currently in the WNBA.

Kayla Alexander, who also has WNBA experience, and Shay Colley are two players who have made an impact on the national team in recent showings. Laeticia Amihere is another young player currently playing for the University of South Carolina under Dawn Staley who has a bright future ahead of her in professional basketball.

To qualify for the FIBA ​​Basketball World Cup later this year, the team must finish in the top three of their group in Osaka. They will face Japan, Belarus and Bosnia once in hopes of qualifying.

This team is constantly growing as basketball in Canada continues to grow. With more young players being scouted by NCAA colleges, playing overseas, and drafted into the WNBA/NBA, the team should perform well in future appearances.

A new and experienced coaching staff also hopes to bring success to Canada. Victor LaPena has overseas and Olympic experience, and Noelle Quinn was hired as the head coach of the Seattle Storm in the WNBA last season.

The qualifying tournament will take place in Osaka from February 10-13 and you can follow all the action on Sportsnet!