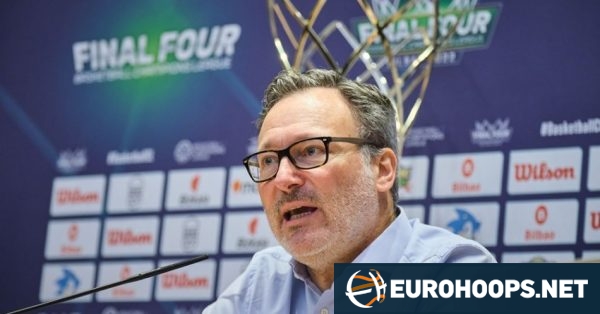 Comninos on FIBA-Euroleague-NBA: everyone agrees that something has to change

Basketball Champions League CEO Patrick Comninos spent a good hour of his time answering questions from the media after the final press conference and one of the things he also commented on was the talks between FIBA, the Euroleague and the NBA.

“It is true that, since last summer, FIBA ​​has taken the initiative to invite both the teams and the management of the Euroleague but also the NBA, to sit down at the table and try to finally find the best possible way to approach this situation.”, said Comninos.

“The most important message coming out of these discussions is that everyone agrees that something has to change. Nobody looks at the current landscape and says, “No, it’s fine, it works perfectly, everyone is happy, commercially it makes perfect sense, we make a lot of money, let’s leave it like that. Not a single person in the room agrees. At least there is a consensus there on the need to establish a level of clarity and certainty, distinguishing between the relevance of national teams, national competitions and international competitions.

One of the main issues, he says, has been the lack of clarity and uncertainty about which teams to play on. Many teams have switched between Euroleague/EuroCup and BCL, and vice versa.

“The fact that teams like Monaco, Virtus, or others have made a change in their selection of participation in European competitions. It’s part of a bigger problem that exists in European basketball. The fact that there is no certainty, no security, no consistency or clarity as to how teams compete in Europe and that we have this inevitable but unfortunate situation every April, May and June where teams somehow go out shopping, move around and try to find their own bearings”, he said and added.

“The fact that we have had three of the last five EuroCup winners this season. The teams that have won the EuroCup and gone to the Euroleague have had this short-lived experience. I think it’s not a situation which helps promote European basketball, does not help provide the clarity and certainty needed to better market the brand.

In this spirit, but also for many other things, the BCL focuses on itself and continues to find ways to improve. One of the most important was to organize the Final Four for the first time in a neutral place.

“It remains a testament to our desire to keep moving forward with our competition and to keep growing it, always challenging ourselves but also always trying to find better ways to grow and improve. t is a crucial step for us in our still young history. We are only six years old but we believe that every day we progress towards the fulfillment of our mission which is to continue to support the clubs, to work in close collaboration with leagues and to develop competition at the highest level.

The competition was also working on adjusting the format from year to year, to allow teams to have a flexible schedule and allow them to compete in domestic leagues as strongly as possible. This year’s finalists, Tenerife and manresa, are proof of that.

Comninos also commented on the unfortunate development between Ukraine and Russia which also led to Prometey being forced to cancel the season. In the future, the BCL will depend on the decision of the bodies above themselves and these decisions should arrive soon.

“I wouldn’t say we weren’t impacted as we unfortunately had to deal with the fact that a side who were playing quite well, Prometey, inevitably had to forfeit the Round of 16. They were also forced to playing a game outside of Ukraine and that had an impact. As we look to the future, I think we are part of a much larger environment that is being affected and impacted by the unfortunate situation that is happening on our continent. We will follow what the sports governing bodies and FIBA ​​decide, and it is expected that in the coming weeks a decision will be made on this.

Where are the 2014 Florida basketball players now?