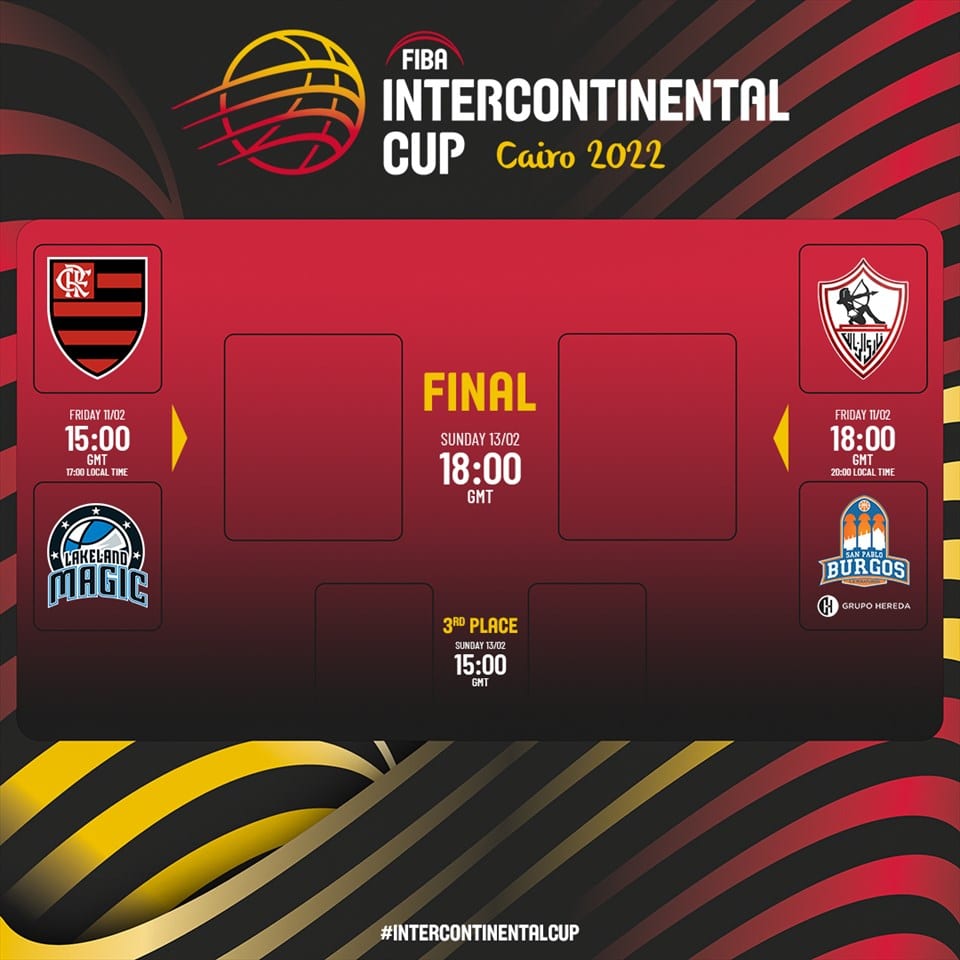 The official draw for the FIBA ​​Intercontinental Cup 2022 concluded on Saturday, revealing the path to the trophy for each of the four contenders at the big event which will take place in Cairo, Egypt, from February 11-13, 2022.

The spectacular Giza Plateau served as the backdrop for the draw ceremony for this landmark edition of the FIBA ​​Intercontinental Cup, as it is the first time in history that an African country has hosted the competition.

The first semi-final, which will lift the curtain on the tournament at the Egyptian capital’s Hassan Moustafa Sports Palace, will feature a clash between the two representatives of the Americas as Flamengo, champions of the Basketball Champions League Americas 2020-21, will face NBA G League Winners 2020-21 Lakeland Magic.

The FIBA ​​Intercontinental Cup 2022 ambassador, Egyptian football legend and former Zamalek Mido player, accepted the task of leading the draw on the Giza plateau and took the opportunity to profess his love of basketball.

The greatest European basketball players of all time: from Dirk Nowitzki to Drazen Petrovic / News