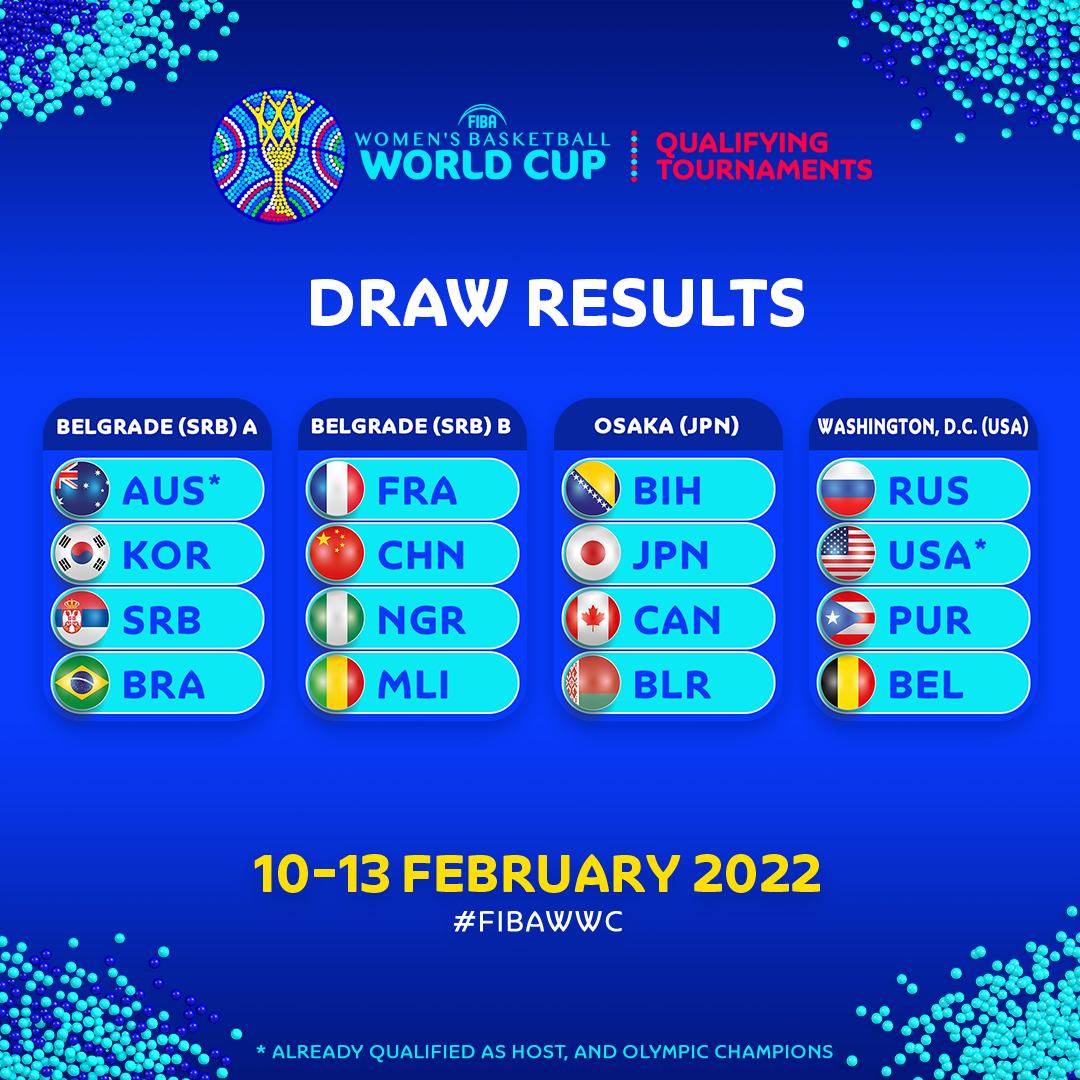 The qualifying draw marks the kick-off for the Women’s National Teams as they attempt to successfully qualify for the FIBA ​​Women’s Basketball World Cup 2022.

The match schedule for the Women’s World Cup qualifying tournaments is available here.

FIBA Secretary General Andreas Zagklis gave the opening speech while Serbian great Sonja Vasic conducted the draw. The reigning TISSOT MVP of the FIBA ​​Women’s EuroBasket 2021, Vasic is coming off a memorable summer, having first led Serbia to the continental crown and then to the bronze medal game at the Olympic Games Tokyo 2020.

The new Women’s National Team competition system came into effect in November 2019, paving the way for all major FIBA ​​women’s competitions on a four-year cycle, including the FIBA ​​Women’s Basketball World Cup. 2022. Here’s a breakdown of how teams can make it happen at next summer’s showpiece event in Sydney.

2022 Women’s World Cup host Australia and Olympic champions USA will compete in the qualifiers. However, these two teams receive automatic qualification for the FIBA ​​Women’s Basketball World Cup 2022 – Australia as hosts of the event and the United States due to their victory in the Olympic tournament of women’s basketball in Tokyo.

The 2022 Women’s World Cup will take place from September 22 to October 1, 2022. For more information on how teams qualify, click here.