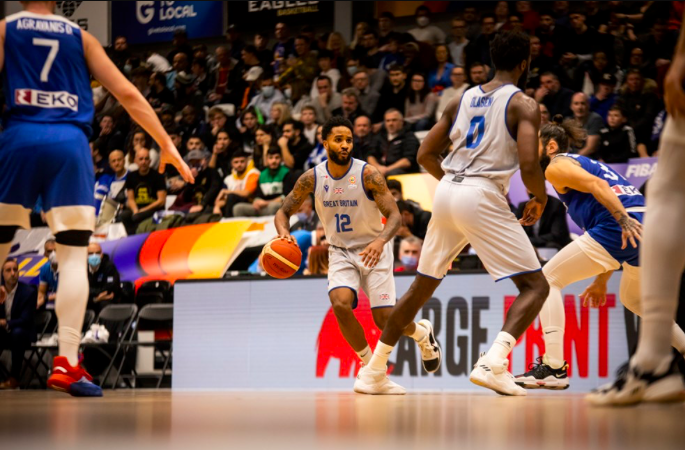 Great Britain kicked off their FIBA ​​Basketball World Cup qualifying campaign with a 78-69 win over Greece in Newcastle on Thursday night.

It took three quarters for GB to break out, but once they found their groove, their more established Greek counterparts were unable to contain them.

Offensively, the hosts shot a sublime 9/16 from three-point field. Defensively they were fearless, they were together and they were calm. For fans in Britain, it was a joy to watch.

Cheshire Phoenix guard Teddy Okereafor hit four of those three-pointers en route to a team-high 19 points. His fourth and final line with 8:26 remaining, gave GB a 59-57 lead they never relinquished as they secured their first victory over Greece since 1984.

“My team was behind me, we had one goal and four days to prepare and everyone played together, pulled together and managed to win the game,” said Okereafor, who entered the history by surpassing Bill McInnes’ record by playing his 50th straight GB game, BBC Sport told afterwards.

“It was a good win, a much needed win, but we got another one [game] but on Sunday,” added Tarik Phillip, who backed up with 16 points but immediately wanted to erase any thoughts of victory and move on to Sunday’s game against Turkey in Istanbul.

Even without Greece’s superstar players earning their trade in the NBA and EuroLeague, led by Milwaukee Bucks’ Giannis Antetokounmpo, on paper most will take Britain’s victory as a surprise.

Greece led for the majority of those first three quarters, but lacked real execution throughout this contest and as Great Britain took the lead early in the fourth; it was as if they had nothing left.

Dimitrios Agravanis’ 19 points and Nikos Gkikas’ 14 provided food, but as the game wore on their efforts faded. They were tired. Greece looked tired.

They are now looking to bounce back at home against Belarus on Sunday.