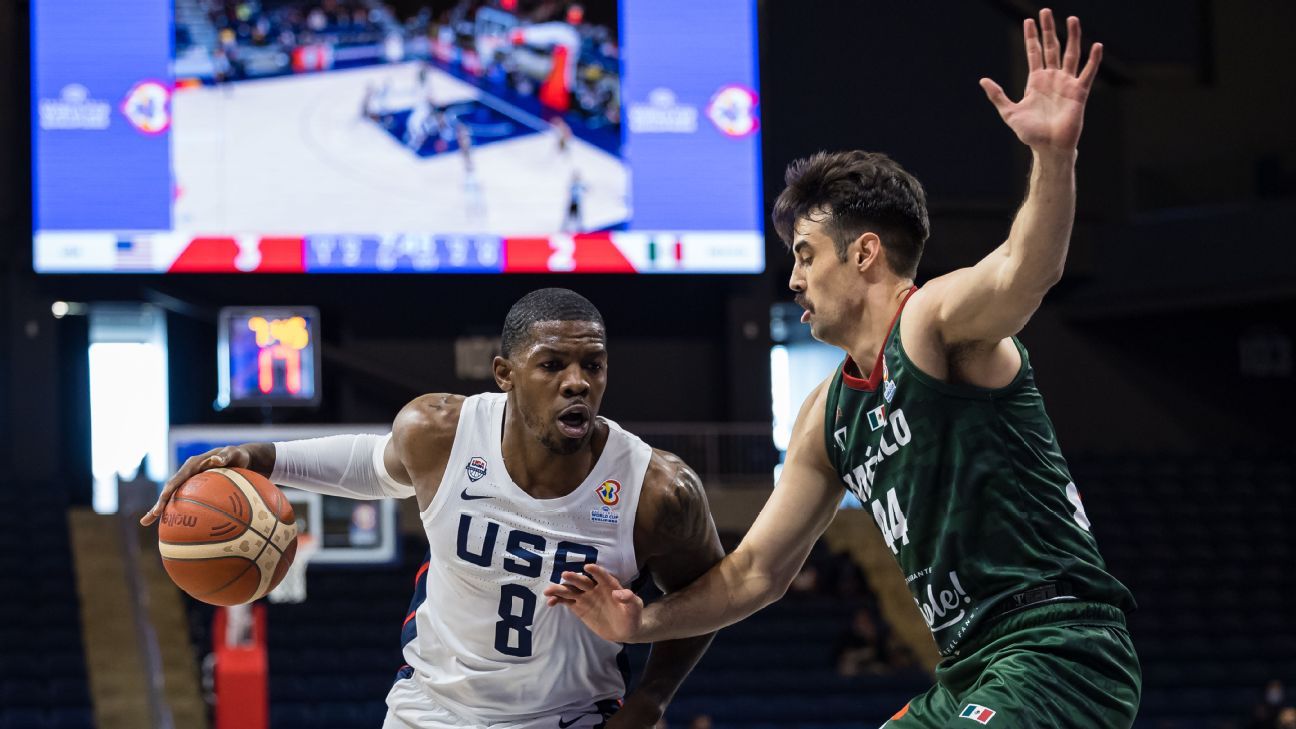 WASHINGTON — Even without a full roster of current NBA stars, the United States has made it through this World Cup qualifying window.

It hasn’t always been so easy.

Langston Galloway scored 16 points and former professional Joe Johnson added 14 to lift the United States to an 89-67 victory over Mexico on Sunday in qualifying for next year’s World Cup. The Americans avenged their only defeat of this qualifying round, routing the previously undefeated Mexican team in a game that was not close after the opening minutes.

The United States led 48-21 at halftime.

“We started this camp with Mexico in our hearts. They humbled us in Mexico and we were ready to play against them,” coach Jim Boylen said. “They beat us from the 3-point line there, and they beat us hard, so I have to give our guys credit. They came prepared.”

With the NBA season occurring at the same time as these qualifying games, most American players came from the G League. Still, the Americans avoided finishing last in their four-team group and advanced to the next qualifying round after Puerto Rico beat Cuba 65-62 on Sunday.

“The first window was very difficult. Cuba gave us a hell of a game. We were trailing in the last five minutes,” Boylen said. “I thought Mexico, the last time we played them, were more physical than us, tougher than us. They shot the ball with incredible speed.”

Johnson, 40, a seven-time NBA All-Star, is the biggest name on this American team. Galloway also has good NBA experience. David Stockton, whose Hall of Fame father John was in attendance on Sunday, scored 15 points.

“I was looking forward to this opportunity,” said Galloway, a 30-year-old guard who has played for seven NBA teams, most recently the Bucks and Nets this season. “I was lucky to be in the G League, to be able to play in that situation. That opportunity doesn’t come around often, so it was really a blessing for me.”

The World Cup will take place next year from August 25 to September 10 in Indonesia, Japan and the Philippines. Teams can qualify directly from the World Cup for the 2024 Olympics.

The Associated Press contributed to this story.

American basketball players try to flee Ukraine; One succeeds, one gets stuck