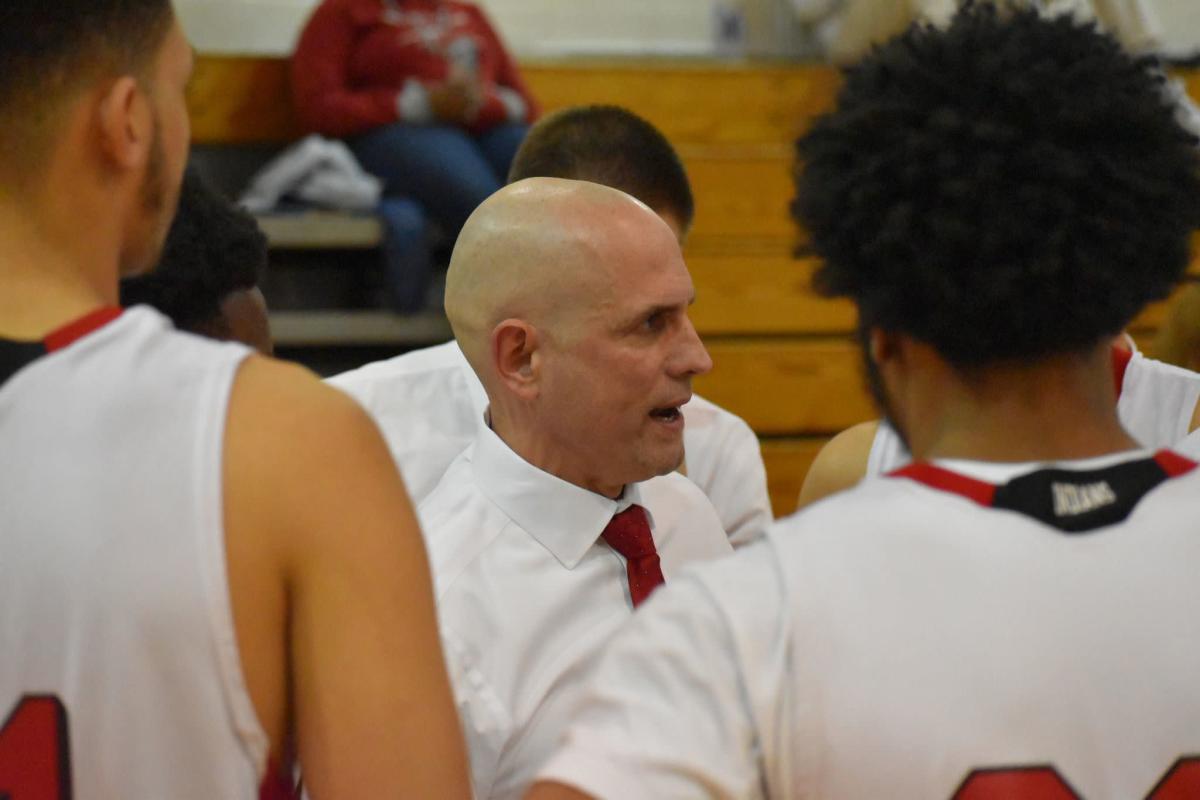 “I didn’t even tell my players I had it, but where I teach, at Rocky Hill, the staff knew about it,” Reiser said. “Then Manchester found out. We were playing Cheney Tech. They announced it before the game, and the players said, ‘Coach, we didn’t know. I said, ‘Yeah, let’s just focus on the game. Game.’ “

Reiser’s record spans 34 seasons coaching men’s and women’s basketball. He currently has 251 wins in each sport. Reiser is in his seventh season as manager of the Manchester boys. Prior to that, he coached Manchester Girls for 14 years. He started coaching boys at Rockville High for eight years, then went to Rocky Hill for five years before moving to Manchester.

“You know what that means? It means I’ve been doing it for a long time,” Reiser said.

The 64-53 win over Achievement First came amid a five-game winning streak for the Red Hawks that was snapped Friday by a 62-49 loss to Middletown. Manchester is 7-3.

Reiser joins the ranks of other state coaches who have won more than 500 games coaching boys and girls, including Bacon Academy’s Dave Shea, who coached the boys for 23 years and the girls for 25 years and is went 788-308 overall, and Pete Shuler, who won 528 games coaching the Westbrook girls for 17 years, the North Branford boys for 11 years and the Griswold boys for three years.

Players of the week

Jaydon Loop, Windsor Locks: Buckle had 12 free throws and 26 points in a 57-47 victory over East Granby on Friday.

Michael Coggins, Suffield: Coggins had 27 points in a 67-52 win over East Windsor on Friday.

Quintin Floyd, Windsor: Floyd made four free throws in the final 21 seconds of the game to give Windsor a 67-64 victory over Ridgefield on Saturday. The second-year point guard had 18 points in the win. He had 10 points, seven assists and seven steals in an 88-46 win over Glastonbury last Monday.

Foster Okeke, East Hartford: Okeke had 34 points and five rebounds in a 76-62 win over New Britain on Friday.

Dylan Resendes, Rockville: Resendes scored 28 points and made nine free throws in a 65-50 win over Bolton on Friday.

Teams of the week

Cromwell: The Panthers are 8-0 after a 55-51 win over Portland and victories over Old Saybrook and Valley Regional last week. They have another busy week with games against Old Lyme, North Branford and Hale Ray.

RAM: The Raptors are 11-0 with wins over Putnam and Rocky Hill last week and games with Wethersfield and Bulkeley to come this week. Their next big test will be on January 31 when they host East Catholic.

SMSA: SMSA moved to 9-0 on Friday after an 83-71 win over HMTCA behind King Shaw’s 27 points and 12 rebounds. Daniel Hernandez added 23 points for SMSA.

Scenarios of the week

– Bristol Central equaled a school record with their 24th straight victory last Monday, a 74-30 victory over Maloney, and broke the record with an 80-50 win over Middletown last Tuesday.

– After losing to Rockville 59-46 last Tuesday, Somers (6-2) handed Granby its second loss, 62-52, on Friday night behind 39 points from Cody Palazzesi in a key NCCC game.

– Windsor (8-1) continued to roll with a 65-62 win over Ridgefield (8-1) in a game between two of the state’s top teams. It was another game on the wire, much like the January 11 East Catholic game, which Windsor won in overtime 70-66. Playmaker Quintin Floyd fouled in the fourth quarter of the Eastern Catholic game, and the offense was scrappy but found a way to win. On Saturday, Floyd stayed in the game and had 11 points in the fourth quarter.

Games to watch this week

SMSA at Ellington, Tuesday: The Purple Knights will look to bounce back from a loss to Stafford on Friday night that ended their seven-game winning streak as they host unbeaten SMSA (9-0).

Farmington at Windsor, Friday: Farmington (7-3) is on a four-game winning streak. After games with New Britain and Tolland earlier in the week, the River Hawks will be tested on Friday with an away game at Windsor.

Lori Riley can be reached at lriley@courant.com.

From Red to Phil to Pop, what does it take to be the crème de la crème of coaches? – Athleticism

NBA Draft: Meet 7-foot-2 Victor Wembanyama, the French prospect who could be the No. 1 pick in 2023