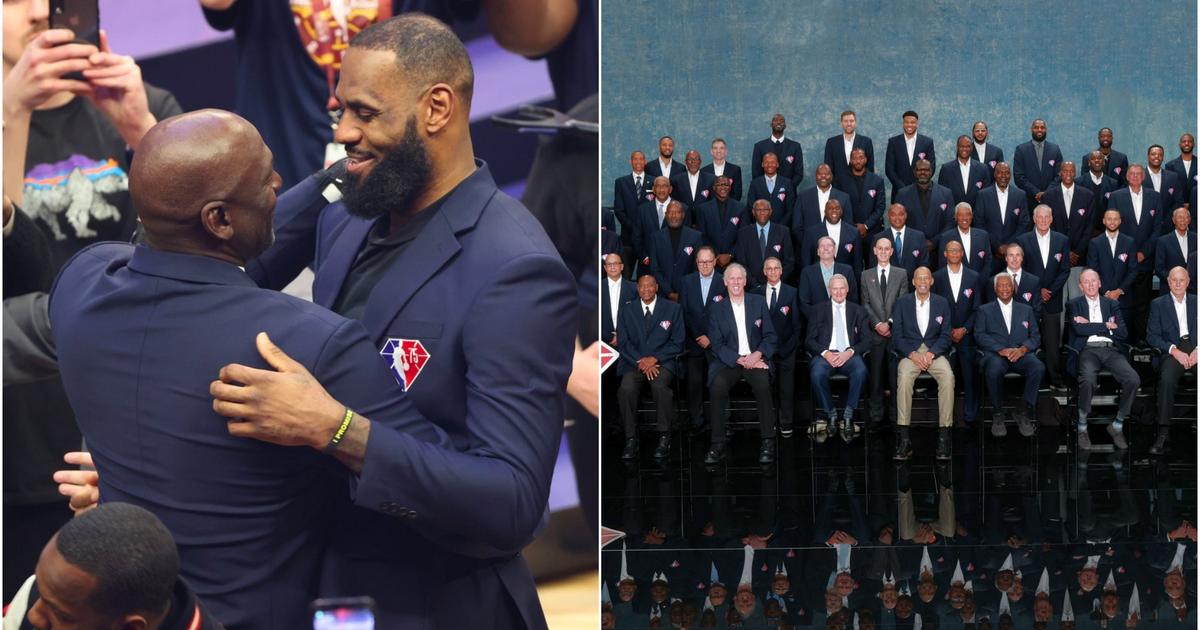 In the early hours of Monday, February 21, the 75 greatest players to ever grace an NBA floor were celebrated by the league on its 75th anniversary.

One moment that went viral since the ceremony was when LeBron James and Michael Jordan kissed.

Jordan and James are considered the two greatest players of all time with ongoing debates about their basketball accomplishments.


The endless fan debate was put to rest with a rare moment the two players kissed on the pitch during the All-Star Game.

James said Jordan was his idol growing up in Akron Ohio. Jordan asked “hang in there?” but James’ response could not be heard.

Speaking at the press conference after the All-Star Game, James said he wouldn’t be here without Jordan.

He said: “I didn’t want to miss the opportunity to shake hands with the man who inspired me throughout my childhood.

“A part of me wouldn’t be here if not for the inspiration of MJ. I always wanted to be like him growing up. It’s crazy that the winning move tonight was a fadeaway, and it was inspired by MJ. ”

Jordan is now retired and owner of the Charlotte Hornets while James continues to break records with the Los Angeles Lakers.

Jordan and James are two of the greatest athletes in sports history and this moment is one that will not soon be forgotten.