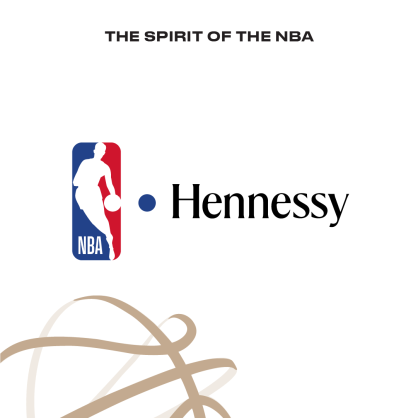 NBA Africa and Hennessy, the world’s best-selling cognac, today announced that NBA Crossover, an invitation-only lifestyle event, will showcase the convergence of NBA (www.NBA.com) and popular culture at through the art, fashion, music and technology surrounding today’s game, will take place in Africa for the first time on Saturday February 5th at Landmark Beach Front in Lagos, Nigeria.

As part of NBA Crossover, Africa’s first floating basketball court will be on display at the Ikoyi Link Bridge in Lagos from February 3-5. Additionally, on February 5, Hennessy will be the presenting partner of a celebrity basketball game at the Landmark Beach Front featuring Nigerian artists, performers and media personalities. NBA Africa and Hennessy will also donate a basketball court to the Lagos State Parks and Gardens Agency at Ikorodu Recreation Park as part of their and Lagos State’s commitment to provide to the inhabitants of the State an access to the sport.

“At Hennessy, we are thrilled to partner with NBA Africa to create this unforgettable experience in Lagos. Nigeria is such an important market for Hennessy and the NBA, and this event is something we have been looking forward to for some time,” said Laurent Boillot, President and CEO of Hennessy. “The NBA and Hennessy have had a tremendous impact on urban culture around the world, and this partnership event in Lagos will once again show that our collective influence goes far beyond the court. Over the past year, Hennessy has partnered with the NBA to feature courts in iconic locations across Australia, China and the UK, and now is the time for Nigeria to step into the game.”

“We are thrilled to celebrate the 75th anniversary of the NBAand Anniversary of the season with Hennessy in such an iconic way,” said NBA Africa CEO Victor Williams. “Nigerian players have had a huge impact on basketball and the NBA, and it’s only fitting that we are hosting our first NBA Crossover event on the continent in Lagos, where there is already so much talent and passion. for the game.”

“NBA Africa is committed to the development of basketball in Nigeria, and this event, in addition to the opening of our office in Lagos, marks another milestone in our efforts to develop the game in the country,” said said NBA Africa vice president and country. Leader of Nigeria, Gbemisola Abudu. “I look forward to NBA Crossover and working with my colleagues to expand our engagement with Nigerian basketball fans, partners and stakeholders in the months and years to come.”

For more than 250 years, Hennessy has celebrated those who embody the “Never Stop.” Never Settle” which is personified by the NBA’s unwavering commitment to advancing culture. Throughout NBA 75and For the anniversary season, Hennessy will celebrate the tradition and spirit of basketball fans across Africa through a range of mainstream events, activations and localized content.

To learn more about the 2021-22 NBA season with Hennessy, visit Hennessy.com or Hennessy (https://bit.ly/3fW2Zaj) on Instagram.

Distributed by APO Group on behalf of the National Basketball Association (NBA).

About the NBA:
The NBA is a global sports and media company built around four professional sports leagues: National Basketball Association, Women’s National Basketball Association, NBA G League and NBA 2K League. The NBA has also partnered with the International Basketball Federation (FIBA) in the Basketball Africa League (BAL), a new professional league featuring the top 12 club teams from across Africa. The NBA has established a major international presence with games and programs available in 215 countries and territories in more than 50 languages, and products on sale in more than 200 countries and territories on all seven continents. NBA rosters at the start of the 2021-22 season featured a record 121 international players from 40 countries. NBA Digital assets include NBA TV, NBA.com, the NBA App and NBA League Pass. The NBA has created one of the largest social media communities in the world, with 2.1 billion likes and followers worldwide across all league, team and player platforms. Through NBA Cares, the league tackles important social issues by working with internationally recognized youth-serving organizations that support education, youth and family development, and causes related to health.

About Hennessy:
Leader in Cognac, Maison Hennessy has shone all over the world with its exceptional blends for more than 250 years. Built on the spirit of conquest of the founder Richard Hennessy, the brand is present in more than 160 countries. Established in the heart of the Charente, Hennessy is also a solid pillar of the regional economy, the standard-bearer of a sector rich in know-how. The success and longevity of the House are rooted in the excellence of its cognacs, each of which is born from a unique process of transmission from generation to generation. First house of wines and spirits certified ISO 14001, Hennessy combines its capacity for innovation and the support of all its partners to protect this exceptional territory.

Flagship of the LVMH group, Hennessy is a major player in French international trade, with 99% of production sold for export, and a global ambassador of the French art of living.

PLEASE DRINK RESPONSIBLY – NOT FOR USE IN FRANCE

This press release was issued by APO. Content is not vetted by the African Business editorial team and none of the content has been verified or validated by our editorial teams, proofreaders or fact checkers. The issuer is solely responsible for the content of this announcement.