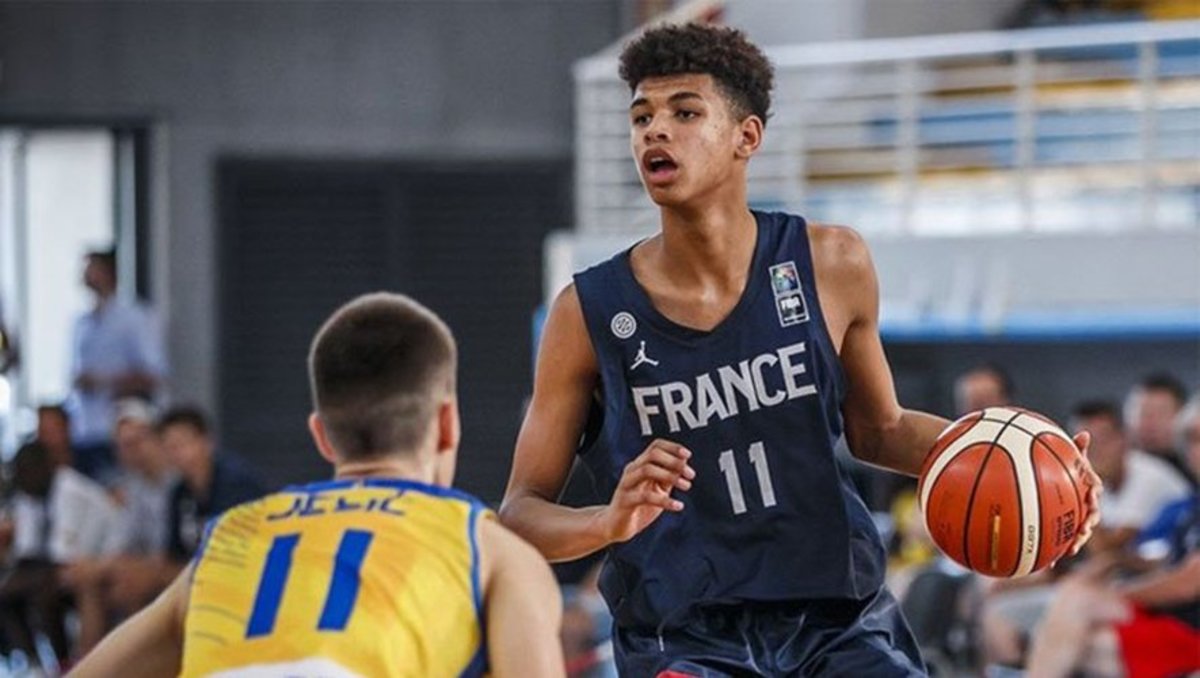 The San Antonio Spurs are no strangers to selecting international talent in the NBA draft. Some of the franchise’s best players, including Manu Ginobili and Tony Parker, have been drafted by Spurs after being relatively unknown internationally.

Even some non-American players who weren’t originally drafted by San Antonio, including Tiago Splitter, Boris Diaw, Patty Mills and Aron Baynes, helped Spurs win a title in 2014 against the Miami Heat.

Could Spurs turn to the international pool of young talent in a time of reconstruction? CBS Sports released its draft pre-lottery simulation on Monday and asked San Antonio to use its second of three first-round picks on intriguing French prospect Ousmane Dieng at No. 20 overall.

Here’s what CBS had to say about the selection:

“At 6-9 and with the coordination and flow of a guard, Dieng is among the most intriguing prospects in this class. The French prospect had a great end to the season with the NBL’s New Zealand Breakers but will likely face a long road to NBA mastery.”

Dieng is one of the most interesting international prospects in this year’s draft. At just 18 years old with a 6-foot-9, 185-pound frame, he has the physical tools that will make any general manager salivate, though he will undoubtedly need to add some muscle.

Last season with the New Zealand Breakers in the NBL, Dieng averaged 8.9 points, 3.1 rebounds and one assist in 23 games. While the numbers aren’t mind-blowing, he has shown his ability to score the dribble and manage the ball effectively in a point-forward type role at FIBA ​​level.

Dieng never attempted more than nine shots last season, which likely contributed to his limited overall point production. Still, his NBA-ready length and jump shot make him a candidate for Spurs G-League affiliate, the Austin Spurs, where he can increase his ability to compete at the top level after a season or two of development.

A former product of the French Academy at INSEP, which produced Spurs’ Frenchmen Parker and Diaw, Dieng could soon be on his way to a productive NBA career whether or not Spurs pull the trigger on his drafting. .