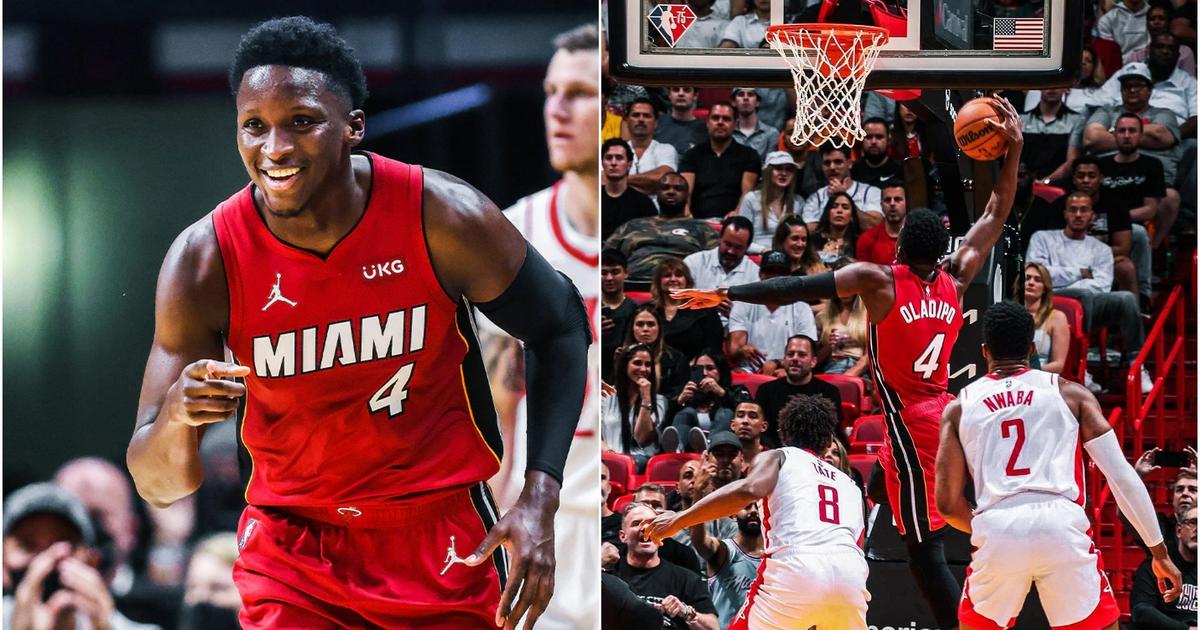 Oladipo returned to the court for the Miami Heat as they recorded a 123-106 win over the Houston Rockets in an NBA regular season game.

It was the 29-year-old Oladipo’s first game since April 2021. Oladipo was out injured for about 11 months and the fans were delighted with his return to the pitch.

Oladipo was in action for 15 minutes and contributed 11 points and four assists in a victory.


Talking about his return to the pitch after a serious knee injury, Oladipo said he is still not complete.

“It was a great feeling. Amazing. Words can’t quite describe it. It makes this moment even more special. There really are better days ahead of us.

Heat coach Erik Spoelstra says it will take Oladipo some time to get back to his best.

He said: “It’s an incredible moment. He was out for a year. Three years of injuries.

“Fifteen minutes is incredible for him and everyone in the dressing room. Let’s not rush into anything else.”

Oladipo is expected to feature for the eastern conference-ruling Miami Heat when they face the western conference leaders Phoenix Suns in their next game scheduled for Thursday, March 10, 2022.

Madison, other Dallas men’s basketball teams have made competing for the state title an annual tradition