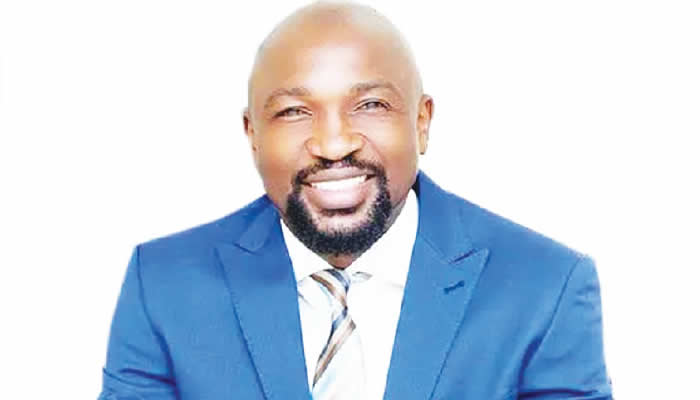 NBBF crisis: We will listen to ministry, not FIBA, insists Igoche

Nigerian Basketball Federation faction chairman Mark Igoche says his board will only listen to the Ministry of Sports – not world body FIBA ​​- for the resolution of the continuing leadership crisis who tore the NBBF apart for nearly a decade.

Igoche was elected president in an election apparently overseen by the Ministry of Sports in Abuja on January 31. presence.

The emergence of the two councils is the latest twist in the leadership crisis that has rocked the sport for the past four years, leading to a near collapse of basketball business in the country.

Igoche, speaking with reporters on Friday in Lagos, denounced insinuations that he was planted by some godfathers to further destabilize the basketball industry, adding that he had come on board to help revive and to reposition the sport.

“For anyone to think that I was planted by certain people in the 21st century is wrong. Nobody pushed me when I started, why is it now,” said Igoche, owner of basketball club Mark mentors.

On the legitimacy of his board, after FIBA ​​allegedly endorsed Ahmadu-Kida’s group, Igoche replied, “There was only one election that took place and that is the one who followed the directives of the ministry. I don’t know where another (election) came from.

“FIBA is foreign; they don’t dictate what happens in Nigeria. The ministry is the guardian of sports in Nigeria and basketball is no exception. What the ministry says is what we will hold in Nigeria. In recent years, we haven’t seen FIBA ​​in Nigeria. We have started the new phase of basketball and it’s like a bandwagon. Soon you will see our efforts to advance Nigerian basketball.

“I refuse to be distracted by a group that calls itself a faction. I want to leave them to what they think or believe. Our goal is grassroots development; we have nothing against anyone.

He added that the goal of his board was to grow the basketball at the grassroots level, rather than hire members of the parallel NBBF board led by Ahmadu-Kida.

“The decline of Nigerian basketball has been alarming over the past four years which is why I joined the race for elections and on January 31st I was elected President of the NBBF in Abuja. task, but it is doable.

“What kills the game here is the lack of facilities. Playing on hard surfaces is not good; it shortens the career of the players. We want to bring back age category events and local leagues; without the local leagues, we cannot progress. Ejike Ugboaja was drafted from the local league to the NBA. If we had a sustainable league, only God knows how many players would have made it like Ejike.

He added, “I know players who were forced to retire from basketball, not because they were old, but because of their inactivity for the past five years. We have very good players who left to become workers and casuals, but they could have gone further in the game if they had had the opportunity.

“That’s what politics does, so I think it’s time we stopped that. My dream was to play in the NBA but I couldn’t, but I’m here to help players achieve it. And with that, I will be very satisfied.

All rights reserved. This material and any other digital content on this website may not be reproduced, published, broadcast, rewritten or redistributed in whole or in part without the prior express written permission of PUNCH.