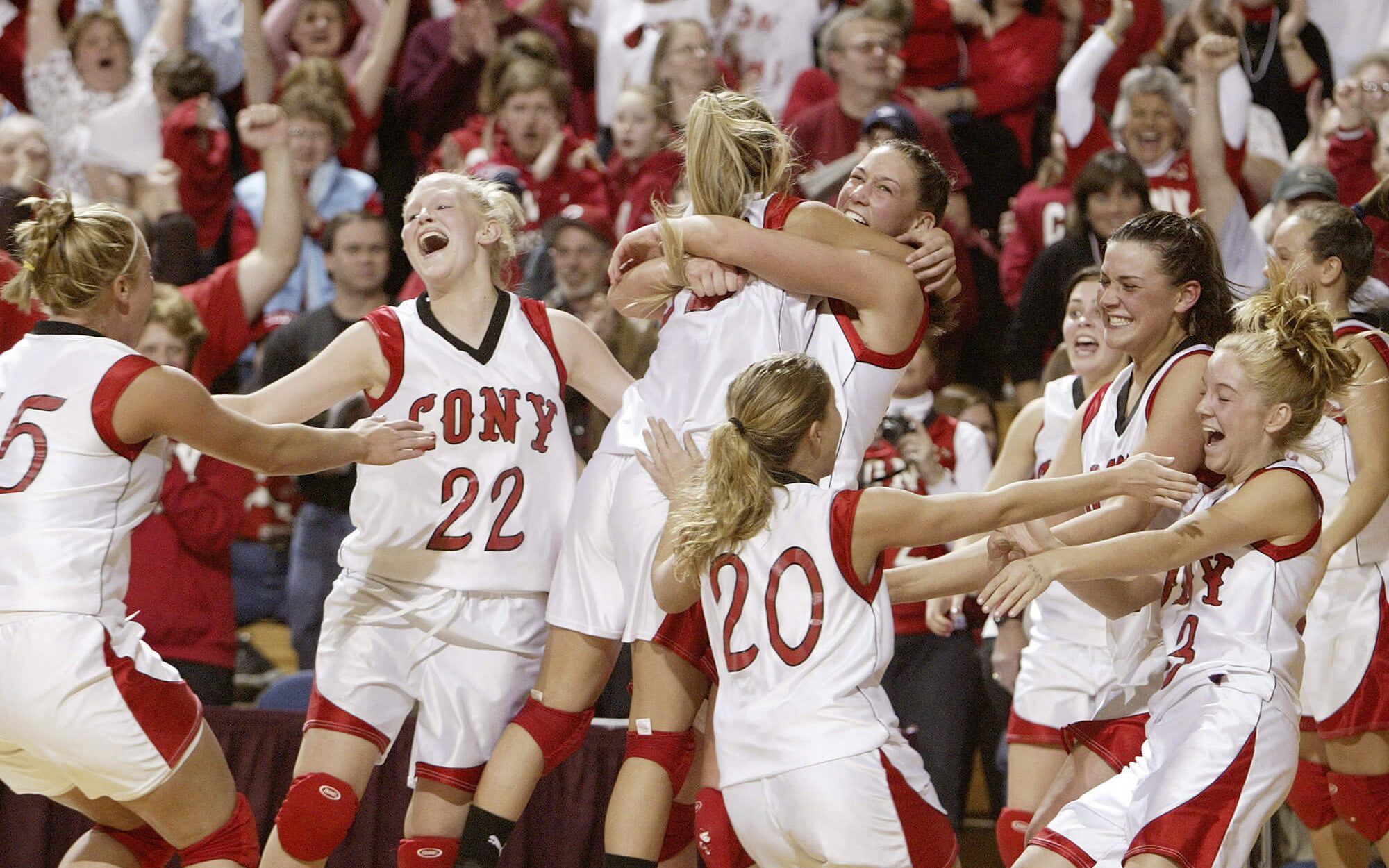 Emily Ellis remembers being in third grade, sitting on the sidelines, sipping a soda and watching her classmates play recreational league basketball. She couldn’t play because girls weren’t allowed and there were no organized girls’ teams.

“The only option was cheerleading. Thanks, no! said Ellis emphatically.

She was finally allowed to play organized seventh-grade basketball with boys, but she had to wait forever to get into the game.

“It fueled my desire to play,” recalls Ellis, who ended up playing at Mt. View High School in Thorndike and the University of Maine.

His number (40) is removed in the attic at UMaine. She was the first student-athlete, male or female, to have her number retired.

Now, Ellis and Maine Basketball Hall of Fame trustees Jen Brooks and Beth Staples are leading a celebration of women’s basketball in the state of Maine.

They encourage girls and women of all ages to share their basketball stories and memories on the Maine Basketball Hall of Fame website for a project related to Women’s History Month and the 50th anniversary of Title IX . A questionnaire for players, coaches, officials, journalists and other sports-related people can be found on the website.

“Beth, Jen and I talked about the need for women’s voices to be heard. We’ve always wanted the same opportunities for our daughters as we did for our sons and that wasn’t the case 50 years ago,” Ellis said.

Ellis admitted that she didn’t think it was fair that she and her UMaine teammates had to train at Lengyel Gym while the men’s team trained and played at Memorial Gym. The women were at least able to play their games at The Pit, she noted.

She spoke about the dramatic impact Title IX has had on female athletes.

Ellis noted that she received an education playing basketball and also got to see the world when she played professionally in Austria and Finland.

She recalled a story told by Maine Basketball Hall of Famer Lisa Blais Manning, who played at Westbrook High and Old Dominion University.

“Lisa is a very shy person, but she talked about how basketball forced her out of her shell and made her a stronger person,” Ellis said.

Those stories could eventually be compiled into a pamphlet, Brooks said, adding that the ultimate goal would be to have a women’s wing or section at the Maine Basketball Hall of Fame inside the Cross Insurance Center in Bangor.

“That would be fantastic,” Brooks said.

Ellis remembers his mother telling him how she played six-on-six basketball in 1961.

“My mom finally got to score and she had over 500 points in her senior year,” Ellis said.

Staples, who is on the Maine Basketball Hall of Fame’s selection committee, said the draft was a point of attention for the Hall since seven of the 2022 inductees are women and two others are entering while Legends is a journalist and longtime sports columnist for the Bangor Daily News. Joni Averill and Tookie Russell, veteran women’s basketball coach at Maine Central Institute of Pittsfield.

The induction ceremony will take place on Sunday, August 28.

More articles from the BDN