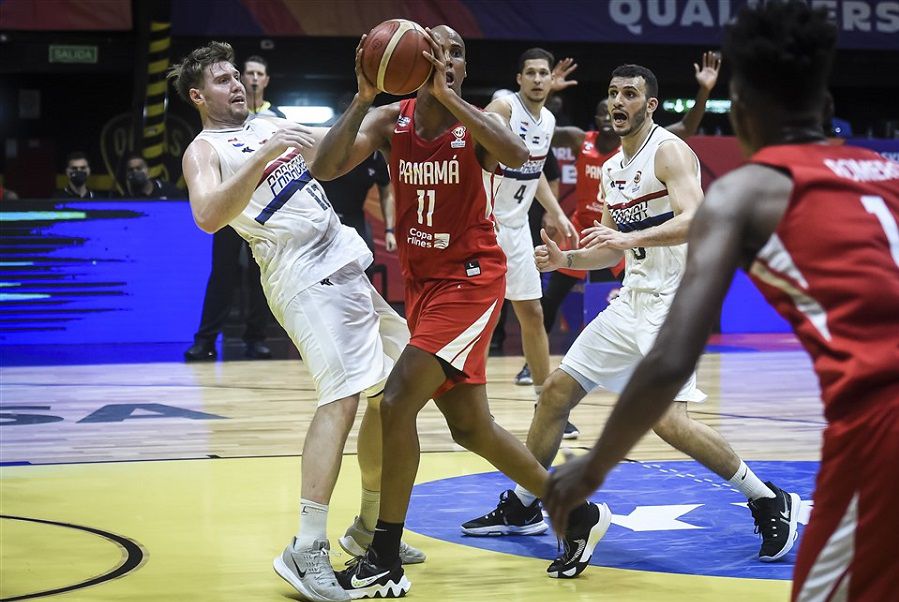 Panama 81-59 Paraguay
Kicking off the action, Paraguay got off to a good start against Panama leading 19-13 after the first quarter with Edgar Riveros scoring six points while Fernando Dose himself added five. Panama shared more of their offensive load as Ernesto Oglive, who scored over 15 points in his two games for Panama in the 2023 World Cup qualifiers, was limited to just four points in the first quarter, leading all scorers.

Ogilvie had already scored 12 points at halftime on 71% shooting, while Trevor Gaskins, Eugenio Luzcando and Eric Romero James all scored six at halftime to help put Panama ahead. Jorge Rojas added eight points at half-time for Paraguay, but as the Panamanian defense limited Dose and Riveros to just two points each, the rest of the bench couldn’t follow to help Paraguay maintain their lead in half-time.

In the third quarter, Ogilvie had already scored another 15-point game, but it was Panama’s ball movement that kept them going offensively as Luzcando led the charge with six assists late in the quarter in addition to four. rebounds and three steals, being a utility player. for Panama on both sides of the ball to extend their lead to nine with a quarter to play. As Paraguay struggled to find a shooting rhythm on offense, Vincenzo Orchipinti controlled the rebounds with six rebounds – all defensive – to keep Paraguay in the game after failing to find the rim.

Although Paraguay managed to stay close for three quarters, Panama’s fourth quarter sealed their first victory in Group A by beating their opponents 26-13 in the final quarter with four players scoring 13 or more points like Ogilvie, Luzcando , Romero James and Trevor Gaskins. all contributed to the victory.

Brazil 85 – 66 Uruguay
Fourteen minutes. That’s exactly how long the Uruguayan defense managed to contain the home side’s attack, with Brazil (3-0 atop Group B) finishing the rest of the way en route to an 85-66 victory Friday night at Ginásio Pedroçao in Franca.

It also coincided with the torrid start of Luciano Parodi, as the Uruguayan point guard netted 10 of his 12 points in the first stanza and the visiting side pulled off a 14-14 draw at the end of the first quarter. . But from that moment on, it was complete domination by Gustavo Conti’s team. Their size advantage quickly turned into a big rebounding advantage, with Brazil finishing the game with a 43-27 lead on the boards – highlighted by a whopping 12 offensive rebounds.

Brazil’s attack was a picture of balance, with four different players scoring in double figures. Vitor Benite and Leonardo Meindl led the way with 13 each, while Yago Santos and Lucas Dias added 11 each. Santos also provided seven assists, while Bruno Caboclo and Augusto Lima had seven rebounds.

This wealth and the magnitude of the contributions allowed Brazil to steadily increase its lead, which reached a dozen points at the end of the third quarter and up to 20 at the end of the fourth. The home defense took care of the rest, holding Rubén Magnano’s side (now 2-1) to 41.1% from the field and just 11 assists from 23 baskets completed. Parodi ended up being Uruguay’s only double-digit goalscorer in a game where they also shot a measly 11 of 17 from the free-throw line. Argentina 58 – 71 Venezuela
Although Nestor García is now coaching on the opposite bench, Venezuela (3-0 in Group A) traveled to Buenos Aires and proved they were the real deal, completing a nearly flawless performance to upset the Argentina, 71-58, Friday night at Obras. Sanitary.

Coached by Fernando Duró, the vinotinto side quickly took the lead midway through the first quarter and never looked back despite multiple attempts by the home side to get back into the game. Their ball movement, athleticism and inside scoring proved enough against a team with several former NBA players – much to the delight of the road crowd, a small but boisterous congregation.

With Garly Sojo’s outside shot (11 points 3/5 from downtown) providing good spacing, Nestor Colmenares shredded the Argentine defense to the tune of 17 points and eight rebounds. Michael Carrera fell just before a double-double with 11 points and nine boards, while Pedro Chourio and David Cubillán provided timely buckets to protect the lead.

Argentina (2-1 after suffering their first loss) were never out of the game but never seemed to get close enough, their icy cold shot from the free-throw line (15 of 30) becoming the main culprit. Venezuela committed 30 team fouls, but García’s side failed to capitalize on a night where they also couldn’t conjure up their magic from beyond the arc ( 5/23 on three points). Nicolás Brussino led the way with 16 points, but star goalkeepers Carlos Delfino and Luca Vildoza (who shot a total of 6 of 18 from the field) failed to have inspired performances and veteran great Marcos Delía (9 points and six rebounds) couldn’t. absolutely impose itself in the painting. 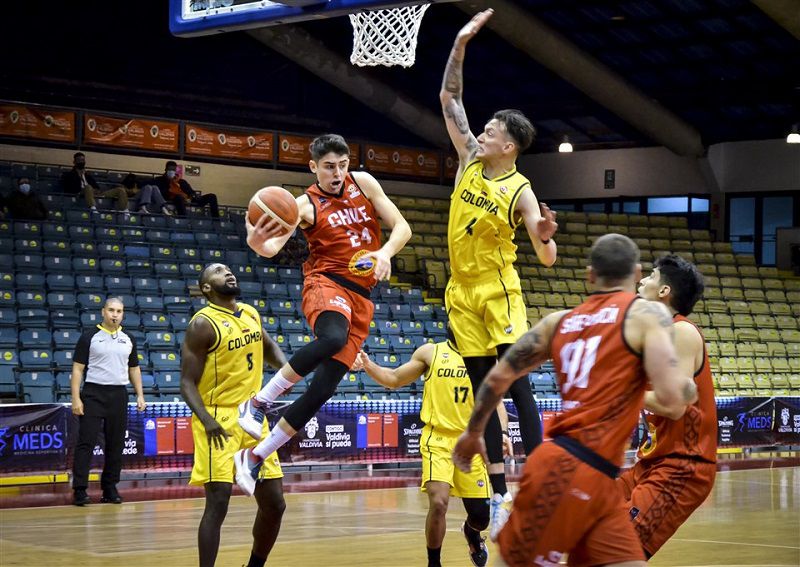 Chile 90-76 Colombia
With both teams also in a position to secure their first group win in strong competition, Chile’s quick attack to start the first quarter proved to be the game-changer for the match as Colombia were unable to close the gap as they fell to Chile 90. -76 and fell to 0-3 in Group B as Chile picked up their first victory.

Ignacio Arroyo and Sebastian Herrera led Chile’s attacking charge while Colombia couldn’t find an attacking rhythm in the first quarter with just two players scoring four points leading the team. At halftime, Colombia only scored 12 points in the second quarter while Arroyo had already scored 11 points at halftime for Chile.

Romario Roque scored 11 points for Colombia in the third quarter, but Chile had three double-digit scorers late in the third, leading by 10 points in the final 10 minutes with Arroyo, Herrera and Franco Morales all on 10 or more. Tonny Trocha and Soren de Luque controlled the boards for Colombia, but unable to stop the force of the Chilean offensive, it was too much to handle.

In the end, Chile had the advantage in their scoring power despite being overtaken by Colombia and unable to find an answer for Roque, but having five scorers with over 10 points was the closest as Marcelo Perez added another 10 points. De Luque, Trocha and Pablo Gardner all scored more than 10 points each for Colombia, but no other player scored more than six points.

FIBA: UK and Netherlands take a stand against Belarus and Russia following invasion