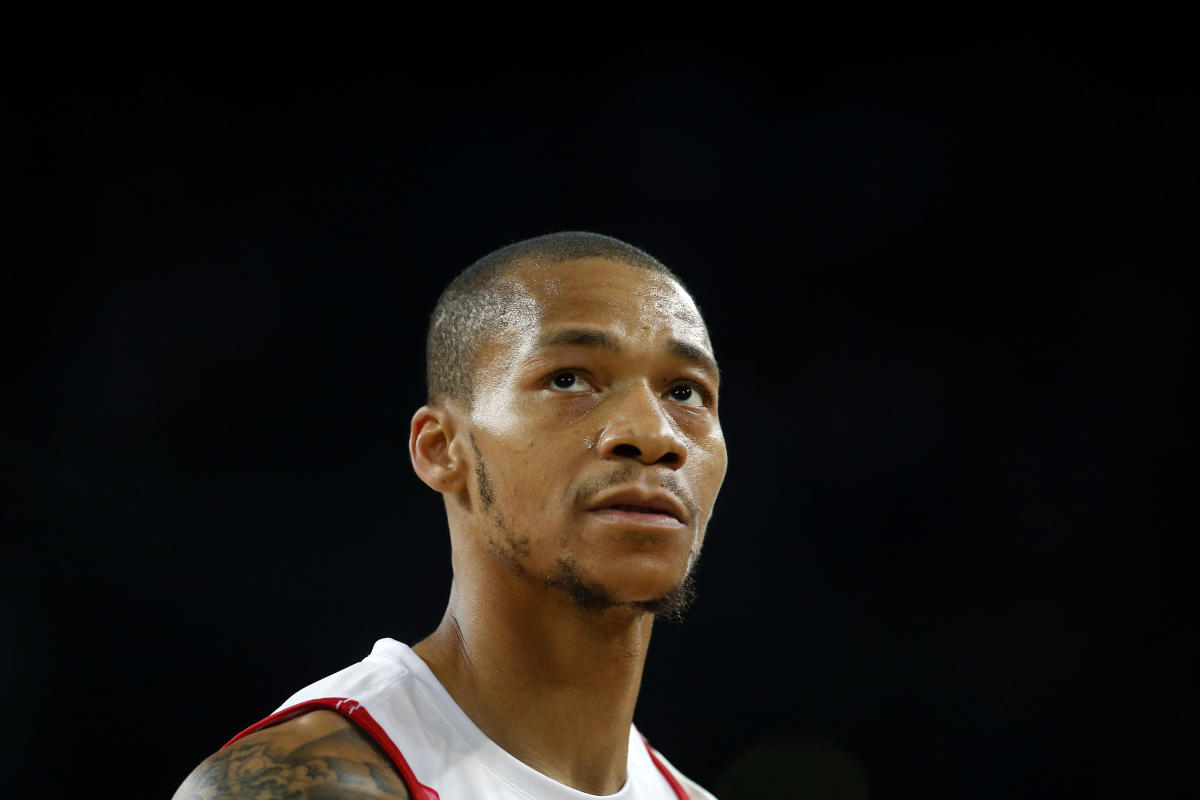 Professional basketball players try to flee the war with Russia

Friends and family in America would send Randle press reports detailing The extraordinary military build-up of Russia along its border with Ukraine. They then begged the Chicago native to pack up his things and get home before it’s too late.

For Randle and other Americans playing basketball in Ukraine this season, fleeing has rarely been a simple decision. This often meant defying the wishes of their clubs, breaking their contracts and jeopardizing their ability to earn a living, all for a potential invasion that no one could say for sure was actually imminent.

While the United States and other countries warned for months that Russia was positioned to launch a multi-pronged attack, the mood in Ukraine was much less serious. Restaurants remained open. Schools too. The Ukrainian president even called for calm, proclaiming at the end of January: “There is a feeling abroad that there is war here. This is not the case.”

It was only this week that the Ukrainian SuperLeague finally halted its season. The league’s dozen clubs previously downplayed the likelihood of a Russian invasion while pledging to help their foreign players return home safely in case war broke out.

American players who earlier recognized the dangers of staying in Ukraine usually had to choose between staying in a potential war zone or sacrificing their main source of income. Despite the growing threat of war, Ukrainian clubs were unwilling to release foreign players from their contracts and grant them permission to finish the season elsewhere

“These teams basically held us hostage,” Randle said. “It was like you stayed here or you couldn’t play anywhere. It’s pretty messed up. That’s pretty backwards for me. I don’t think it’s fair for them to be able to do that.

More than 30 Americans have spent at least part of this season playing in the Ukrainian league, according to team rosters found on EuroBasket. The list includes NBA first-round picks like Archie Goodwin, NCAA tournament heroes like DJ Cooper and McDonald’s All-Americans like Isaac Hamilton.

It’s hard to estimate how many American basketball players remain in Ukraine, but it’s obvious that at least a few haven’t made it out before explosions rocked Kiev and other major cities early Thursday morning. Today, airports are closed, roads are blocked and underground train stations serve as bomb shelters, leaving Ukraine no easy way out for civilians seeking safe refuge.

Among those still trying to get home on Friday are former Long Beach State guard Mike Caffey and former Indiana guard Mo Creek.

Caffey, a Randle teammate in Kyiv, tweeted on Friday that he was still stuck in the Ukrainian capital but hoped to leave “soon”. He spoke with a German outlet the day before and describes life in a war zone as “scary” and “exhausting”.

Creek is entrenched in Mykolaiv, dividing his time between the apartment where he was staying and an underground bomb shelter. When an Indiana basketball podcaster encouraged listeners to donate to an organization that helps rescue Americans overseas, an emotional Creek tweeted, “THANK YOU SO MUCH, IT MEANS A LOT TO ME, YOU HAVE NO IDEA.”

Two other Americans – a player and a coach – were in an even worse situation. When Randle spoke to them Thursday night, they were driving in the dark, slowly heading towards Poland. They had been on the road for four hours, Randle said, but were only halfway to their destination.

One of agent Charles Misuraca’s two American players who played in Ukraine was also briefly blocked. The player opted to stay with his Odessa-based team against Misuraca’s advice because he wanted to continue earning money and because club officials assured him he would be safe. On Friday, with his team unable to arrange a flight out of the country, the player managed to escape to Romania by bus.

“These guys were caught between the dilemma of basketball and life,” Misuraca told Yahoo Sports. “If they don’t get their permission letter, they can’t play anymore. But if they stay and play basketball, they may find themselves in the middle of a war.

Where are the Russian forces surrounding Ukraine? Check out this explainer from Yahoo Immersive to find out.

While some American players managed to get to safety a few weeks ago, others fled Ukraine just days before the Russian attack began.

Troy Barnies, a 6-foot-7 forward from Maine, for weeks defied recommendations asking American citizens to leave Ukraine. He stayed with last-placed Mykolaiv because his Ukrainian teammates told him Russia “always did stuff like that” and because club officials insisted they “had a plan and would take care of it.” we “.

“Nobody thought something like this was actually going to happen,” Barnies told Yahoo Sports.

It wasn’t until Sunday morning that Barnies received a call from his agent telling him it was too dangerous to stay in Ukraine any longer. Acknowledging that “life is way more important than basketball,” Barnies told his team he wanted out – even without his release papers and final paycheck. Early Monday morning he was on a plane to Norway, where he is currently staying with his wife.

“I got out of Ukraine before the panic and the scary things started happening,” Barnies said. “I feel very lucky to have left the country when I did. If I had only stayed two more days, I would definitely still be stuck there.

The handful of Americans who play for Ukraine’s top team also left the country before Russia launched its offensive. On Monday, Prometey players and staff moved to a spa town outside of Prague, where they will try to block out what is happening in Ukraine and focus as best they can on the upcoming Basketball matches. Champions League.

Perhaps the luckiest of all was Randle, who stayed with his Kyiv-based team despite warnings from friends and family, but was out of the country when Russia’s onslaught start. Randle, a dual citizen, has played for the Ukraine national team since 2015. The former Cal point guard joined the national team in Spain on Tuesday ahead of a World Cup qualifier on Thursday night.

An exhausting and emotionally draining Thursday for Randle began early in the morning with media reports of fleeing civilians and cities shrouded in black smoke. Friends in Ukraine sent Randle pictures of themselves huddled underground alongside hundreds of other people because they felt unsafe at home.

Randle thought Thursday night’s qualifier against Spain would be called off but, remarkably, that didn’t happen. Ukraine showed incredible strength in an 88-74 loss to the heavily favored Spaniards. When the sold-out crowd at the Palacio Vista Alegre arena gave them a standing ovation after the game, many Ukrainian players cried at the heartfelt show of support.

“Seeing the faces of my Ukrainian teammates was quite emotional,” Randle said. “These guys are super brave to come out and play this game. They were thinking of their families back home and hoping everyone was okay.

Randle won’t be returning to Kyiv anytime soon. With the Ukrainian league on hiatus, he was able to obtain a clearance letter. He intends to sign with a new team soon, possibly in Spain or Iran.

Wherever he goes, his thoughts are with the people of Ukraine, fellow national team members and stranded American players who need to find their way home.

“I feel like an idiot for believing everything would be okay when it wasn’t, and it isn’t,” Randle said. “Ukraine is currently in a bad place. I have met some really good people here who are scared for their lives. I would be heartbroken if anything happened to them.