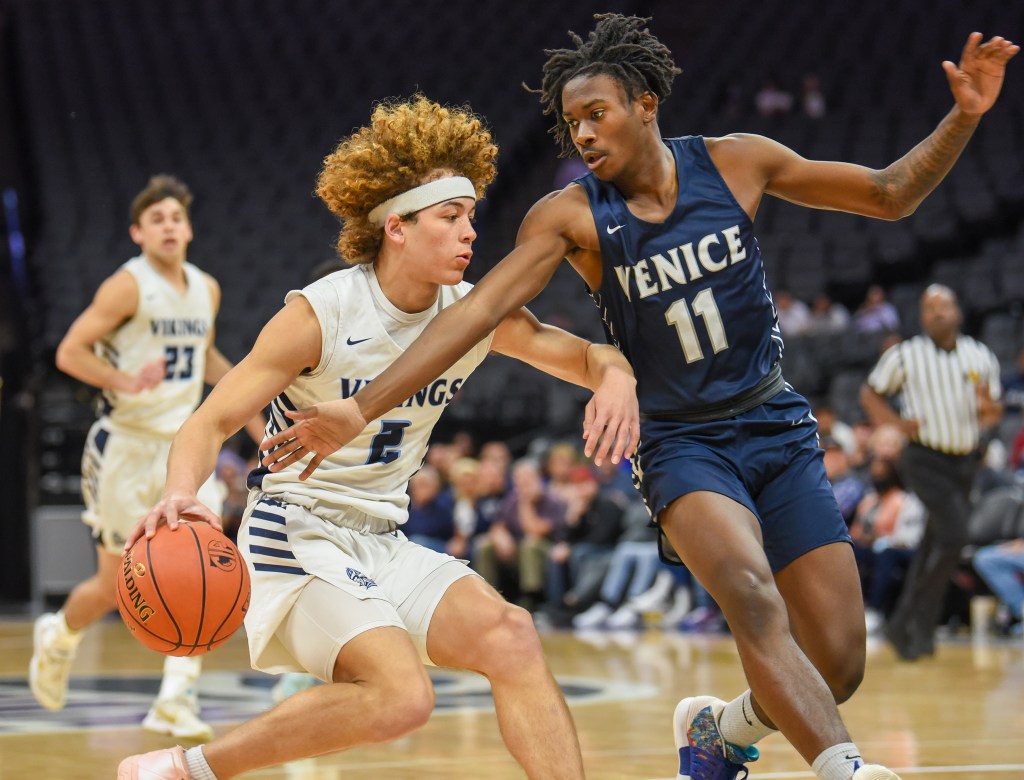 CHICO — The Pleasant Valley boys’ basketball team has looked stellar since the start of the 2021-22 season. The Vikings have won their last 16 games and capped off their season with victory in the CIF Division II State Championship game against Venice at the Golden 1 Center in Sacramento.

All three Vikings losses have come against Division I or higher opponents, and PV nearly beat DI Granada in their second game of the season. The Vikings lost 56-51 in overtime after leading by four points early in the fourth quarter.

Four of the Vikings’ five starters have landed on the top two teams in the All-Northern Division announced Friday, the most by any team out of the three teams. PV head coach Tim Keating won Coach of the Year honors.

All-Northern Section teams are voted on by North Section sportswriters including Aaron Williams, Chip Thompson of the Red Bluff Daily News, Jeff Larson of the Marysville Appeal-Democrat, Ethan Hanson of the Redding Record Searchlight and Justin Couchot of the Chico Enterprise-Record.

“In terms of accolades, they got their accolade, they won the state title,” Keating said. “At this point the individual things are great and it’s great for the kids, but we had the big team thing and that was important. That’s the good thing about these kids, I don’t think they cared as much because they wanted to hit the jackpot as a team.

Kremer will be the only returning player of the four to next year’s squad, as Joyce, Thomas and Mitchell will graduate in 2022.

“We watch so many movies and at the end we were always saying we have to stop these two guys, but they have to stop these four guys for us and that was the most important thing for us,” Keating said. “Noah got ridiculous in the aftermath. He started to leave. Most of the time, all four were within 14-16 points. As a coach, it’s a dream come true.

Durham finished its season 26-5, 10-1 in the Sacramento Valley League under new head coach Matt Stanley. Webb averaged 14.2 points per game and 6.8 rebounds per game, leading the Trojans in both categories.

Las Plumas’ Luke George was named to the All Sections Third Team as a guard. In a season the Thunderbirds went 19-10 and 11-1 in the Butte View League, senior George averaged 18 points per game, 9.5 rebounds per game and 3.3 assists. decisive per game.

As for Coach of the Year honors, Keating called it humbling. In his 32nd year in coaching, he’s still reminding young coaches that he’s still learning – this year and last year as much as any. Keating said he’s gotten to know the players off the basketball court better over the past five years more than anything.

“My staff too, we connect really well with our kids and get to know them, and so we’re not just barking dogs all the time,” Keating said. “We bark at them, but they know us outside the gym. We do social things, we eat with them, we spend way too much time with them, but we love spending time with kids because they’re fun.