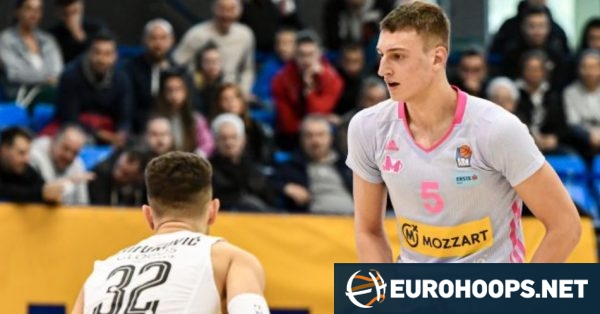 Serbian striker Nikola Jovic declares himself for the 2022 NBA Draft

Serbian striker Nikola Jovic has submitted documents to the NBA office to make himself eligible for the 2022 draft, his agent has told ESPN.

He joined Mega in 2018 and has been with the club ever since, making his senior debut at the start of 2021 and taking on a bigger role this season. Jovic also made his senior debut for the Serbian national team, posting 13 points, seven rebounds and three assists in a FIBA ​​World Cup qualifier against Slovakia in February.

Jovic put his name on the map in March 2021, when he averaged an impressive 29.3 points, 10.3 rebounds, 4.5 assists and 1.8 blocks at the Next Generation tournament in Belgrade.

At the FIBA ​​Under-19 World Cup last summer, he was named to the All-Tournament Team alongside projected top-five picks Chet Holmgren and Jaden Ivey, as well as favorite presumed No. 1 of 2023, Victor Wembanyama.