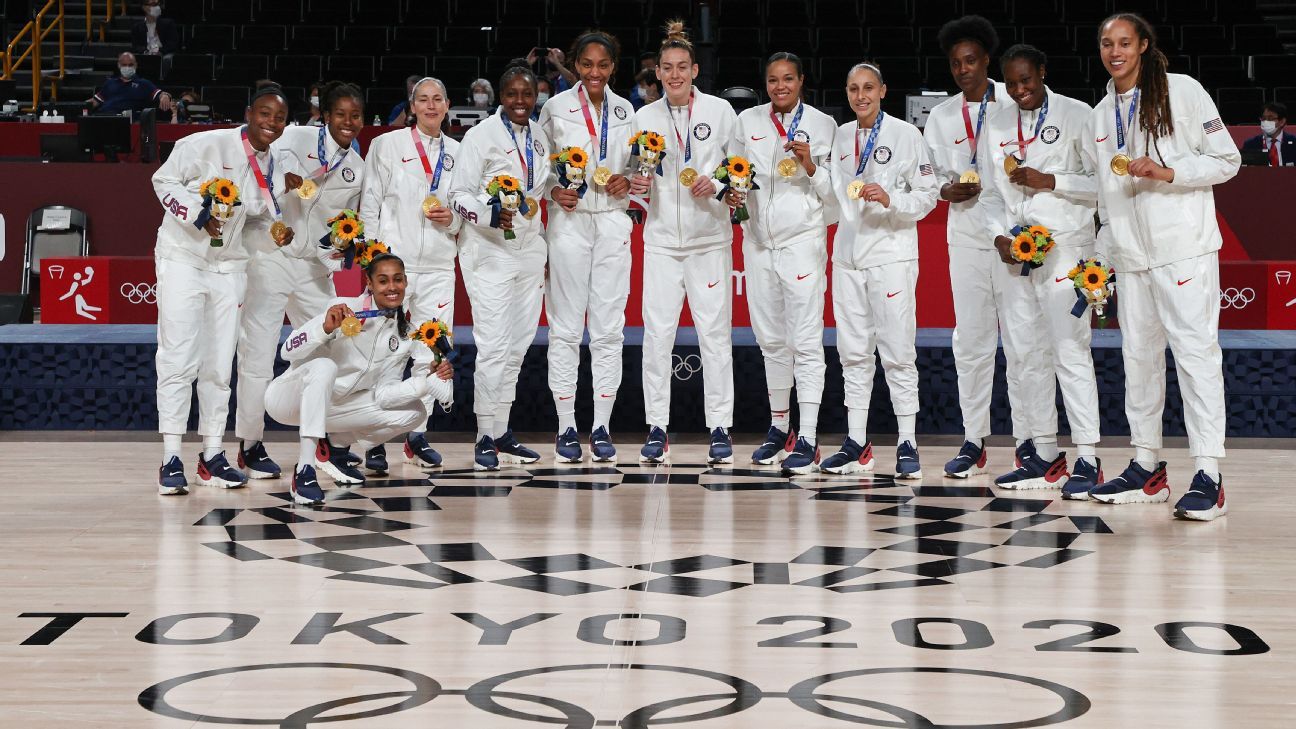 Six former Olympians will be on the roster of the United States squad for the FIBA ​​Women’s Basketball World Cup Qualifying Tournament in Washington, DC, which kicks off Thursday and ends Saturday.

USA Basketball wrapped up a training camp this weekend in the nation’s capital, after which the 12-member squad was named. It includes Ariel Atkins (Washington Mystics), Chelsea Gray (Las Vegas Aces) and Jewell Loyd (Seattle Storm), who were part of the gold-medal winning 5-on-5 team in Tokyo, and Stefanie Dolson (New York Liberty), Allisha Gray (Dallas Wings) and Kelsey Plum (Aces), who were part of the 3-on-3 team that won gold.

Other players on the list are Natasha Howard (Liberty), Brionna Jones (Connecticut Sun), Kayla McBride (Minnesota Lynx) and Kelsey Mitchell (Indiana Fever), all of whom have previous experience in the game of American basketball and members of the American team for the first time. Dearica Hamby (As) and Alyssa Thomas (Sun).

The head coach is Lynx’s Cheryl Reeve, who was a 5-on-5 assistant at the Tokyo Games.

The United States have already qualified for the FIBA ​​World Cup thanks to their Olympic gold medal. But the Americans are still playing in the qualifying tournament, as it’s a good competitive event to help prepare for the World Cup, which runs from September 22 to October 22. 1 in Australia.

Some of the most familiar names in competitive American basketball in recent years, such as five-time Olympians Sue Bird (Storm) and Diana Taurasi (Phoenix Mercury) and four-times Tina Charles (Mercury) and Sylvia Fowles (Lynx) Olympians. , are still competing in the WNBA but will likely not play for the national team again.

Fowles said it would be his last WNBA season, and Bird said it was likely to be his last as well. Other players such as Elena Delle Donne (Mystics), Angel McCoughtry (Lynx) and Breanna Stewart (Storm) attended training camp but were unavailable for the tournament as they are returning from injuries that plagued them. all prevented (Delle Donne, McCoughtry) or part (Stewart) of the WNBA season last year.

Players such as A’ja Wilson of Las Vegas and Brittney Griner of Phoenix will not participate in the qualifying tournament, but are likely to make the roster for the World Cup.