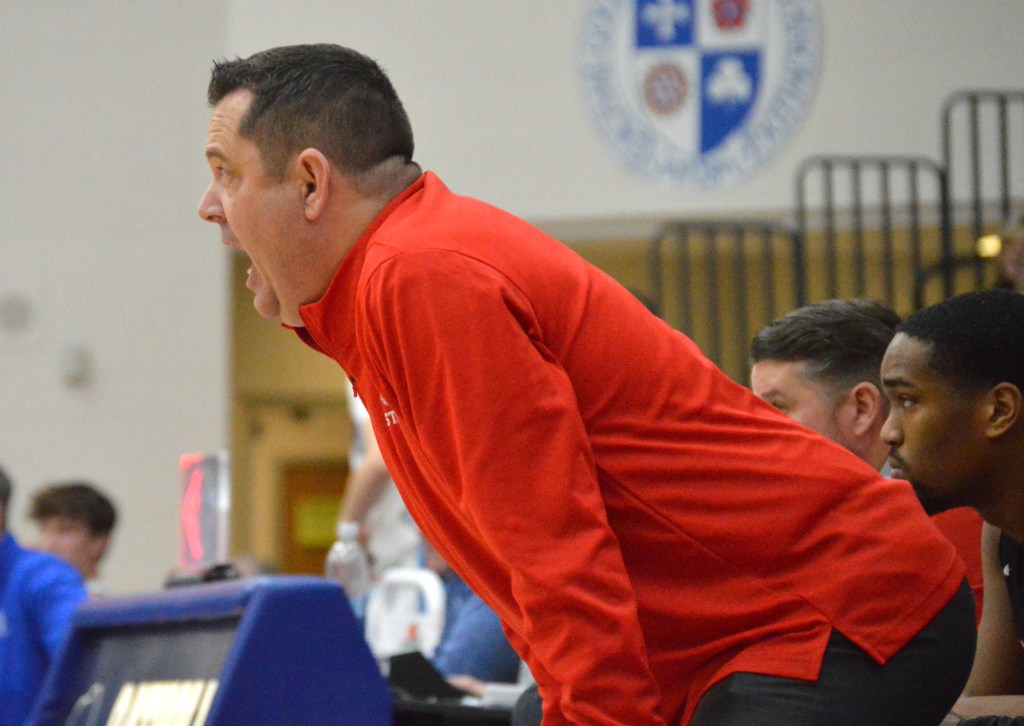 With five top-10 men’s basketball teams, Catholic League Central is a study of parity, as well as excellence – The Oakland Press

Perhaps the best coaching seat in the house for last Friday’s clash in the Catholic League Central Division belonged to Birmingham Brother Rice head coach Rick Palmer, who used the goodbye to relax and take his daughter to a dance while everyone was fighting. at the top.

“It really is. Like, I hate games. I just prefer to practice. These kids don’t want to, but I prefer to practice. But yeah, those nights are fun when you get the bye. I get a bye until the end of next week. So I’ll go watch a game and relax,” laughed Orchard Lake St. Mary coach Todd Covert. “We were on a little text channel the another day with the coaches – our own coaches – and I’m like, you know, everybody could end up 4-4. Wouldn’t that be something? And you know what, that could happen, right?”

Going into the final week of the league season, Detroit UD Jesuit have the best chance of avoiding that fate, holding themselves 4-2 in the league, with Covert’s OLSM (4-3) close behind, followed by Palmer’s Brother Rice (3- 3). Warren De La Salle (3-4) and Novi Detroit Catholic Central (2-4) round out the split.

But that doesn’t really explain how good these teams are all.

All five have eight or more wins.

And the five schools in the Catholic League’s Central Division made up half of the top 10 in Division 1 of the Associated Press state rankings last week, along with OLSM (No. 2) and CC (No. 5). ) in the top five, Brother Rice and UD Jesuit tied at No. 7 and De La Salle at No. 9.

“Like, we’re going to lose tonight. And you know, when it comes to that, we’re going to go down a bit in the rankings you want to put us in, but it’s so good,” CC coach Brandon said. Sinawi. “It’s so fun to be a part of it. … It’s really hard too. We have to mentally wake these guys up, every night. And when you get into a funk, like we are right now, losing on Tuesday and tonight, it’s not like we have an easy one coming in. You know, we got Brother Rice coming here on Tuesday and, and they’re as good as anybody else in the league. then we have to go to UD so it’s intense but we wouldn’t want it any other way. Or MPR is there for a reason. We want to be challenged. We’re building our team here to race in March. And the Catholic League helps us do that. But it’s fun to be a part of it – great players, great coaches, great teams s.

Ranking is just as complicated.

UD Jesuit parted ways with Brother Rice and beat CC and OLSM, but avenged a first-meeting loss to De La Salle with a 61-41 win on Friday. The Pilots, Division 1 semi-finalists last year, started the league run 0-2 but won three of their last four heading into Friday’s game against UD Jesuit, beating the Cubs, Brother Rice and CC, sandwiched around a defeat against OLSM.

Good. Nobody else does.

This unpredictability is what makes it so wild.

“It’s parity. It’s so equal. I mean, really, anyone can beat anyone. I mean at one point, two games ago, we were tied for first and now we’re last, you know, so it’s like everyone is fighting, which we knew that would happen. And it’s like I said, it’s just, it’s something special,” Sinawi said. “I’ve never been in a league like this. I’ve been in leagues where you have talented players in teams, but not collectively at all levels. You know, we’re going to have five teams for the playoffs in March, and, you know, hopefully one of us can lift the trophy at the end. …