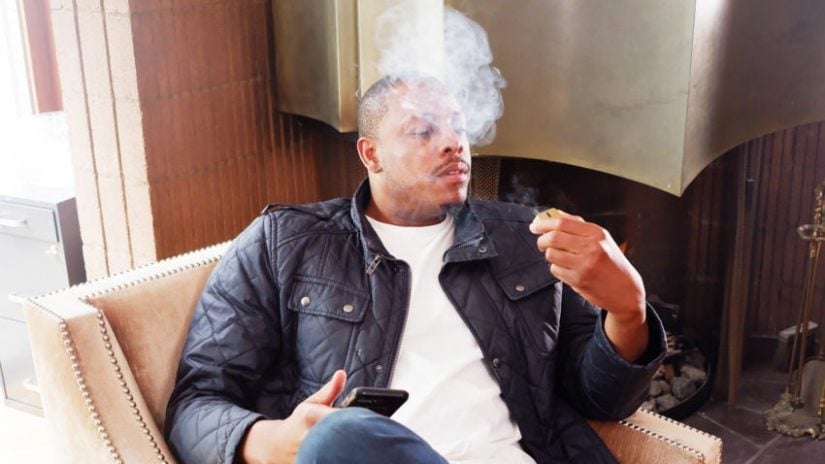 Like regular cannabis users, professional athletes also enjoy a puff once in a while. Marijuana is said to improve concentration, reduce pre-game anxiety and calm nervousness. Is it any surprise that there are a lot of basketball players who smoke weed?

Wondering which of your favorite team members likes to smoke buds from easy seeds for beginners and other varieties of marijuana? Keep reading to find out 17 basketball players who smoke cannabis.

The National Basketball Association stopped testing players for marijuana during the 2020-21 season. This policy continued through the 2021-22 season, with many speculating that cannabis testing will remain suspended in future seasons.

As a result, many NBA players smoke weed. Ready to find out who the most prominent cannabis-friendly athletes are?

Here are 17 current and former basketball players who have smoked marijuana:

This former shooter retired from professional basketball in 2020. After his departure, JR Smith revealed that he was one of many NBA players who smoked weed, although it wasn’t really a secret.

In 2012, he was spotted holding a blunt while vacationing with Rihanna. Some fans even thought JR Smith was stoned in Game 1 of the 2018 NBA Finals. He sadly forgot about the tied score and held the ball idly as the clock ran out of time.

This professional athlete is widely regarded as one of the best freshman college basketball players of the 2000s. He has also been linked to heavy cannabis use. David Kahn once said that Michael Beasley was a “kid who smoked too much marijuana”.

In 2008, police responded to a fire alarm in the hotel room of Beasley and two other NBA players who were smoking weed. They noticed a strong smell of cannabis but found no hard evidence. Michael Beasley was involved in several drug-related incidents from 2008 to 2019.

This athlete is considered one of the greatest basketball players of all time. He won four NBA championships, two Olympic gold medals and numerous high-rise awards. Does LeBron James smoke marijuana?

In his book Shooting Stars, he admitted to using cannabis in high school. He also described how he and his teammates once smoked weed in a hotel room. In 2013, LeBron James was seen with a concentrate pen spray during the NBA Finals.

This retired athlete is undoubtedly one of the most well-known basketball players who smokes weed. A quick search online reveals numerous photos and videos of Lamar Odom using cannabis. He is also known to use other substances, including alcohol and cocaine.

His love of marijuana has caused him a lot of heartache throughout his career. In 2001, reports surfaced that his drug addiction was the reason he lost basketball’s No. 1 spot. He also failed several NBA drug tests, with some Clippers fans alleging he smoked a joint before every game.

This former basketball star is one of the top scorers of all time. He is also considered one of the most influential players in NBA history. After his retirement, Allen Iverson revealed that he was an NBA player who smoked weed early in his career.

In 1997, he and his friends were pulled over by the police for speeding out of season. The incident resulted in his arrest for carrying a concealed weapon and possession of cannabis. He was sentenced to community service.

This professional basketball player is considered one of the greatest shooters in NBA history. When Klay Thompson still had Twitter, he regularly posted Bob Marley quotes and talked about reggae music. Does Klay Thompson smoke weed, though?

In 2011, he was arrested for possession of cannabis in his car. When asked if he supported recreational use, Thompson replied that marijuana should only be used for its medical benefits. He believes that cannabis is extremely beneficial for those struggling with pain.

This former NBA player is one of the greatest cannabis advocates in professional sports. He has opened up about his marijuana use, making him one of the most well-known basketball players who smokes weed.

Matt Barnes started using cannabis when he was 14 years old. He continued to use it in college and as a professional athlete, recently revealing that he still smokes marijuana to this day. Matt Barnes failed two drug tests during his career, but said he smoked weed less over the season.

This retired basketball player is close friends with Matt Barnes, which immediately implies he’s another NBA player who smokes cannabis. The duo run a weekly podcast titled All the Smoke with Matt Barnes and Stephen Jackson.

Stephen Jackson has admitted that he used to smoke weed before all of his matches to calm his nerves. He also said his coach, Don Nelson, knew about it and would touch the five players who had passed their drug tests.

This retired athlete, often referred to as Z-Bo, is said to be on the list of basketball players who smoke weed. Zach Randolph has been involved in numerous incidents involving cannabis, underage drinking and physical altercations.

He was arrested for possession of marijuana with intent to sell in 2017. All charges were dropped and he was only cited for delaying a police officer. Zach Randolph says a sleazy dealer nearly ripped him off in 2011, but he managed to get his belongings out unscathed.

This professional athlete is undoubtedly one of the highest rated players in the NBA. Besides being a brilliant sportsman, he is a big marijuana activist and one of the many weed-smoking basketball players. Its ultimate goal is to de-stigmatize the use of weed in professional sports.

Kevin Durant currently sits on the advisory board of Canopy Rivers, a cannabis investment and acquisition firm. He recently announced a partnership with a marijuana e-commerce website. Kevin Durant once posted a photo of himself smoking on Twitter, but then claimed his account had been hacked.

There’s no hard evidence to prove that this legendary old-school NBA player smoked weed, but he definitely smoked cigarettes. Cannabis breeders have even named a well-balanced hybrid marijuana strain after her.

Musician John Cougar Mellencamp said he regularly drank and smoked with Larry Bird and Kevin McHale after games. When former basketball player Al Harrington was asked if he thought his then-coach, Larry Bird, ever smoked a joint, he said yes.

This former professional basketball star is known to be one of the best defensive players of all time. There’s a lot of history between Joakim Noah and weed to assume he’s an avid marijuana user.

Reports say he was expelled from an exclusive high school in Brooklyn for smoking weed as a teenager. In 2008, he was charged with possession of cannabis and a bottle of liquor opened in public. A few years later, Joakim Noah was spotted shopping for bongs.

This professional athlete was named one of the 75 greatest NBA players in history. Is Carmelo Anthony one of the many basketball players who smoke weed? It is believed that he used pot regularly before he got big, with numerous marijuana-related incidents occurring during his career.

In 2004, Carmelo Anthony was cited for possession of cannabis at Denver International Airport. He claimed it belonged to his friend, who then signed an affidavit to affirm this statement. Carmelo Anthony has also been linked to driving under the influence and fighting at games.

This former basketball player is known for his passion and intensity, which has led to frequent clashes with officials and opponents. He holds the league record for most technical fouls and ejections in a single season.

Rasheed Wallace was thought to be an NBA player who smoked weed. In 2001, he and his friends were pulled over for speeding after a game in Seattle. Officers found approximately 40 grams of cannabis in the car and Rasheed Wallace accepted a plea deal.

It’s a well-known fact that Vlade Divac constantly smoked cigarettes – he could be seen puffing before and after games, at half-time and during training. He even lit one as soon as he got off the plane when he first landed in America.

This former professional basketball player hails from Serbia but has spent most of his career playing in the NBA. What’s the verdict on Vlade Divac smoking marijuana? Some fans believe he got into cannabis on the side, but there is no real proof.

This former basketball player was the first NBA player to carry the Olympic torch and light the Olympic cauldron. He twice won the Most Valuable Player award and appeared in 18 NBA seasons.

Steve Nash was once asked if he used marijuana. His response was “I’m from Vancouver”, which supposedly implies that he does. After his retirement, Steve Nash revealed that he was one of the many basketball players who smoked weed. He says he mainly uses indica strains to fall asleep.

After retiring from professional sports, Cliff Robinson became an entrepreneur in the cannabis industry. He sold various cannabis products through his company Uncle Cliffy. He was a huge advocate for the legalization of marijuana and supported cannabis reform laws in various states.

This former NBA player has smoked weed throughout his career. He used it to relieve anxiety, reduce pain, and ward off unwanted side effects from pharmaceutical drugs. Cliff Robinson said his long and successful NBA career was mostly attributed to his regular marijuana use.

Cannabis has many recreational and medical benefits, so it’s no surprise that professional athletes also enjoy smoking marijuana. As cannabis continues to become an acceptable substance, the list of basketball players who smoke weed is likely to grow.

Want to support the marijuana legalization movement? Join cannabis activist groups, educate yourself and others, and vote for positive change.

Douglas Kester, a cannabis cultivation expert at Seed Bank I49. He has worked in the cannabis industry for over 10 years. During this period, he has acquired extensive experience and in-depth expertise in this field. Douglas has a detailed understanding of all aspects of marijuana, from its culture and species to the effects it brings. He is also aware of all the nuances of cannabis-related legislation.