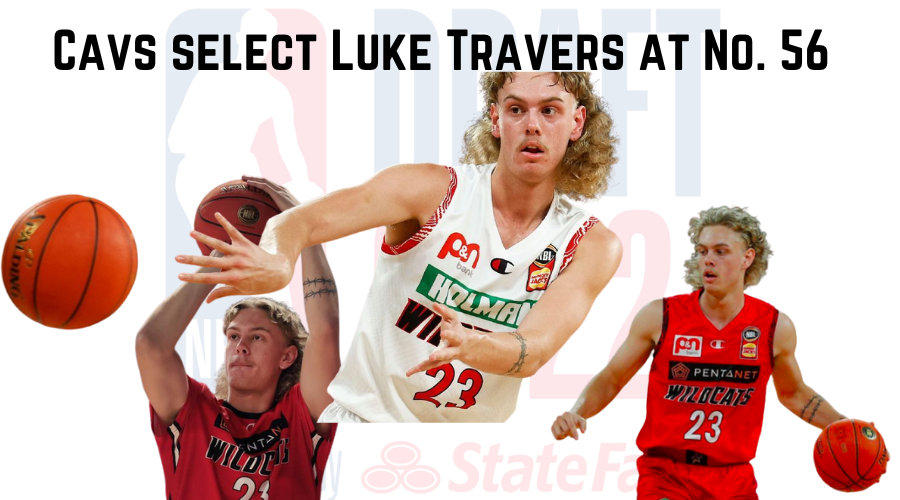 Surprisingly, the Cleveland Cavaliers made no trades Thursday night and used all four picks. With their fourth (and final) pick of the night, including their third second-round pick, the Cavs selected Australian guard Luke Travels with the No. 56 pick in the NBA Draft.

Considered one of Australia’s most wanted prospects, the 20-year-old decided to stay home and play in the NBL instead of going to university (and playing) in the United States . A part of the Perth Wildcats since 2019, Travers averaged 7.8 points, 5.4 rebounds and 2.3 assists while shooting 41.7% from the field and just 25% from long range in 22 minutes. per game last season.

The 6-foot-8, 200-pound guard is known for his versatility. The shooter can face positions 1 to 3 defensively and be a 1, 2 or 3 on the offensive side of the field. His size and versatility are what prompted a number of American colleges to pursue him before last season.

Travers helped lead Australia to the FIBA ​​U16 Asian Championship while being named to the second team of all tournaments and was also part of Australia’s U17 FIBA ​​World Cup squad.

Like Diop, who the Cavs selected earlier in the draft, Travers will also be a draft and hideout player. His slender height and average (at best) three-point shooting are two of his flaws and that’s why he still has a lot of development to do before he potentially makes it to the NBA.

A 6-8 guard with a 6-10 span and strong versatility, Travers has played all the way for Perth in recent seasons, slipping from point guard to small forward positions at both ends of the field. Travers’ lightweight frame, funky shooting mechanics and average speed/explosiveness are things he’ll need to improve in the Australian NBL to position himself as a more immediate NBA contender, but he’s a great all-around basketball player, a lock to become a Boomers national team player and will likely get the chance to show his game translates later.