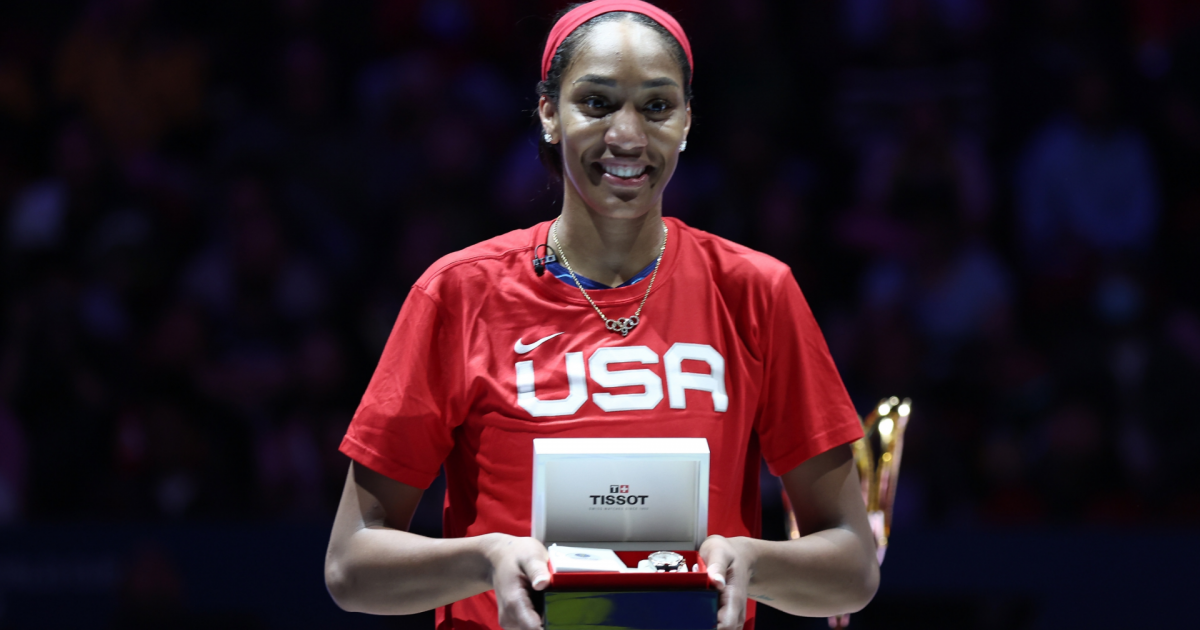 The champagne kept flowing for the 26-year-old, who chased her championship title in Sydney, leading the United States to their fourth consecutive FIBA ​​Women’s World Cup title.

Although she arrived late and missed the first two games of the tournament as she celebrated the Las Vegas Aces championship, she went from the parade to the airport and took to the ground in Sydney without miss a beat.

You thought A’ja’s content was over?!? Think again 😂😂😂@_ajawilson22 was 𝐌𝐈𝐂’𝐃 𝐔𝐏 right after the finale and the content is exactly as good as expected 🙃🙃🙃#FIBAWWC X @usabasketball 🇺🇸 pic.twitter.com/3DT0emEAVs

The Aces star averaged 17.2 points, 7.5 rebounds, 2.2 steals and 1.3 blocks at the World Cup, enough to earn him a spot in the All-Star Five, as well as honors tournament MVP – finishing the tournament with a team-high 19 points, to go with five rebounds and two steals in the gold medal game.

“I’ve been here before, I’ve had players where A’ja is, where you win a WNBA championship, you come and you win gold,” the USA head coach said. Cheryl Reeve after their gold medal victory.

TSN’s Jordan Greer dubbed Wilson’s 2021-22 one of the ‘greatest individual seasons in league history’ as she became the second player in WNBA history alongside Sheryl Swoopes, to win Defensive Player of the Year, Most Valuable Player of the Year, and a championship. in the same season

Prior to Wilson, only four other players had won DPOY and MVP in the same season.

I have to let God’s light from within shine brighter than the spotlights that are on you! 🤍🥹 truly blessed https://t.co/ZCmSd3z4Pp

“That’s why you sacrifice yourself,” Wilson said after the World Cup final.

“My teammates hold me accountable. They put me in the best situation so I didn’t really feel tired. This is what we live for.

“Honestly, it’s my job and I love my job. I love what I do and now I can go to sleep. I’m so excited. My bed is literally calling my name.”

With a bag full of trophies to her name, it’s fair to say she’s earned her rest.