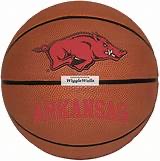 Arkansas basketball has a rich history, and while the Razorbacks have had some of the best players in the game over the years, they’ve also had their fair share of disappointments. Rising stars from college basketball to some of the most famous players in the NBA, here is a list of some amazing players from Arkansas:

Sidney Moncrief, who played at Arkansas from 1975 to 1979, was a three-time All-American and can be credited with putting the Razorbacks’ basketball program on the national map.

Shooting guard accolades include playing in the NBA All-Star game for 5 consecutive years. In addition to his consensus First Team All-American designation in one of those seasons (1979), he was also named a Consensus Second Team All-American in 1979. His average of over 20 points per game during four seasons surely makes it worthy of its place on our list.

Another remarkable player in Razorbacks story, Joe Johnson spent his college days playing for the University of Arkansas. He was named the state’s Mr. Basketball in 1999 and made the NBA All-Star team 7 times.

When he turned pro, he was drafted tenth overall by the Boston Celtics, where he stayed for only one season. He played for six other teams before returning to the Celtics in the 2021 season.

Born in Russelville, Corliss Williamson played basketball in Arkansas (1992-95) before playing in the NBA for the Sacramento Kings (twice), Detroit Pistons, Atlanta Hawks and others.

He won a string of titles during his career and also became a coach in 2007. His 12-year coaching career included a few seasons with a team in his home state, Arkansas Baptist.

Alvin Robertson is a four-time All-Star who played for the San Antonio Spurs from 1984 to 1989. He was named NBA Defensive Player of the Year in 1986 and made the All-NBA Second Team the same year.

Robertson remains the only player to ever have more than 300 steals in a season and also holds the record for the player with the highest average steals per game – 2.71. He started his NBA career with the San Antonio Spurs and played for four other teams during his career, including the Detroit Pistons.

Oliver Miller, also known as “Big O” thanks to his massive 6’9″ frame, played for the Razorbacks until he graduated in 1992. The center was named CBA All-Star in 2003 and has drafted 22nd overall in the 1992 NBA Draft, where he was selected by the Phoenix Suns.

Miller has played for a considerable number of teams during his career, including several international teams in countries such as Greece, Poland and China.

Todd Day was a shooting guard who played for the Arkansas Razorbacks from 1989 to 1992. He was a second and third team All-American in 1991 and 1992, and the Razorbacks enjoyed considerable success when he was doing part of the team.

Day was also named SWC Co-Player of the Year in 1991 before being drafted in the first round of the 1992 NBA Draft by the Milwaukee Bucks. He then played for various teams, including Cyprus and Brazil, before becoming a coach in 2016 at Philander Smith, a role he continues today.

A professional basketball player, Portis was born and raised in Little Rock, Arkansas. He played college basketball at the University of Arkansas before being drafted by the Chicago Bulls in the first round of the 2015 NBA Draft. He then played for the Washington Wizards and New York Knicks before joining the Milwaukee Bucks in 2020, where he still plays today.

He was named SEC Player of the Year in 2015 and appeared in the NBA Championships three times, playing for the winning team in 2021.

Arkansas is a state with a rich basketball history, and these players are just a few of the many who have left their mark. We know you’re going to agree that they deserve to be on this list.