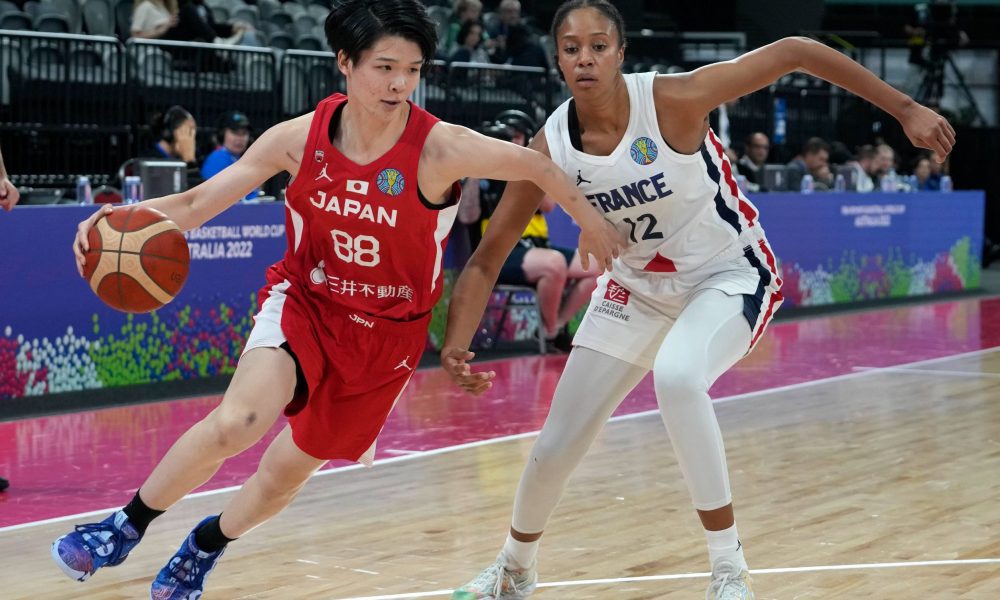 Gabby Williams led world No. 6 France with 16 points and Iliana Rupert added a double-double (15 points, 12 rebounds) in the Group B game in Sydney. Her teammates Mamignan Touré and Marine Fauthoux scored 13 and 10 points respectively.

Eighth-placed Japan, who trailed 16-5 after the first quarter, lost their third consecutive group stage, falling to 1-3 in the 12-nation World Cup, which ends on Saturday October 1st. The United States, the three-time reigning Olympic champion and three-time reigning world champion, is the top team in Group A.

Coach Toru Onzuka’s side will face tournament host and world number 3 Australia on Tuesday, September 27 in their final group game, looking to end their losing streak.

Saori Miyazaki had a team-high 13 points for Akatsuki Japan, who had 21 of 59 shots from the field. Aika Hirashita and Himawari Akaho scored nine points each. Maki Takada had nine rebounds.

Read the full story on SportsLook.

Follow Ed on JAPAN Forward’s [Japan Sports Notebook] here on Sunday, in [Odds and Evens] here during the week, and Twitter ＠ed_odevenand find it on the JAPAN Forward sports website, SportsLook.