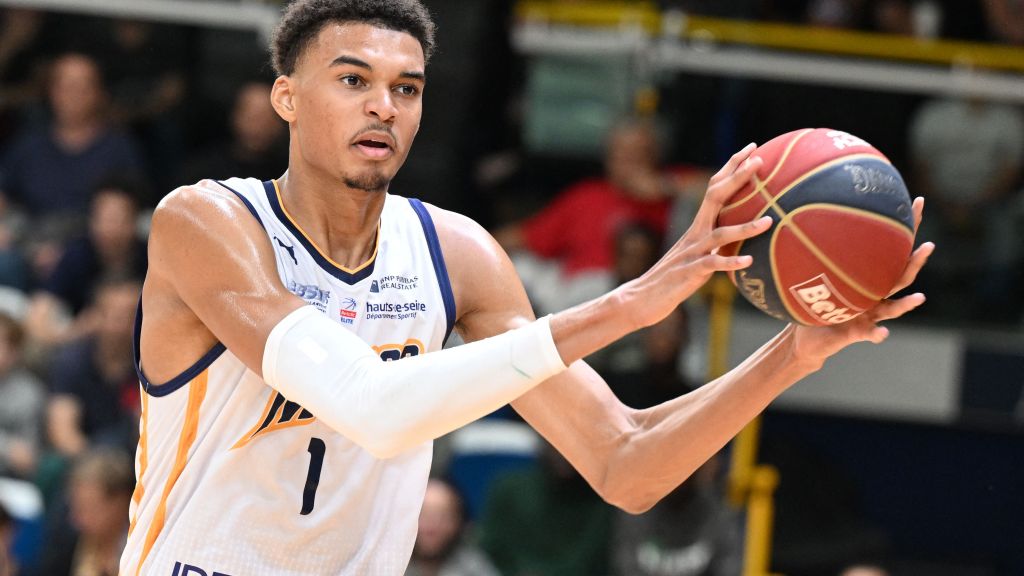 Best hope to play for France in FIBA ​​matches

Welcome to Wembanyama Wednesdays, our new weekly recurring post that will provide you with everything you need to know about Victor Wembanyama, the once-in-a-generation talent who will soon be joining an NBA team.

Scouts saw Victor Wembanyama dominate against G League Ignite. They saw him become the best player in the French league.

His next assessment, however, will come when he suits up for the France national team in the upcoming FIBA ​​window. This will give NBA teams even more context on how Wembanyama can impact the game, regardless of the scene.

This will be Wembanyama’s first time representing the France senior team.

🇬🇧 France will face Lithuania and Bosnia and Herzegovina. pic.twitter.com/0REiLX7LQl

Here’s what Wembanyama said about playing for his national team:

“I have already played in the French youth team (European silver medalist in U16 and world silver medalist in U19) And that always gives me additional motivation. It is very important for me. I also find it with my teammates, with my opponents: fighting for your country is totally different, it gives you more energy.

Also on the list are Ismael Kamagate (a big man who was selected in the second round of the 2023 NBA draft) and Axel Toupane (who played in the NBA for the Nuggets, Bucks and Pelicans).

Terry Tarpey and Andrew Albicy, who played for France when the team won silver in the Eurobasket 2022 tournament, are also part of the squad.

The team is coached by Vincent Collet, who also coaches Wembanyama for the Metropolitans 92. The big man said he expects to play a first defensive role in his first appearance for the senior France national team.

Collet, however, insisted that Wembanyama will be one of the team leaders and that they are counting on him to clinch the two victories in the international competition.

Wembanyama will likely play alongside Rudy Gobert for France when the Olympics take place in Paris in 2024. The French national team won silver at the Tokyo Olympics and also won silver at Eurobasket .

But with the addition of Wembanyama, and potentially Joel Embiid, a new powerhouse could potentially emerge for the foreseeable future.

With an 8-foot wingspan, we all know the defensive edge is unfathomable for Wembanyama.

But perhaps the most exciting aspect of his game is his fluidity. It’s rare to find someone with his level of creation on the ball at his age, and the basketball world has literally never seen it from a player of his size, regardless of age.

He showed it in his last match against CSP Limoges. The dude looked like a 7-foot-5 version of James Harden with his ball grip and 3-point drop on that possession:

The handle of Victor Wembanyama 🤯 pic.twitter.com/UCCGseyzpO

😭😭😭 but what did Dirk Wembanyama just do there?? pic.twitter.com/uLAEz5l7Gp

Chances of getting a top 3 (via ESPN’s BPI)

“Every day the season is simulated 10,000 times, according to BPI and the remaining schedule for each team.”

“Overlooking opponents, we’ve seen Wembanyama appear more assertive, utilizing his size and physique with his back to the basket, where he shows an extremely high level of skill and is big enough to just shoot virtually any defender with unstoppable jumpers. …While Wembanyama’s perimeter shooting, fluidity pushing defensive glass, and handling in pick-and-roll and isolation situations generate some of his most notable strengths, footwork, fluidity , the dexterity and touch he shows in the position is also encouraging given his propensity to avoid contact in the past.

“With his size and movement capacity, Wembanyama’s defensive ceiling has always been incredibly high. What we’ve seen over the past few months is the major development of Wembanyama’s attacking play as a primary option, long-range shooter and polished scorer on many levels.

“Wemby is doing things no one has seen before, and that continued in his match against Limoges on Friday. In the third quarter, Wembanyama had one of his best highlights to date. With the ball on the perimeter and the shot clock down, Wemby measured his man with a few effortless between-leg dribbles, then launched a one-legged three-point runner that crossed the net.

“Oden feels for him. Oden knows what it’s like to have the weight of the basketball world on your shoulders when you’re 18 or 19. And he has advice for Wembanyama. “Always trying to be a kid somehow,” Oden said. “That’s the only advice I would give him because it makes you mature a lot faster than you think and now you don’t want to do childish stuff because everyone knows who you are and you feel that you need to be more mature.” ”

How many wins are too many to stay in the NBA Tank Race? (Zach Kram, ringer)

“So how many wins does a team need to capitalize on those lottery odds? To find out, we built a model based on the final standings of every 82-game season since 2004-05 (when the league expanded to 30 teams). This model predicts the possible positions before the lottery that a team could have, which then allows us to predict the no. 1 selection odds for each total win. The model shows that there is very little difference in the no. 1 equity pick below 25 wins.