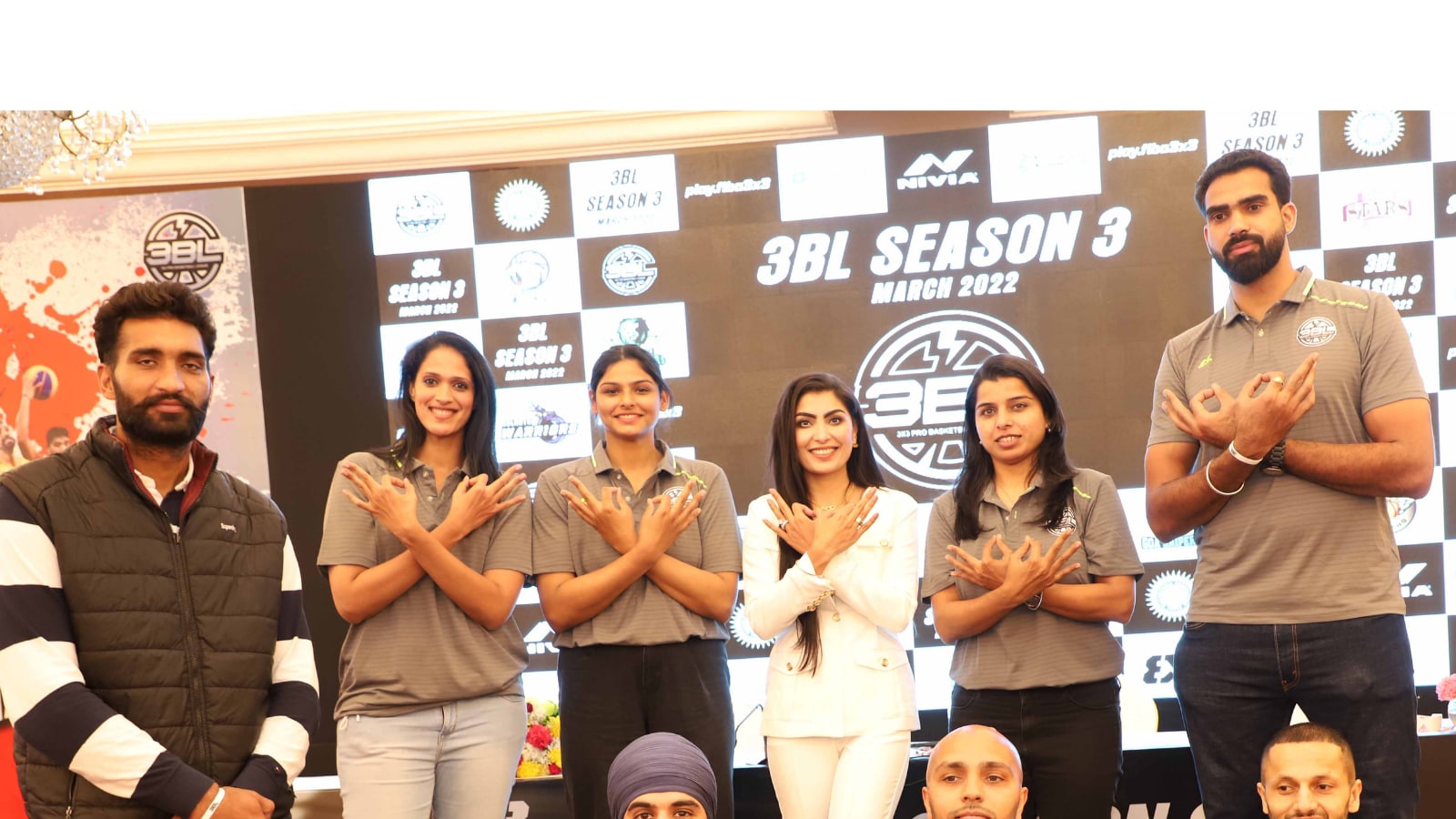 The announcement was made earlier today by Mr. Rohit Bakshi, Commissioner 3BL and Ms. Prerna Sharma, Director, 3BL. Also present at the press conference at the Taj Mahal hotel was BFI Secretary General Mr. Chander Mukhi Sharma alongside the top participating Indian and foreign players. Mr. Vikas Bansal and Mr. Rajeev Tiwari, the owners of the Gurugram Masters franchise, which is the reigning champion of the men’s league, were also present.

“We are pleased to grant exclusive rights to 3BL’s professional league as another way for our star players to shine,” said Mr. Chander Mukhi Sharma. “3BL will provide additional revenue and exposure to many Indian basketball athletes.”

“We strongly believe that India will be in the Paris Olympics in 2024. At the end of 3BL Season 3, the FIBA ​​World Ranking 3×3 of Indian teams should be at least 30th, against the current 70th (men’s) and 55th (women’s). This will give India a boost that we have all been waiting for,” Mr Rohit Bakshi said.

“We would like to thank Nivia for coming on board as Official Apparel Partner, Wyndham Chandigarh Mohali as Hospitality and Venue Partner, and Boxo Singh Sports Worldwide Pvt. ltd. as named partner,” Ms. Prerna Sharma said. “Being a female entrepreneur myself, I’m very happy to see our breakthrough Women’s League returning for a second straight season.”

Twelve men’s teams and six women’s teams compete in six rounds. Winners will be announced at the end of each round and the winner of the final round will be crowned the overall champion.

“We will defend our title”

“We have invested heavily in 3×3 to promote and develop our team this year. We will win the title in Season 3 3BL and shine in the FIBA ​​World Tours 3×3 in 2022,” said Mr. Rajeev Tiwari, Owner of Gurugram Masters.

“It is an honor for me to represent my city franchise, and it is also to play at home,” said Mr. Amjyot Singh Gill of Chandigarh Beasts.

“I thank 3BL for providing such a wonderful platform for Indian basketball players. I look forward to leading my Delhi Divas team to their maiden title,” Ms. Raspreet Sidhu said.

“I am delighted to witness India’s hospitality. Participating in 3BL is a unique opportunity,” said Mr. Carlos Martinez, captain of the Spanish 3×3 basketball team and the highest ranked 3×3 athlete in the world. Martinez will represent Mumbai Heroes.