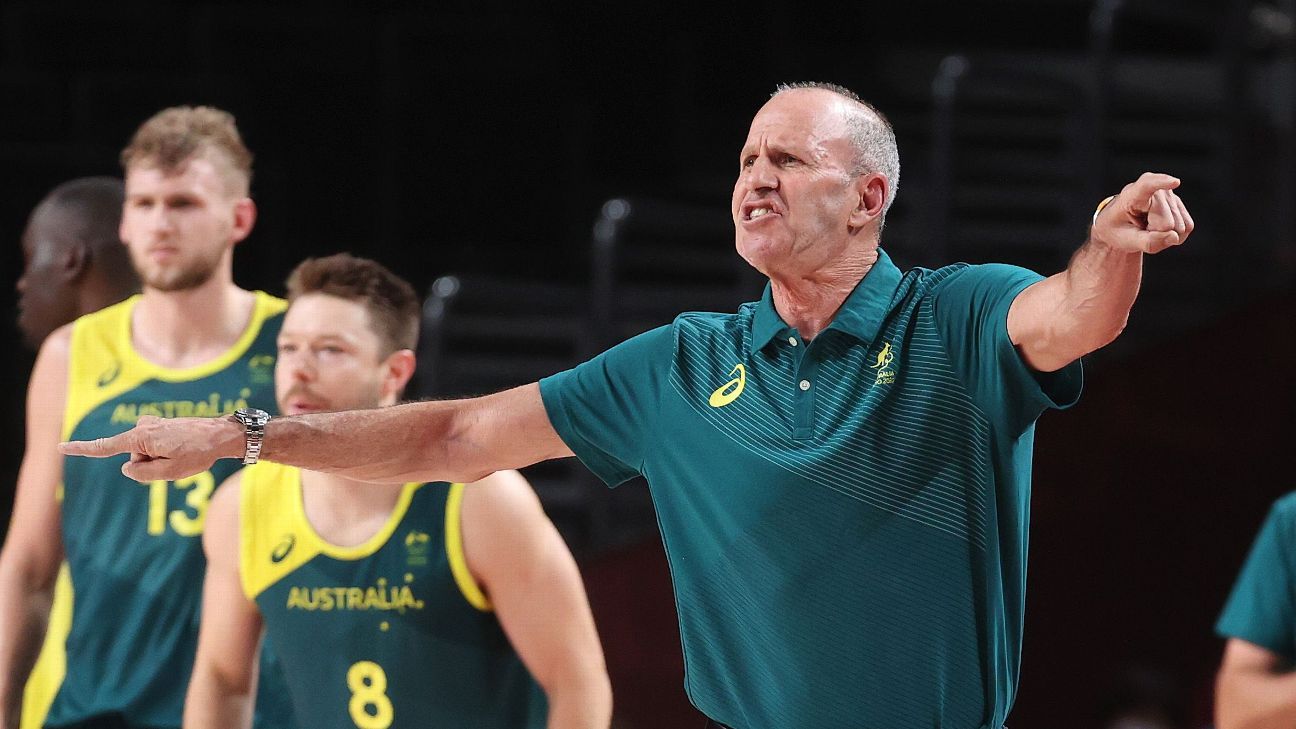 Preparations for the next FIBA ​​World Cup qualifying window are underway, with Boomers head coach Brian Goorjian confirming the squad will be finalized in the near future.

Australia will face China twice and Japan once in a ‘Group B’ slot which begins on June 30 from Melbourne’s John Cain Arena.

With the window falling close to the NBA Summer League and NBA Draft, availability will be affected. While acknowledging what should be strong opposition, Goorjian pointed to the much-needed rest for the NBA contingent — especially those who were part of the bronze-medal team in Tokyo.

“You have the NBA group, these players are playing in a competition like the Olympics after leading 82 games, back in a season and now this window they have to rest.

“If it falls on the NBL component, I know what China and Japan bring to the table, if we go below the Dellys, the Cooks, the Duops, it’s going to be really, really tough.”

Goorjian praised Grand Finals MVP Xavier Cooks as a dominating local in the NBL22, with the Sydney Kings striker a likely candidate to make the Paris 2024 Olympics squad.

“The star was Xavier Cooks. Amazing. I thought Chase (Buford) did a terrific job of how he used it. Some players you look at and they don’t have a position and I used to to have an example of Mark Worthington, then he’s either (no post) or he’s really versatile,” he said.

“What Chase did is he made him versatile. If you put a big one on him, he had the ball and he got it up the field, he could get into the paint. If he has a mismatch, he could force a change. He opened my eyes to that; I just think he was a total mismatch and I think he has a bright international future.”


Besides Cooks, Goorjian has been impressed with a number of young talents across the league, including a defensive stopper recently signed by the Illawarra Hawks from champion Sydney Kings.

“Then you had Wani Swaka Lo Buluk in Sydney, Glover in Sydney, Bul Kuol in Cairns, I just thought there were perimeter guys, like what we had with Dante Exum and Matisse Thybulle, that’s was an international piece that Andrej Lemanis and previous coaches hadn’t made such a big difference.

“It was a missing piece, that long wing that can put pressure on the ball. I think back to Luka Doncic, to the work Matisse and Dante did. The guys I just described, I think on the international stage , have the potential for youth in the NBL this year, there were some nice perimeter plays, but the star, the revelation, was Xavier Cooks.”


Beyond next month’s FIBA ​​window, Dyson Daniels looms as the next Australian talent to fall in the NBA Draft lottery, with Goorjian not shy at the prospect of the two-way guard playing alongside Oklahoma City Thunder rising star Josh Giddey in the future.

“You’ve had the excitement of Josh Giddey and everything he’s done, just incredible talent. What he does from an international perspective, he’s unique. He’s a leader who gives everything back. world around him better. Magic Johnson-ish. Take his feet in the paint, find people, a guy you want to play with.

“Dyson is different. Dyson is a big strong, moving like a point, more than comfortable playing with the ball. He doesn’t need to have the ball in his hands. You look down the road, yes, Dyson could play, and you could rest Josh, or the two of them could play together without a care. What Dyson brings is the element that is so important. A long guy who defends, can carry the ball, can play the of them.

Next month’s games in Melbourne will not only give Goorjian his first opportunity to coach the Boomers since the Olympics, but it will also be the team’s first time on home soil since historic bronze in Tokyo.

As well as being a celebration, the three-game slate will give new faces the chance to raise their hands on an international stage.

You can follow the full conversation with Brian Goorjian about the real-world prom and podcast, wherever you get your podcasts.