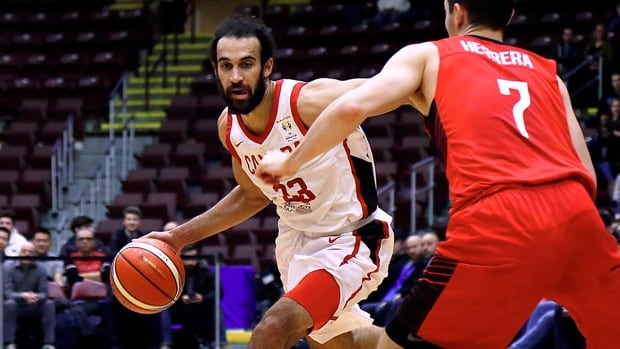 Canada’s National Men’s Basketball Team roster will be made up of less NBA talent and more professional experience from elsewhere heading into the fifth World Cup qualifying window.

The Canadians will face Venezuela on November 10, then take on Panama on November 13. Both games will take place at the EXPO Center in Edmonton with the team looking to qualify for the FIBA ​​Basketball World Cup 2023 on home soil. Training camp will take place Nov. 7-9 in the Alberta capital.

Canada, currently ranked 15th in FIBA, are the only undefeated team in the Americas, dominating Group E with an 8-0 record.

After having five NBA players in the roster in the previous window and a 2-0 record, Canada will need to rely on a few returning players and talent from elsewhere.

Phil Scrubb, Kalif Young, Melvin Ejim and Kassius Robertson all return to the squad after competing in the fourth window. Forward Thomas Kennedy is the only current U Sports player on the training camp roster.

Eighty countries are playing over six qualifying windows to secure their place among the 30 that will join Japan and the Philippines at next summer’s 32-team FIBA ​​World Cup, which is a direct qualifier for the Paris 2024 Olympics one year later.

The FIBA ​​Basketball World Cup 2023 will take place from August 25 to September 10, 2023 in the Philippines, Japan and Indonesia.