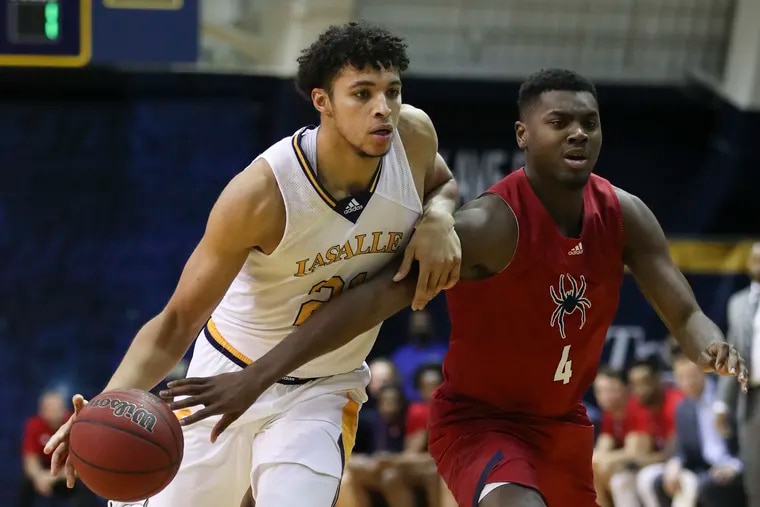 It didn’t look like things could get any more chaotic at La Salle after it was announced Monday that men’s basketball coach Ashley Howard would not be returning for a fifth season. The news didn’t come as a complete shock — Howard had never led the Explorers to a winning season, posting a 45-71 overall record — but the announcement should have met the quota for spectacular starts this half.

On Thursday, however, first-year goaltender Khalil Brantley announced on instagram that he would enter the transfer portal, while leaving open the option of returning to La Salle. Brantley, who attributed his decision to commit to La Salle in large part to his relationship with Howard, had a strong season, averaging eight points in 19 minutes per game. The Bronx native finished fifth on the team in scoring and established himself as an energetic personality who often brought his teammates to life.

Junior Redshirt Jack Clark had previously announced that he would be enter transfer portal. Clark, another standout this season (12 points, 5.8 rebounds per game), had been one of the most consistent players on the program during his four years at La Salle.

Sophomore Jhamir Brickus joined Brantley on Friday announcing he would be enter transfer portal with possibility of return. Brickus has averaged 8.9 points and 3.3 assists this season. The Coatesville native made the Atlantic 10 All-Rookie Team his freshman year, after arriving at La Salle as one of Pennsylvania’s top high school scorers. A skilled shooter, Brickus is also an unselfish teammate, leading the Explorers in assists in each of his two seasons on campus.

Senior Redshirt forward and leading scorer Clifton Moore (12.9 points, 6.9 rebounds) and grad student forward Mamadou Doucoure (1.9 points, 2.7 rebounds) also confirmed this week that they will be leaving the program. Moore, a transfer from Indiana, announced that he had put his name in the transfer portal and also declared for the NBA Draft. The 6ft 9in Doucoure, who spent four seasons at Rutgers before joining La Salle before the season, will enter the transfer portal, according to verbal commitments.

If all five players leave the program, the Explorers (11-19, 5-13 Atlantic 10) would lose four of their top five scorers and face a complete roster overhaul. While the results didn’t always show it, at times the Explorers offense gelled and perhaps just needed more time to form a more cohesive and cohesive threat. The university will also likely miss the opportunity to further develop Brantley and Brickus, if the two don’t use their options to return to La Salle.

It’s unclear if these announcements are all directly related to Howard’s firing.

How tall is Purdue’s Zach Edey?