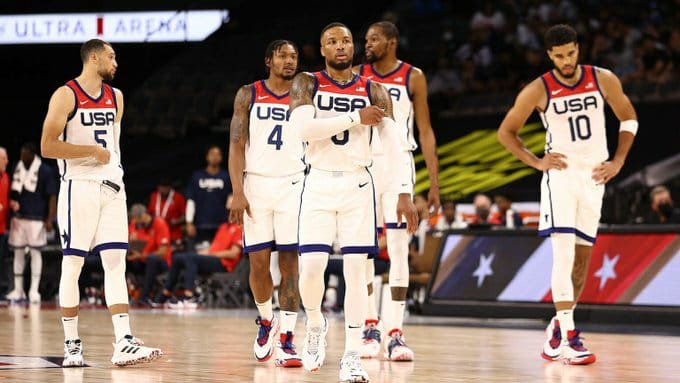 Sometimes a wave of bad news dampens the most exciting events. The Paris 2024 Olympics basketball venue has reached a similar situation.

The committee abandoned the venue originally decided upon after careful consideration by the players and the governing body. Now the meet’s organizers are in deep trouble over the decision. They are actively working on finalizing the venue for the meeting.

Which site will host the Paris 2024 Olympics basketball events?

The committee abandoned the previous meeting venue after receiving widespread backlash from French NBA players in March. Many players have spoken out about the arena’s low ceiling height. In addition, they also expressed security concerns regarding the conduct of matches at the venue.

After gaining ground, the Parisian organizing committee decided to abandon the place definitively. Now reports are coming in of a new decision to hold the basketball games at the Lille football stadium.

If the committee finalizes the venue in Lille, the teams will have to travel around 130 miles from Paris for each match, or they will have to board somewhere nearby, outside of the athletes’ village in Paris.

The 2024 Paris Olympics basketball games are expected to be among the main draws of the fixture. Additionally, the sport will attract top players from the NBA and WNBA.

However, with the latest developments, the likely new venue could hamper the tally of crowds traveling to watch the games as Lille’s stadium is around 3 hours from Paris. Previously, the stadium hosted important matches, including the European football and basketball championships.

Additionally, the stadium also featured a Davis Cup final event. However, the most distinctive feature of this stadium is its retractable roof.

Why is FIBA ​​criticizing the new basketball site?

Now the sport’s governing body FIBA ​​has criticized the decision to stage the events. Expressing his concerns, Andreas Zagklis, FIBA ​​Secretary General, said: “We don’t believe our athletes should be subject to the conditions we currently have on the table.”

“We believe that certain basic conditions for our players, as in all previous Olympic Games, must be respected”, he added.

The committee has not decided on the location of the preliminary rounds. On the other hand, the Paris-Bercy Arena, with a capacity of 15,000 seats, will host the medal events.

Therefore, the decision reflects the importance of the game in the host country, whose men’s and women’s basketball teams won silver and bronze respectively at the Tokyo Olympics.

Comment: Roster upgrades have Washington State and UW basketball teams up in the Pac-12 | University of Washington