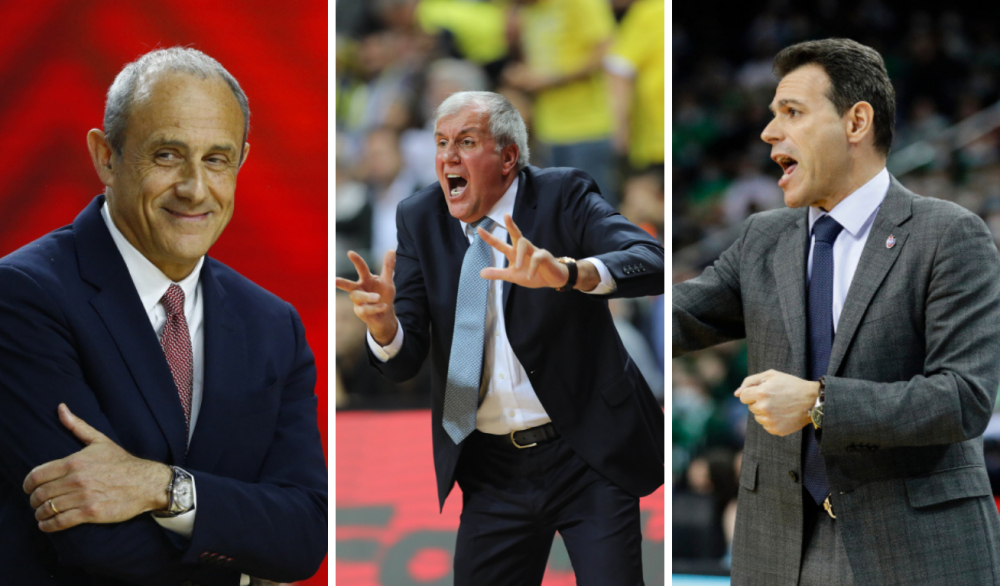 ‘Killing the players’, ‘Copying the NBA’, ‘It’s too much’ are just some of the statements recently made by some of Europe’s top coaches. The FIBA-EuroLeague conflict and a hyper-condensed schedule are doing a lot of damage, and coaches are increasingly unsettled by the current state of affairs.

As the COVID pandemic lingers throughout the professional sports world, it appears that top decision makers in the basketball world are turning deaf to criticism and suggestions from players, coaches and executives.

The number of matches is constantly increasing but the quality of these matches is decreasing, players have practically no time to rest, national teams are forced to use very improvised line-ups to play during the season. An untenable situation.

Over the past few months, several of the game’s top European coaches have expressed their frustration, pushing FIBA ​​and the EuroLeague to find a common solution to the current impasse.

One of the most vocal on the subject has been Ettore Messina, head coach and president of basketball operations at Armani Exchange Milan. In 2020, in the midst of the first wave of the pandemic, Ettore Messina had written an open letter to the main decision-makers in European basketball, asking to find a common solution to end the season in the safest possible way for the players and all those involved. in clubs.

This season, at the beginning of February, after a hard-fought victory against Crvena Zvezda, the Messina coach reiterated his point.

“Last season, in the midst of a pandemic, I wrote a public letter, asking the top decision-makers to find a common solution. The main thing was to find a solution for the calendar because a lot of players were suffering from injuries and the quality of the matches was decreasing,” the Messina coach said.

“When I wrote this letter, everyone got angry. I don’t know the solution but I hope that in the near future there will be the will to sit down at a table and find a solution”, added the Italian coach.

After the match against Zalgiris Kaunas, the Messina coach told Basketnews that so far he has not received any response from the basketball authorities.

“Last year when I wrote the letter everyone got angry. This year they ignored me, which is good,” the coach told our website.

Lithuanian head coach Sarunas Jasikevicius recently criticized the conflict between FIBA ​​and EuroLeague, saying that the current situation is killing players and nobody is doing anything to prevent it.

“The conflict between FIBA ​​and the EuroLeague must end,” coach Jasikevicius said in early February, ahead of the game against Panathinaikos. “We kill the players, there are too many injured. We sent complaints but the Euroleague ignores us”.

Bayern Munich head coach Andrea Trinchieri was another relevant figure who criticized the current EuroLeague schedule and competition format, which the Italian coach says does not give teams and players enough chances to settle their situation in the ranking.

“So it’s very difficult to have quality, beautiful games, fast basketball that plays every 48 hours,” continued coach Trinchieri. “The importance of a single game is not comparable to the NBA. In the NBA you can lose games because you have 81 other chances, here every game is a struggle and here is the result: injured players and low score matches”.

CSKA Moscow head coach Dimitris Itoudis had a similar view to coach Trinchieri when speaking on our website. The Greek head coach is convinced that the format of the EuroLeague must change, creating a competition with more teams and more games to play.

“Every match is almost like a final for every team. It doesn’t matter who you play with,” coach Itoudis told Basketnews. “And it’s not healthy, it’s good for competition, that’s for sure.”

“What I’m saying is maybe we need to think about a different format. We need to add other teams. So if it’s split into two groups for the regular season, there’s a bit more time to make adjustments to play different players. So even if you have a few defeats, it doesn’t cost you anything,” the CSKA Moscow head coach added.

“I’m asking for more games, yes, but to compensate for that the team should play a bit less games in the domestic leagues,” Itoudis concluded.

In an interview with L’Equipe, Obradovic shared an interesting but at the same time controversial idea.

“There are too many games between international windows and clubs. It is necessary that the teams participating in a closed league only join the qualifiers of their national championships so that the sponsors and the televisions are there, ”said the head coach of Partizan.

Defending EuroLeague champion Ergin Ataman’s head coach also expressed his frustration with the situation between the EuroLeague and FIBA. The Turkish head coach said that due to the current situation, several players have to choose between their clubs and their national teams, which is very unfair.

“This situation between EuroLeague and FIBA ​​is ridiculous,” coach Ataman said after Efes played against ASVEL. “Every player would like to play in the national team. Therefore, it could be that Fenerbahce and Efes players have to play 4 games in 6 days. This has been the case for two years. It’s just ridiculous”.

“The Euroleague season has been canceled in 2020 due to COVID,” coach Ataman continued. “But now they force players to play 4-5 games in 6 days. The health of the player is at stake here”.

Whichever way you look at the current situation, it is clear that a solution must be found as soon as possible.

The calendar is chaotic, the players are forced to play several games in a few days and have very little rest, not only during the season but also between one season and another, the coaches are not happy and keep complaining .

The quality of the games decreases because there is not enough time to rest and each game becomes a battle without the possibility of resting some players. FIBA and the EuroLeague, however, don’t seem very close to reaching an agreement. Will the pressure from the coaches improve the situation? Only time will tell