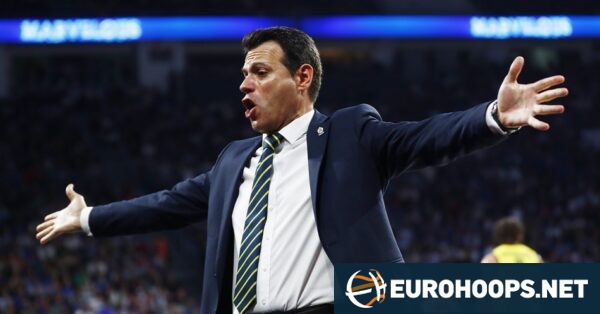 Just hours after Fenerbahce’s victory over Crvena Zvezda, coach Dimitris Itoudis will be back in Greece for the match between the Greek national team and Latvia.

As he says: “I appreciate that we are discussing this issue, I have to say thank you to Fenerbahçe for letting me go to Greece for the match. The Greek federation made a great effort to organize a plane for me and Calathes to travel. My assistants prepared the players, they do the job.

At the same time, Panathinaikos is playing an important Euroleague game, so they couldn’t give up players. Olympiacos is playing tonight, I don’t know how it’s going, but it’s a team that needs its players. We are between two worlds. There are players in the team that I have never coached before in my life. We are playing against a very good team with better chemistry. We will try to do our best and be competitive”.

There are four national team coaches who also coach in the Euroleague and it’s not easy. It’s a big problem that the Turkish Federation rescheduled the league games to better prepare the team. We couldn’t do that. Serbia took players from Serbian teams, even though Partizan didn’t give Papapetrou permission”.

For Itoudis the whole debate is not fair, since it does not involve NBA players, even if he understands why: “I understand the players. Greece and the national teams need players, and FIBA ​​sees that. Is all of this fair? No. Is it equal? No. We need to discuss this, all this pressure on Euroleague players, coaches and teams. We take it for granted that no NBA player is coming, and I understand that.