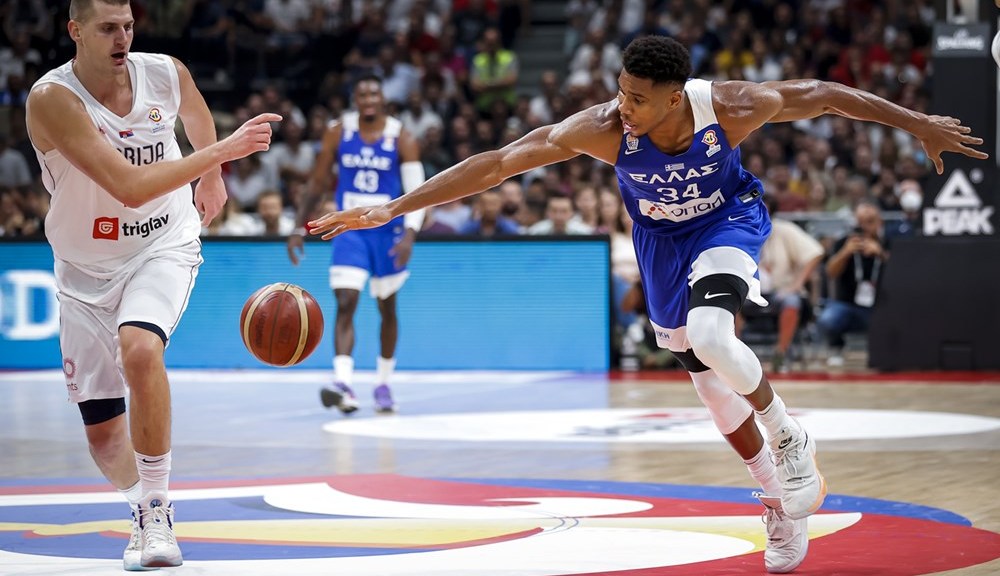 Duel between Nikola Jokic and Giannis Antetokounmpo in FIBA

Nikola Jokic and Giannis Antetokounmpo, the winners of each of the last four Most Valuable Player trophies, faced off on Tuesday.

Jokic represented Serbia while Antetokounmpo represented Greece in FIBA ​​World Cup 2023 Qualifiers. Based on the standings, however, it was a must-play game for Serbia. Luckily for Jokic, the game took place in Belgrade at the Stark Arena in Serbia which gave them a huge advantage on the pitch.

Both players looked outstanding during the game and Serbia needed to emerge victorious to qualify for the World Cup. During the second half of the match Jokic moved to the defense of Antetokounmpo on every possession and he regularly contained it one-on-one.

In the fourth quarter, on the attacking side of the floor, Jokic managed to beat Antetokounmpo from the dribble for an absurd jump back from the corner:

The possession shocked everyone, including other NBA players who tweeted about the game.

Eventually the match went to extra time and the two superstars both took over for their respective nations. You can watch some of the best moments below:

Antetokounmpo finished with 40 points, 8 rebounds, 5 assists and 2 steals. It was his career high for the Greek national team.

Jokic had 29 points, 8 rebounds and 6 assists while coming away with the win. It was an absolutely marvelous performance from the reigning MVP.

DNVR’s Harrison Wind captured a video of Jokic exiting the pitch that will give you immediate chills:

Serbia will play Turkey on August 28 and Greece will face Belgium.

FIBA’s first EuroBasket tournament since 2017 then kicks off on September 1. Jokic and Antetokounmpo, along with Luka Doncic and several other NBA stars, are expected to compete for their national teams.

How 5 basketball players came back after diagnosis