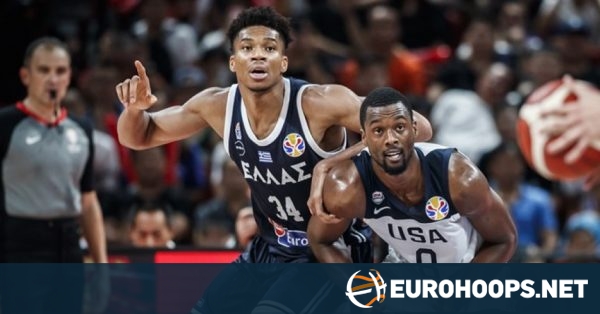 Eurobasket 2022 will kick off with FIBA ​​Basketball World Cup Qualifiers

Following an agreement with local European federations, the fourth window of the FIBA ​​Basketball World Cup will be a preview of the postponed Eurobasket 2021

The Olympics are over, basketball steals the show again, and national team obligations resume immediately in November with the first window of the World Cup qualifiers.

The teams that will fight for the 12 open European World Cup places were finalized yesterday and federations must immediately move on to fielding competitive squads.

Given the absences during the season of NBA and Euroleague players, after consultation with the national federations and several discussions that took place within the framework of their facilitation, it was decided to hold the fourth window between the 22 and August 30, despite Eurobasket, which was transferred due to the pandemic from 2021 to 2022, effective September 1.

The decision was common and conscious, because in particular the teams which will be preparing for Eurobasket at that time will have the possibility of presenting a list as complete as possible with most, if not all, of their stars available.

This means that the windows process will give the opportunity to teams, who would be giving warm-up matches at the time anyway, to prepare even more properly with competitions that will have the level of competition of an official match. Additionally, local fans will be able to watch their national teams live with the strongest roster possible. And that is the main goal of all parties involved in FIBA ​​windows.