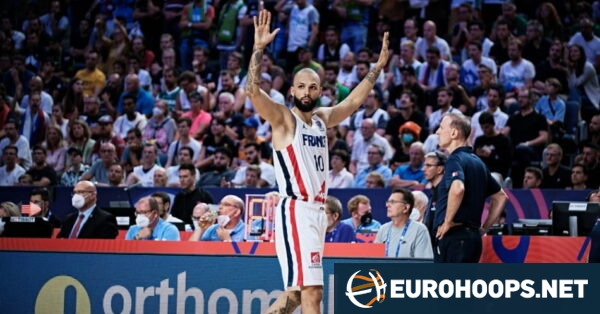 Berlin, Germany – France take on Poland in the Eurobasket semi-final (16/9, 5:15 p.m. CET) and with a win, coach Vincent Collet’s side will clinch their ninth medal in major FIBA ​​competitions since 2000.

Not bad and the explanation is simple, according to Evan Fournier: “I started with the team in 2014 and since I arrived here the main thing is the consistency of our players, the training, the confidence and just knowing that we have a good base. When you have a strong core, young people can come and contribute right away”.

And now France must go the extra mile and play two more games, like Germany, Poland and Spain, for a total of nine in 18 days. “At that time, two games is a lot”, admits Fournier. “It’s very tiring for the body, but it’s also part of Eurobasket. Eurobasket is probably the toughest competition physically, but it’s the same for everyone”.

This could therefore explain, or even ensure continuity, why Nikola Jokic, Luka Doncic and Giannis Antetokounmpo are already out of competition.

While Evan Fournier doesn’t have the answer and doesn’t have to explain to other NBA players what Eurobasket is, he does agree that FIBA ​​competitions, no matter how you look at them, are special: “I have nothing to explain. They probably don’t even watch the games. On my team, I have RJ Barret who plays for Canada and lost to the Czech Republic last year in Olympic qualifying. So he knows. He knows FIBA ​​is special, and I’m sure American players who have been to the Olympics know playing at FIBA ​​is different. However, I have nothing to explain.