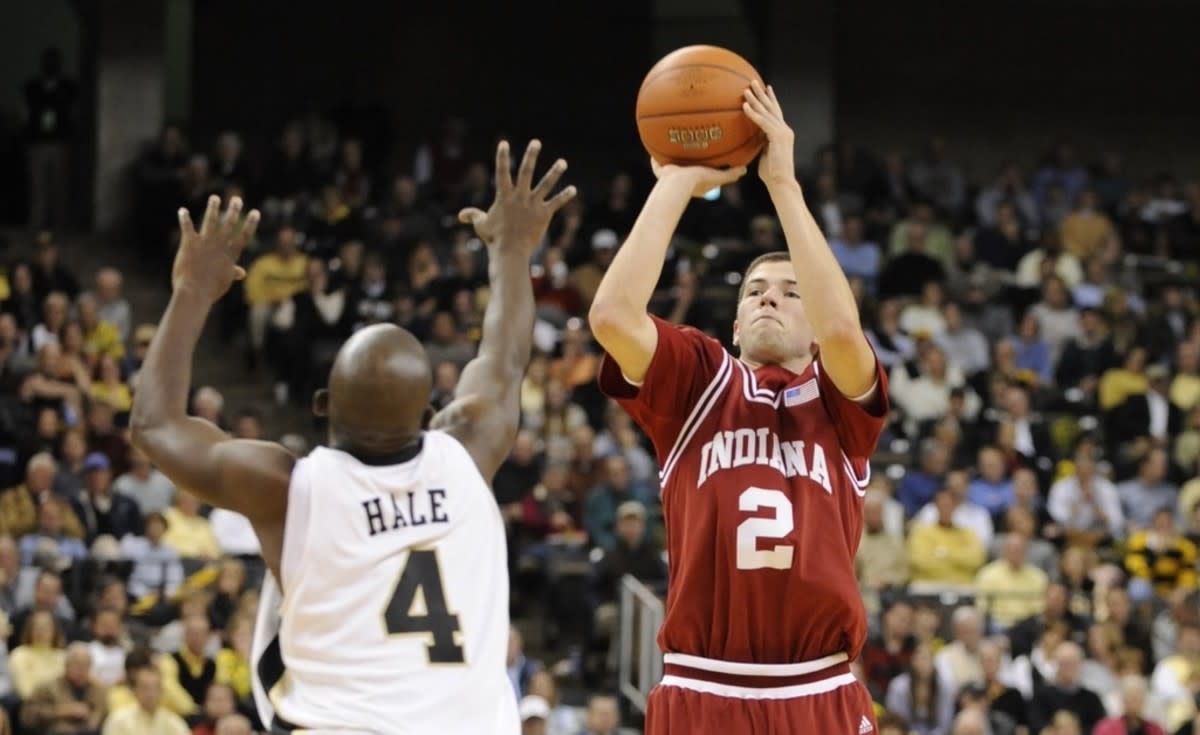 BLOOMINGTON, Ind. – Welcome to our summer series where Hoosier basketball fans can vote for their favorite Indiana players to wear each number. Today, we resume with all the greats to wear number 2.

Here are your four No. 2 jersey picks in alphabetical order so we don’t show bias. Be sure to take the poll below via Twitter.

AJ Moore, a native of Atlanta, Georgia, played 129 games for the Hoosiers over four seasons, starting in 33 of them. The guard accumulated a total of 790 points and 105 assists.

Moye was part of coach Bob Knight’s final recruiting class, but Knight was fired before Moye set foot on the field. Although Moye never really played for Knight, in past interviews the guard recalls great conversations with the coach who promised him he would make it to a Final Four.

In 2002, Moye and the Hoosiers did just that and played Oklahoma in Atlanta, Georgia, Moye’s hometown. Although Indiana was down just nine points, Knight kept his promise to Moye to see the talent in him before he even dressed for the Cream and Crimson.

Guard Matt Roth was one of those players who stood out in high school in Washington, Illinois, earning all-state honors, followed by a string of other accomplishments. His style of play transferred well to the Hoosiers who played 31 games with seven starts in the first year.

In his sophomore season, he suffered a season-ending foot injury until fully recovered for his junior and senior seasons. Roth was amazing from beyond the arc shooting a Big Ten best 54.5 percent as the second-best three-point shooter in Indiana program history.

After coaching for nearly a decade in the Fort Wayne area following his college career, Roth was hired as a head coach at Blackhawk Christian, one of the top high school programs in the state.

Forward Christian Watford has a basketball resume that you need to keep scrolling through, it’s that long. As a freshman at Indiana, he was just one of two players to start all 31 games. He led the team in rebounds (6.0), total blocks (19) and four double-doubles.

Named Big Ten Freshman of the Year, his career only got better even with a few setbacks. The following season, Watford missed three games after breaking their hand at Michigan State, but still found themselves the 10th leading scorer in the Big Ten with an average of 16 points per game.

His junior and senior seasons were also notable, with Watford finishing first in three-point percentage in Big Ten games (51.5) and all games (48.4). After his career with the Hoosiers, he was not drafted into the NBA, but still spent stints with the Indiana Pacers and Dallas Mavericks summer leagues, as well as a season with Hapoel Eilat in Israel.

LaGrange, Illinois guard Nick Zeisloft began his college career at Illinois State before transferring to Indiana as a redshirt junior. In his debut with the Hoosiers, Zeisloft started the first five games of the season and averaged 14.3 ppg and 4.3 three-pointers, which ranked first in the conference.

Like Watford who came a season before him, Zeisloft went undrafted in the 2016 NBA draft but signed with the Pacers in September of that year. He was then waived in October, but continued his basketball career with the Fort Wayne Mad Ants before playing overseas.

Here are all the players who have worn number 2 at Indiana:

You will be able to vote on Twitter for your favorite player with each number. Here is the link to today’s poll for #2.