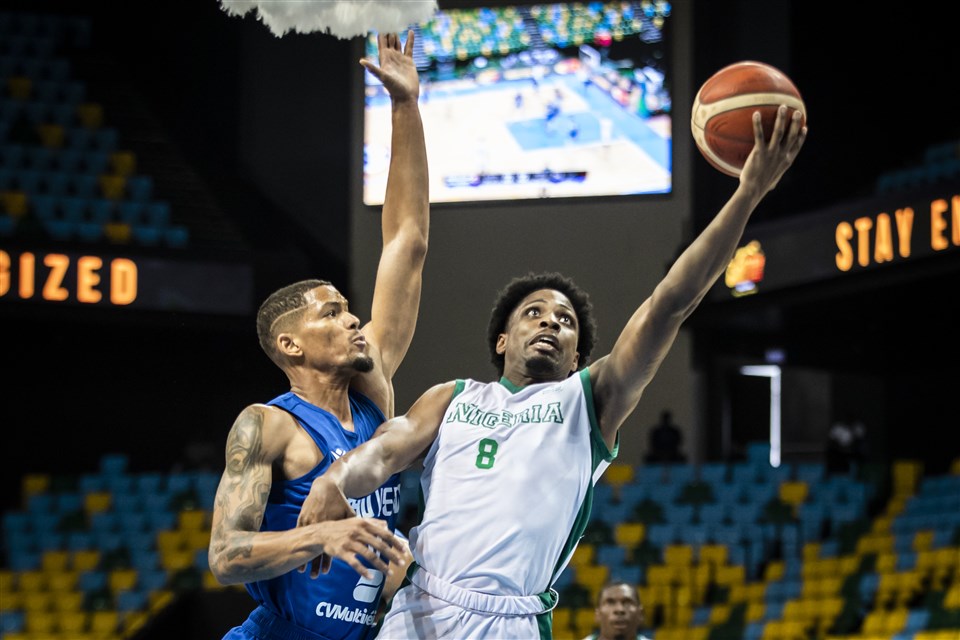 The Nigeria Men’s National Basketball Team, Of Tigerswill resume on Friday evening at the Palais des Sports de Treichville in Abidjan, with a capacity of 3,500 seats, their quest to qualify for next year FIBA Basketball World Cup.

The D’Tigers have their work cut out for them as they will start against hosts Ivory Coast, who have been in incredible form as of late. Friday’s clash will be the third between the two teams in recent times.

Even though each team has won a victory so far in historic clashes, the D’Tigers will need to be at their best to defeat the Elephants.

While the D’Tigers have been bolstered by the return of Mike Brown in charge of the team after his absence in the previous window, the Ivory Coast also have great reason to be happy and confident.

The arrival of Souleyman Diabate at the camp boosted the chances of the Ivorian team in the crucial Window 4. Diabate missed the final qualifying round. The 35-year-old is arguably the Elephants’ most experienced player and is confident that the Ivory Coast will extend their winning streak against Nigeria on Friday.

He told FIBA before the Group E games, he was back in the squad for good. “During my absence, I trusted my colleagues to do the job, and they did not disappoint me. Nigeria is our first game and will surely be the toughest, but I’m sure we have a great team and I’m sure they’ll be up to the task.

Although Diabate admits Nigeria have a talented group of players, he is banking on Ivory Coast’s remarkable form which has seen them win almost every game in the past two years to defeat D’Tigers.

“We are ready mentally and otherwise. I’m sure we’ll give a good account of ourselves against Nigeria, playing good defense and always finding a way to score,” the Ivory Coast star added.

Ivory Coast have won all six of their games in the 2023 World Cup qualifiers, conceding less than 75 points in each of those games. In fact, they have won their last 11 African Qualifiers games – the longest winning streak of any team in any region of the competition. However, their last defeat came against Nigeria, in September 2018 (73-84).

Now or never for the D’Tigers

The D’Tigers have been slow starters as they have lost the opener in each of the last three African Qualifiers qualifying windows. This explains why they are lagging behind in the race for World Cup tickets. Coach Brown is aware of this ugly trend and he is keen to stop it, which is clear from the quality players he has invited for this window.

Josh Okogie of the Phoenix Suns, Miye Oni of the Utah Jazz and Ike Nwamu of BC Samara of Russia are all back for the D’Tigers.

Chimezie Metu of the Sacramento Kings, who was part of the squad during the final stage of the playoffs in Rwanda, is among the candidates, as is Michael Gbinije (Oklahoma City Blue, NBA G League).

Currently fourth in Group E behind Côte d’Ivoire, Cape Verde and Angola and ahead of Uganda and Guinea. The D’Tigers are not in a comfortable place at all.

Olympian Chimezie Metu admitted as much in an exclusive interview with FIBA. “Our mindset is that we have to win the rest of our games,” the Sacramento Kings forward said. Although Metu calls Angola, Ivory Coast and Guinea “three very good teams”, he insists the D’Tigers have what it takes. “To give ourselves the best chance, we can’t afford to make a mistake if we want to qualify for the World Cup next summer.

“Given our situation, these are three very big games for us. We have guys who have proven themselves and who understand the situation.

“We will be ready and prepared to face these teams. Ivory Coast are undefeated and play at home. This makes it even more difficult. We just have to be focused and bring our best game,” he added.

The D’Tigers will face Guinea the day after their opener against Ivory Coast on Friday and then face Angola on Sunday, August 28.

The 2023 World Cup will take place in Japan, Indonesia and the Philippines from August 25 to September 10 and Africa will be represented by five teams.

Support the integrity and credibility journalism of PREMIUM TIMES

Good journalism costs a lot of money. Yet only good journalism can guarantee the possibility of a good society, an accountable democracy and a transparent government.

For free and continued access to the best investigative journalism in the country, we ask that you consider providing modest support to this noble endeavour.

By contributing to PREMIUM TIMES, you help sustain relevant journalism and keep it free and accessible to everyone.