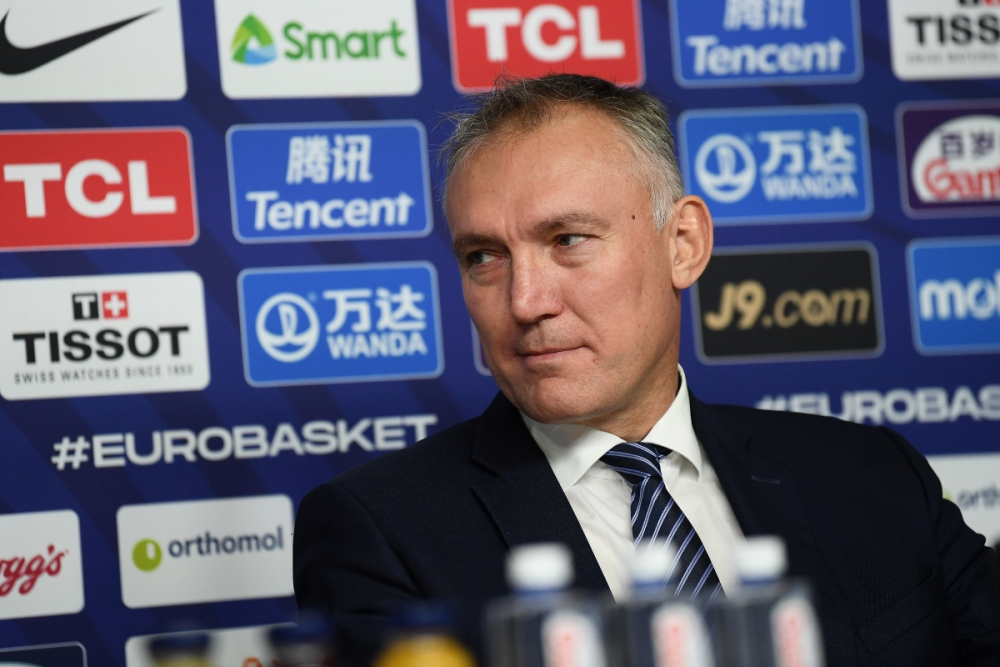 FIBA executives on refereeing at EuroBasket: ‘It wasn’t bad’ / News

They also touched on one of the aspects of EuroBasket 2022 that has generated the most discussion – refereeing and FIBA ​​officials.

Missing points and seconds were ruining the EuroBasket experience, and FIBA ​​executives were partly okay with that.

“I have two aspects [to mention]. Aspect number one: the referees are evaluated before the tournament and during it. It is no coincidence that the referee is at EuroBasket. Obviously, there are mistakes”, launched Kamil Novak on the hot topic.

“I would like to point out a fact that what happened in the game between Lithuania and Germany should definitely not happen. And I think it was a string of failures that are hard to repeat. The first time this was brought to my attention I asked tons of questions as to how this might happen since there is an official table.

I want to be very open. It was certainly very negative, but I also believe it cast a shadow and accelerated the discussion, and I come to the second part of my answer: you [media] are here, and many of you were at Eurobasket 2015. You can look at the records on refereeing in 2015. I can say from our side that this year is no more than it was in 2015 Novak continued.

“This EuroBasket with all the superstars created tension and expectations, and that’s part of the championship, but I wouldn’t say the refereeing was bad. I hope you’ll agree with me that here in the finals , we don’t have huge complaints because everyone understood that it’s not a way to get any advantage.

And again, yeah, two really bad moments happened. One was in the Lithuania-Germany match, where we were unhappy, and we immediately took action, which was harsh, but we had to protect individuals. The second completely different case occurred during the Georgia-Turkey match in Tbilisi. Other than that, we haven’t had any unexpected or different feedback from previous EuroBaskets.

There is a big difference. The role of social networks has increased. Today you post something and it creates the atmosphere that something is wrong,” Novak said.

FIBA EuroBasket 2022 has the best players and the best coaches, but it lacks the best referees who officiate in the EuroLeague. Is there a solution to bring the best EuroLeague referees into the FIBA ​​competition?

“We have in our interest to have not only the best players and coaches, but also the best officials,” Novak said. “I won’t agree with you [refering to journalist] that the rankings shown elsewhere are the rankings we have.

Generally, I would have a comment. The referees, who are here, do not referee EuroLeague matches, but they referee national championship matches every Saturday and Sunday, also for the top teams. They have already refereed several Olympic Games, World Championships and EuroBaskets.

We try everything and do everything we can in the educational process to minimize errors and such – we want to have the best players and the best performance in every way of the game here at EuroBasket,” Novak told the media.

What makes it impossible to bring EuroLeague referees to FIBA ​​competitions since they officiate in Europe’s top club competition?

“We wouldn’t have any criteria. Those officials aren’t available when we have the windows. So EuroBasket is just a top of the process that starts with the windows. We don’t have any assessment,” said Novak.

“You [journalist] mentioned some leaderboards, but we don’t have leaderboards, so we don’t work on friendship-based refereeing. It involves a lot of people evaluating referees. I would like you to be able to see the evaluation of the referees after each game. It would be somewhere around 15 pages. Every mistake would be analyzed and its importance for the game. There’s a lot of work behind that.

To have the best, you have to compare, and you have to have a database. It’s not like we take the names we know best. No, there are criteria, and it is very critical. Also, during the season, when the officials are in the European club competitions, we also have the evaluation of the referees in their national championships. There is work, strategy and criteria to select the best referees. If we don’t have data, how can we include [EuroLeague referees]?”

At the end of Kamil Novak’s monologue, Turgay Demirel added that EuroLeague clubs also complain about their matches in the top-flight competition.

Moreover, Demirel and Novak were asked about the possibility of introducing additional sanctions against Russian and Belarusian clubs, which were imposed at the end of spring.

“We are following everything very closely and we are aware of what is happening,” Demirel said. “We took the measure and Russia was sanctioned not to be part of this championship. As FIBA ​​Europe and FIBA ​​World, we also follow the IOC [International Olympic Committee] recommendations and decisions.

For the transfer of players to the Russian basketball league or other sports, we have no right to intervene. It’s their own niche, they don’t play basketball internationally.

All Russian clubs are sanctioned to participate in European club competitions for next season, as has been the case in other sports. So that’s actually what I can say. We are working closely with ICO on these issues,” added Demirel.