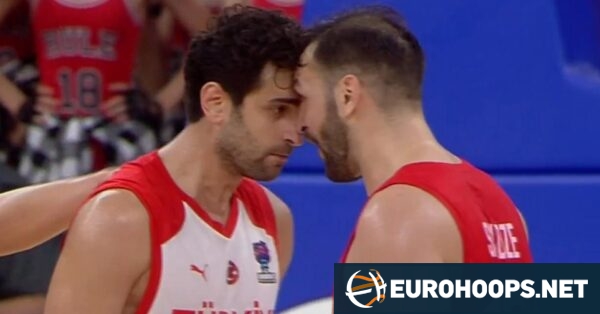 FIBA has officially announced the opening of disciplinary proceedings against Goga Bitadze, Duda Sanadze, Tornike Shengelia, Furkan Korkmaz and the national federations of Turkey and Georgia for the notorious attack on Korkmaz in the locker room hallway of the Tbilisi Arena.

At this point, everyone agrees that an incident has happened and FIBA ​​clarifies that they have the security camera footage from that day, so they can get a clear view of everything. what happened.

What remains unclear is the type of sanctions that can be imposed, as FIBA ​​uses the phrase “applicable disciplinary measures”.

According to the press release: Following allegations by both national federations regarding incidents at the venue following the FIBA ​​EuroBasket 2022 match between Turkey and Georgia, FIBA ​​opened an investigation on September 5, 2022.

FIBA has asked all parties to provide their position on the investigation before deciding on the applicable disciplinary measures.