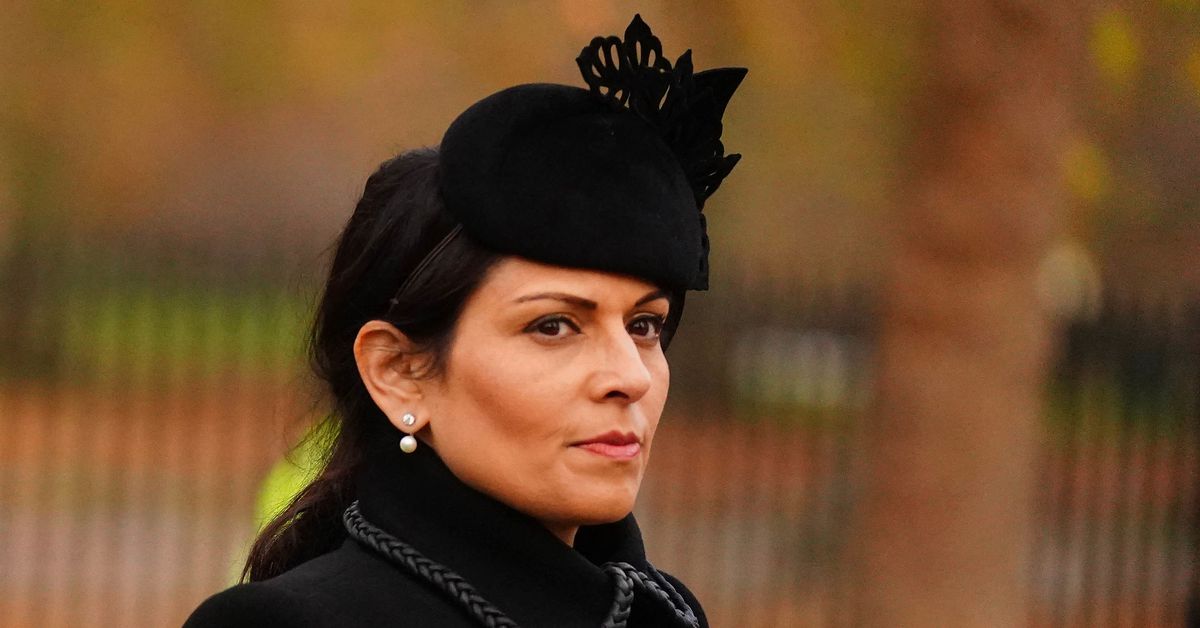 FIBA: UK and Netherlands take a stand against Belarus and Russia following invasion

This is not a world affairs or international basketball site, so this article is not directly about the Washington Wizards or Mystics.

These same qualifications also take place in Europe, Africa and Asia. For Europe in particular, the government of a notable Western country has refused to take in at least one nation that has cooperated with Russia in the current invasion of Ukraine. And another Western European country canceled a match against Russia, largely because of this invasion.

On Saturday, Priti Patel, the UK Home Secretary, announced that she had revoked the visas of the Belarus men’s national basketball team, citing that the decision was due to the nation being “accomplice” of the invasion.

I canceled the visas of the Belarusian men’s basketball team which was due to play in Newcastle tomorrow night.

The UK will not host national sports teams from countries that are complicit in Putin’s unprovoked and unlawful invasion #Ukraine.

The United Kingdom, which participates as “Team Great Britain”, is in Group B of the qualifiers, also participates with Greece and Turkey. The match against Belarus was scheduled for Monday in Newcastle and will be postponed to a later date.

Russia, like Belarus, is also in a difficult situation within the FIBA ​​Europe community. The Russians hosted the Netherlands in Perm, a city in the northwest of the country, on Thursday. The Russians won 80-69 in a Group H match after the invasion began. The match was not without controversy in the Netherlands, due to the situation in Ukraine.

The Nederlandse Basketbal Bond (NBB or the Netherlands Basketball Federation) wrote a statement acknowledging that although they felt uncomfortable with the situation, Perm was not close to the Ukrainian border (2000 kilometers ), there was no international sports boycott against the Russians. So they decided to play the game.

NBB board member Niels Meijer told Dutch public broadcaster NOS that the Dutch team was not in a position to simply refuse to play in Perm either. If they had made a political statement like that in Russia, it would have been hard to know what could have happened.

That said, the Dutch FA took a stand once the team and its staff returned to the Netherlands after Thursday’s game. They announced on Friday that Sunday’s game of the Orange Lions against the Russians in Almere (a town about 20 miles east of Amsterdam) against Russia had been postponed without the Dutch government interfering. , again according to NOS.

The decision by Patel in the UK and the NBB in the Netherlands follows a trend of decisions where national teams or governments do not let Russia and/or Belarus play games in their countries. They follow the United States’ decision not to allow the Russia women’s national basketball team to play their FIBA ​​Women’s Basketball World Cup qualifying matches earlier this month. in Washington.

Unlike the British and Dutch measures against Belarus and Russia, respectively, the US government has not granted visas to Russians because the main coronavirus vaccine used in Russia (Sputnik V) is not recognized in the United States. USA All non-Americans entering the USA are supposed to be vaccinated with doses of Johnson & Johnson, Moderna, Pfizer, AstraZeneca, Sinopharm, Sinovac. Covaxin, Covishield or Novavax. Moreover, the Russian invasion of Ukraine has not yet taken place, although the US government has given public warnings about it.

Will Russia and Belarus be boycotted by other countries in FIBA ​​competitions and/or by other sports bodies? Should they?

Like almost all of you, I am troubled by the scenes in Ukraine where fighting is unfolding in Kyiv as Ukrainians fight for their sovereignty and dignity as a nation. Obviously, I wish the war had never happened in the first place.

I haven’t seen a situation where much of the world has boycotted a country for starting an unprovoked war or helping another country do just that. The last time there were massive boycotts was when I was just born in 1984. It was during the Los Angeles Olympics, where the Soviet Union and other communist states, some of which are now part of the European Union and NATO boycotted in retaliation the United States and other nations boycotted the Moscow Games in 1980 after the Soviets invaded Afghanistan the previous year. Looks like now that the US, UK and the Netherlands have refused to host or simply canceled matches against Russia and Belarus, it’s a sign that this could turn into a ‘war’. cold” in the coming months where several countries could simply refuse to play against Russia. or Belarus because of the invasion.

In basketball, the men’s EuroBasket will take place this summer in the Czech Republic, Georgia, Italy and Germany. Since Russia is in EuroBasket, will the teams refuse to play them because of the invasion? Ukraine are also in the games, so will they be able to field a team? What if Russia plays and faces Ukraine at some point?

For the United States Men’s National Basketball Team, they won’t face Russia or Belarus anytime soon, possibly before next year’s FIBA ​​Basketball World Cup. It will be interesting to see if they refuse to play against the Russians and/or the Belarusians should such a match ever occur. The Wizards have two players, Kristaps Porzingis and Deni Avdija, who could play for Latvia and Israel respectively.

And as for the USA women’s basketball team, in which Mystics guard Ariel Atkins plays, the USA team will play in Australia with Russia at this year’s FIBA ​​Women’s World Cup, from less for now. That said, will the Australian government, which has been closely aligned with the West, also ban Russians from vaccination visas, invasion or both?

Sports and politics have become more intertwined in recent years, especially here in the United States for social justice reasons. With Russia and Ukraine at war, it’s safe to say that international affairs will also be part of the mix in the coming months.

To learn more about the Russian invasion of Ukraine, you can click on here and here.