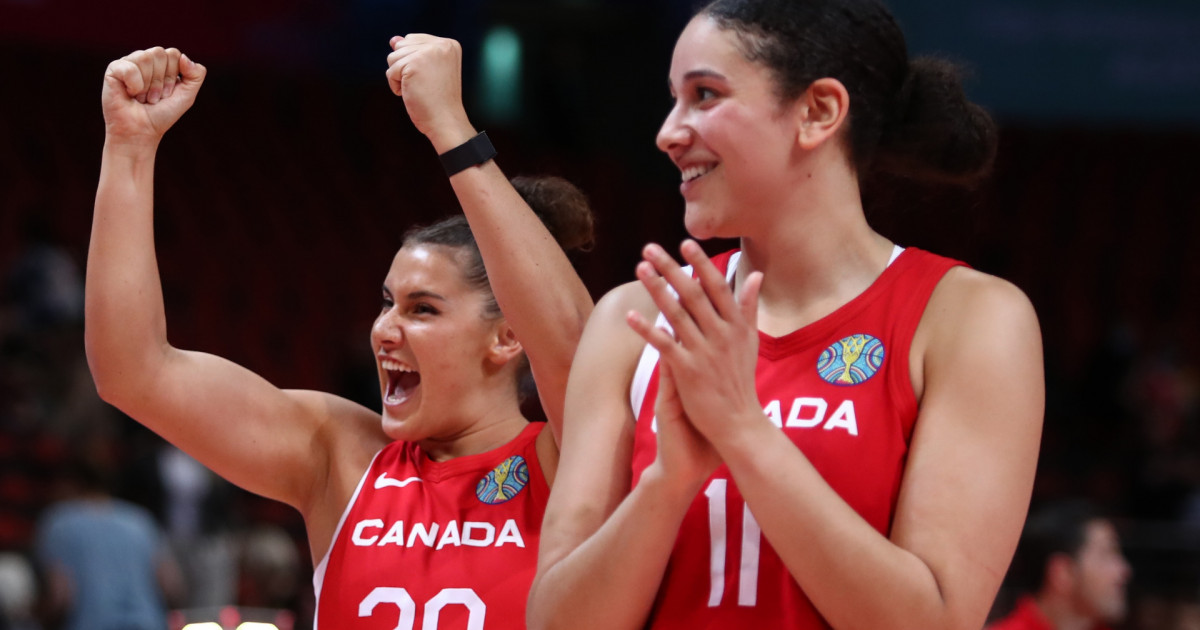 SYDNEY— Canada booked their spot in the FIBA ​​Women’s Basketball World Cup Semi-Finals with a 79-60 win over Puerto Rico on Wednesday night.

After a 4-1 record in the group stage, Canada carried that momentum into the playoff round, taking a 26-11 lead after the first quarter against Puerto Rico and they never looked back, leading up to 25 points.

The victory allows Canada to advance to its first FIBA ​​World Cup semi-final since 1986, the last time it won a medal at the event, finishing with a bronze medal.

Captain Natalie Achonwa described it as an “incredible” opportunity to make history for the Women’s National Team program.

“That’s why you do it,” Achonwa told The Sporting News.

“That’s what all the sacrifice is for, the work, the grind and to be able to put our country in the semi-finals is huge for us.”

Their reward for progressing in the tournament is a semi-final date with Team USA, who are riding a 28-game winning streak in the competition and are just two games away from setting the Cup record. in the world for most points scored in a game with 145 against South Korea.

With the United States the big favorites to win the gold, Achonwa believes Canada’s impressive defense has what it takes to cause them problems.

“That’s what we’ve done, that’s what’s kept us in games when we can’t score and when you play against a team like USA, you’re going to have to defend in all five positions, so that going to be our focus,” she added.

For Achonwa, the opportunity for Canada to write its name in the history books is more than just about success, but about building on the legacy of the national team program and creating a plan for the next generation.

“I’ve been on this team since I was 16 so I’ve seen the ebbs and flows of our women’s national team,” she said.

“Knowing the work that has been done, not just by these 12, but those who came before us, it’s truly an honor for us to be at this stage and on this stage, to keep pushing and even when none of us believes in us, they believe in us.