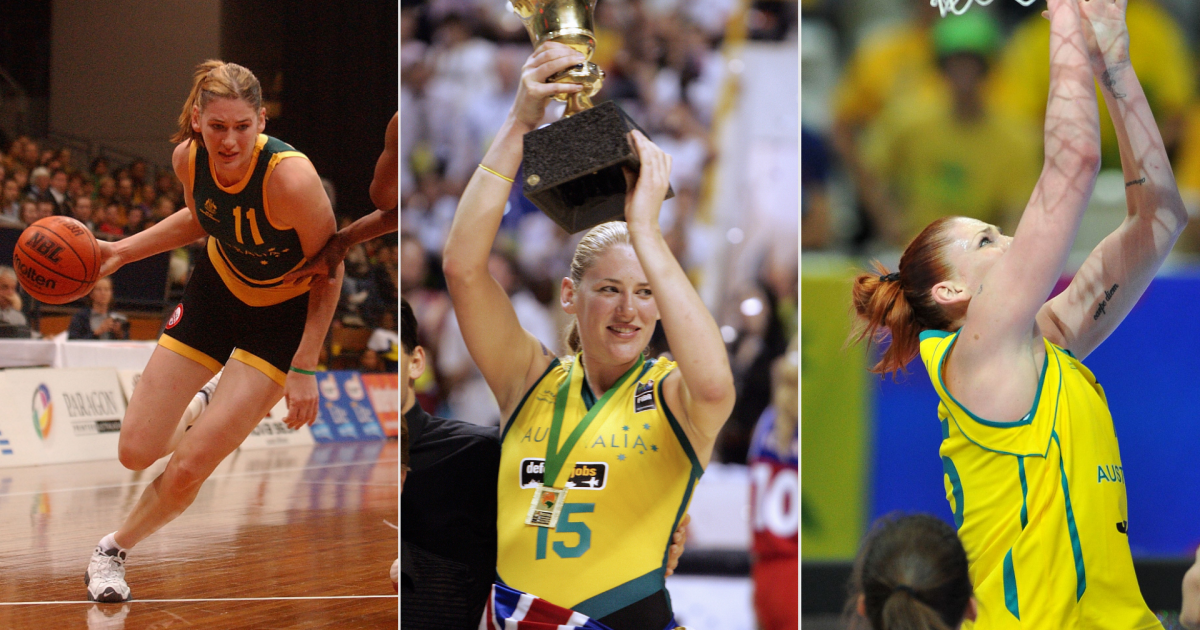 Unless you’ve been living under a rock for the past 18 months, you would have already discovered the fact that Lauren Jackson is back.

Considered by many to be the greatest basketball player Australia has ever produced, Jackson is making a miraculous comeback after retiring in 2016; she dominated in the final season of the NBL1 – Australia’s second-tier league – signed for WNBL team the Southside Flyers, and perhaps most importantly, was selected to the Opals squad for the next FIBA Women’s Basketball World Cup.

Lauren Jackson collects her points in an Opals uniform during a practice game against Canada.

It’s been nine years since LJ last played for Australia and it feels like she’s never left. Unbelievable.@laurenej15 @BasketballAus pic.twitter.com/oTTt6YsUXA

Jackson is no stranger to the FIBA ​​World Cups, with Sydney 2022 being her fifth appearance, but it will be her first since 2010, and she finds herself donning green and gold under much different circumstances now that there are 12 years.

But in saying that, it would be foolish to write off Jackson, who has averaged 31.9 points, 12.6 rebounds and 1.4 assists per game this year for the Albury-Wodonga Bandits.

Wow! In her second game only, Lauren Jackson exploded for 36 points with 15 rebounds in just 19 minutes played! 🤯

Can the 41-year-old capture some of the magic that punctuated her career at Opals?

For the Opals, Jackson’s name and presence have long been synonymous with success – their first medal game in 1998, the year of Jackson’s first World Cup, where Australia won the medal game bronze against Brazil.

Australia had already lost this match twice before, to America in 1994 and Canada in 1979, but Jackson’s introduction to the Opals coincided with their first podium birth, a position they would find themselves in much more frequently. the Opals have won medals in every World Cup since their first medal except in 2010.

Now that’s not to say Jackson was the whole and utter reason for their success – Penny Taylor was also a key driving force behind the Opals, making two All-Tournament teams in 2006 and 2014, and winning the Tournament MVP in 2006. Liz Cambage was also named to the All-Tournament Team in 2018.

But Jackson herself has two such caps, 2002 and 2006, and her dominating game in international basketball cannot be overstated. Jackson is the only player in history to have the highest score at two separate World Cups; she averaged 21.3 points in the 2006 tournament and 23.1 in 2002.

In fact, Jackson’s 2006 campaign was so dominant that it was highlighted by FIBA ​​as one of the top five World Cup performances of all time, citing his body of work over the years. nine games played by the Opals en route to Australia’s first – and only – game. FIBA World Championship.

But after the 2006 success, things fell apart for Jackson and the Opals. They completely missed out on medal contention in 2010, upset by host country Czech Republic, and by the time the 2014 World Cup rolled around, Jackon’s knee and hip problems had become a significant concern, because the slowness of her recovery excluded her from the tournament in Turkey. .

Wow! In her second game only, Lauren Jackson exploded for 36 points with 15 rebounds in just 19 minutes played! 🤯

These issues continued to plague Jackson, and by 2016 she had retired from basketball. The Opals still found their place on the podium in Jackson’s absence, winning bronze in 2014 and silver in 2018, but were unable to return to the top step of the podium.

But at Sydney 2022, as Jackson returns from a decade-long sabbatical after the World Cup, she will find herself in a situation she may not have been in for a long time.

She won’t need to carry her team.

The wording is important here. She won’t NEED it. She is still very capable; after all, the NBL1 is no slouch league, and it came away with more than 30 points on average in every game. But unlike years past, she won’t be required to be the focal point of the offense.

It seems almost blasphemous to talk about Lauren Jackson playing a role, but having the best basketball player in the country in a supporting role is both a testament to the Opals’ high level of talent and hopefully a promising sign for a unit. opals. who hopes to win his second world championship.

No, Jackson is unlikely to lead the tournament in scoring and be in contention for MVP. But she shouldn’t have to be. The Opals have a good enough team to compete with the best, and the addition of Jackson should be the icing on the cake, not the whole sundae.

Covid-19: unvaccinated basketball players will be able to return to play in Canada