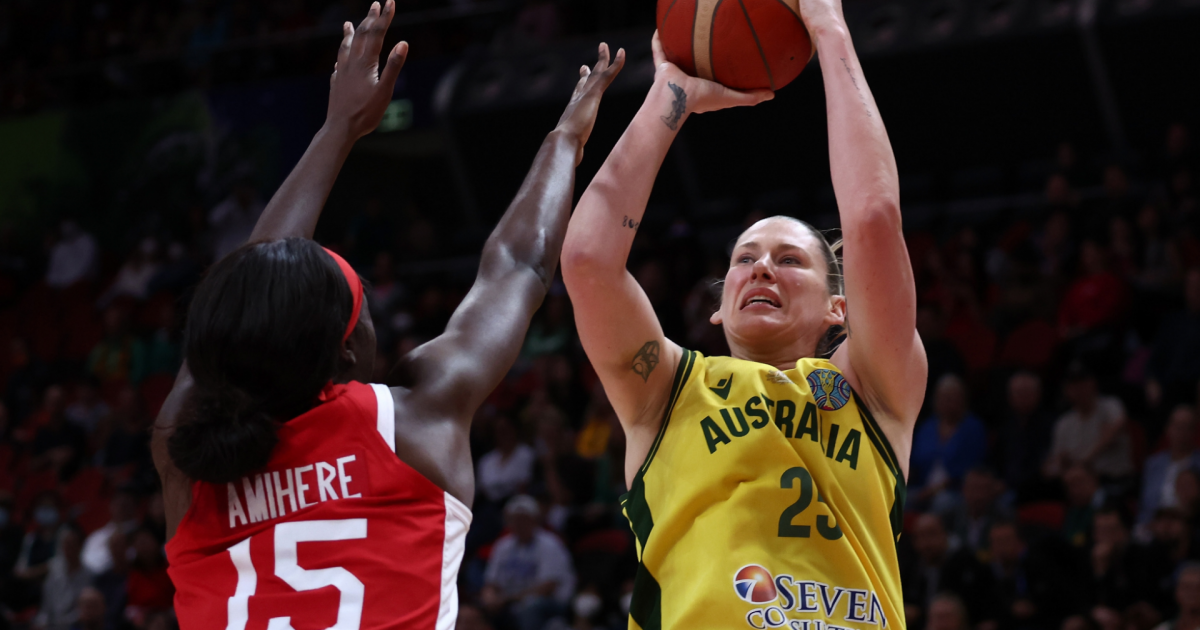 SYDNEY— She’s the Aussie goat for a reason.

Lauren Jackson punctuated her remarkable comeback for the Opals, saving her best for last as she led Australia to a bronze medal at the FIBA ​​Women’s Basketball World Cup.

The Opals beat Canada in the third-place game 95-65, with Jackson coming back with a dominating performance, recording 30 points, seven rebounds and two steals in 21 minutes on the court.

“I’m thrilled that we got the bronze medal, that we ended the tournament this way in front of our home crowd,” Jackson told reporters after the game.

Australia took an eight-point half-time lead with Kia Nurse keeping Canada in the game, scoring 17 points in the first half, before the Opals turned the screws in the third quarter, beating Canada 20 -11.

Jackson was deep in her bag, hitting fadeaway after fadeaway as she dominated on the low block, scoring 13 points in the third alone.

The only other time a player had scored 30 points in a World Cup medal game was in 2002…and that player was Lauren Jackson (31 against Korea).

Jackson, who is now tied for the most World Cup games played (43) of all time, added another piece of history, eclipsing Diana Taurasi’s record for most points scored in the medal games.

In front of her home fans, Jackson received the proper ejection from the national team she deserved after injuries forced her to retire in 2016.

“This trip has been the most humbling yet incredible ten months of my life,” Jackson added.

“I told Sandy [Brondello] after the game, thank you for selecting me because it gave me the opportunity to play the sport I love again in front of Australia and to say goodbye in this way is simply magnificent.

“I couldn’t have imagined it.”

Jackson was the main event for the Opals, but she got plenty of help as Steph Talbot filled the stat sheet with 16 points, eight rebounds and eight assists, while Sara Blicavs added 12 points and four rebounds.

Kia Nurse led Canada with 19 points but was held back in the second half with just two points. Nirra Fields added 12 points, four rebounds and four assists while Natalie Achonwa contributed 10 points.

Who has played the most matches at the FIBA ​​Women’s Basketball World Cup? Lauren Jackson equals appearance record