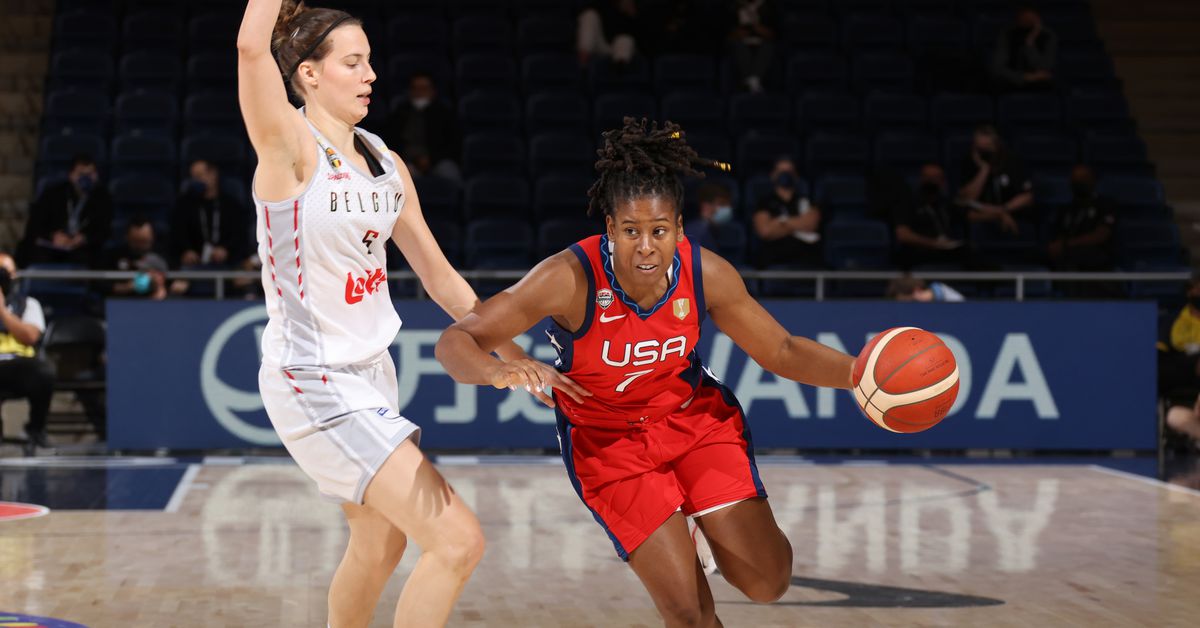 FIBA Women’s World Cup: Team USA and Korea in Group A, Japan in Group B

On Thursday evening at Sydney time, the group draw was made for the FIBA ​​Women’s Basketball World Cup 2022. The USA Basketball Women’s National Team will be in Group A with Belgium, China, Korea, Bosnia-Herzegovina and a team to be determined between Russia or Puerto Rico.

Here are the latest groups.

The Washington Mystics training camp roster will now include players from the United States, Korea and Japan. For Team USA, Ariel Atkins was on the World Cup playoff roster and was named to the All-Star Five once all competitions were completed. Elena Delle Donne also took part in the training camp before qualifying.

For Korea, Lee Seul Kang is expected to participate, where his country will be making their 16th consecutive appearance since 1964. And for Japan, point guard Rui Machida will be a big boost for their team after missing out on qualifying.

What are the chances for the USA, Korea and Japan team?

At first glance, the United States are the favorites in terms of talent. However, the Americans let Belgium make a bigger than expected comeback in qualifying when I don’t think they should have. Korea will have a hard time getting out of their group given the talent level and size of the US team, Belgian cats and even Bosnia and Herzegovina (it’s the national team of WNBA MVP Jonquel Jones). That said, it wouldn’t shock me to see the Koreans upset FIBA ​​Asia rivals China or the TBD. I will address this situation later.

Japan are in Group B and they will have another rematch against France, who they beat twice at the Olympics last year. I’m sure Machida and the Japanese have the talent to qualify for the quarter-finals, but it will still be difficult for them to qualify for the final like last year.

That said, I wouldn’t mind seeing a rematch of last year’s Olympic final.

So what about this “Team TBD?”

Earlier this week, Russian national teams were banned by FIBA ​​until further notice due to the country’s invasion of Ukraine. The ban has also affected Russian professional teams from competing in competitions like the EuroLeague Women.

Ahead of the draw, it was announced that the FIBA ​​Central Board will decide “in due course” whether Russia will participate in the Women’s World Cup. If Russia is not allowed to participate, Puerto Rico would likely take that spot given that FIBA’s announcement was that the selected team would come from the Washington/Santo Domingo Qualifying Tournament. The other two teams in this tournament were the United States and Belgium, who are already present.

Very interesting FIBA ​​statement on the Women’s Basketball World Cup in Australia in September. Russia expelled ‘until further notice’ but tomorrow’s draw will include a team ‘to be determined’. That is, FIBA ​​did not immediately replace Russia with group loser Puerto Rico. pic.twitter.com/0QR0dOGLUw

FIBA’s Central Board of Directors will hold their next meeting on March 25, but there’s no guarantee they’ll make a decision by then.

When is the competition?

The FIBA ​​Women’s Basketball World Cup will take place from September 21 to October 1 in Australia.