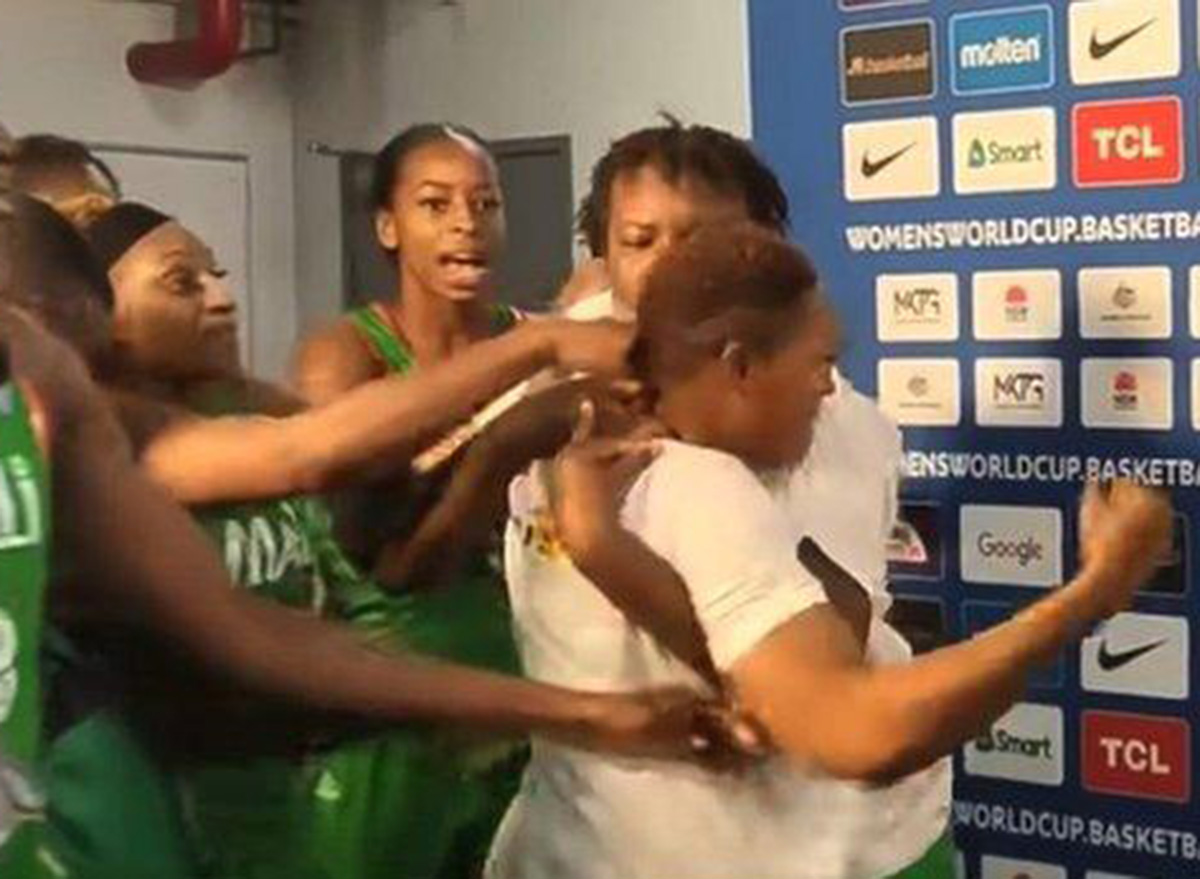 Malian basketball players apologize after a fist fight during a live press conference after a match in Sydney, Australia. Salimatou Kourouma and Kamite Elisabeth Dabou of the Mali women’s team were seen punching each other, and the whole incident was caught on camera by a Serbian news crew. “We are here to apologize for the images posted on social media”, Kourouma told reporters. Here’s how it happened and what sparked the fight between the two teammates.

Mali’s women’s basketball team were in Sydney for the Women’s World Cup and had just suffered an 81-68 loss to Serbia – their fourth consecutive loss at the tournament – when the brawl broke out. Kourouma punched Dabou repeatedly, much to the horror of their teammates, who tried to break up the fight. At one point, Dabou was trying to hold Kourouma in a headache. Keep reading to learn more and watch the video.

Mali star player Mahamadou Kante defends the pair via an Instagram post written in French. “I see people who allow themselves to say anything about what happened after the game against Serbia”, he says. “I just want to say that it’s normal that there are misunderstandings in a family because this group for me is a family.”ae0fcc31ae342fd3a1346ebb1f342fcb

Mali only qualified for their second World Cup after Nigeria withdrew, citing governmental and administrative problems in their country. “Winless on the court, shameless off it😢Mali took advantage of Nigeria’s withdrawal to compete,” the BBC sports reporter tweeted. Oluwashina Okelejiwho posted a video of the fight.

International basketball governing body FIBA ​​said it would review the incident and decide what action to take should be taken. “FIBA today acknowledged that there was an altercation between Malian players in the mixed zone following the Serbia-Mali Group B match at the FIBA ​​Women’s Basketball World Cup 2022. More to this incident, FIBA ​​has opened an investigation. Once the investigation is completed, FIBA ​​will decide on the applicable disciplinary measures.”

FIBA Women’s World Cup 2022: How playing for Canada helped Kia Nurse rediscover her love for the game after injury layoff