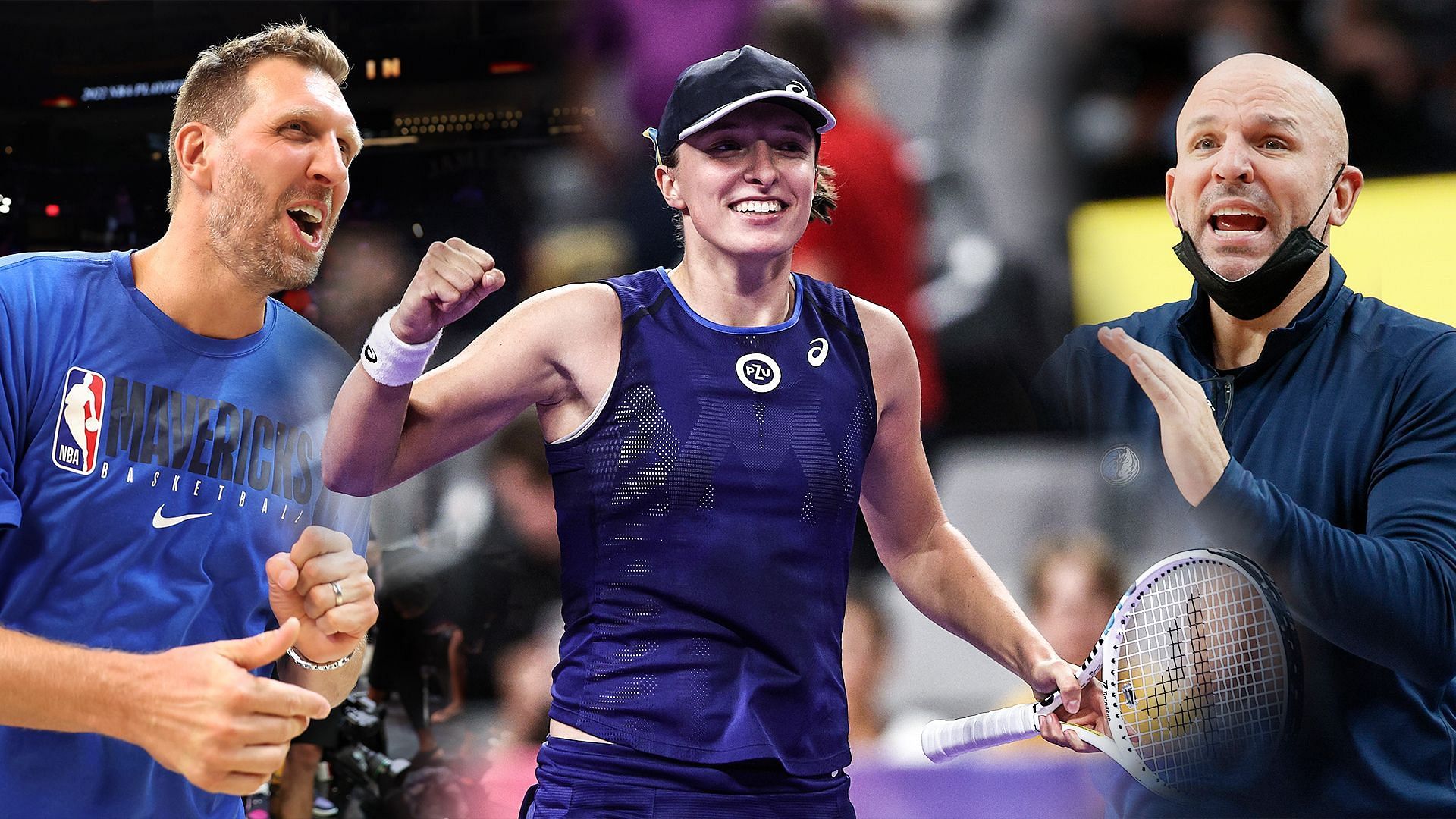 The official WTA Twitter account posted a video showing the pair chatting and enjoying their time in the stands over a glass of beer.

Dirk Nowitzki has a special relationship with tennis as a his foundation annually hosts the Pro-Celebrity Tennis Classic. Throughout the tournament, the foundation aims to raise funds for charity. The Dallas Mavericks special adviser was happy to bring the tournament back this year in September after a three-year hiatus due to COVID-19.

“We couldn’t put it on for a few years, so it’s amazing to be back,” Nowitzki said. “It’s our fundraiser for our foundation and it’s been wonderful,” he said.

Jason Kidd joined Nowitzki, 44, on Thursday to indulge in watching his favorite sport outside of basketball. Both individuals rooted for homegirl Coco Gauff on day 4 but had to return home disappointed after world number one. 4 lost their second match of the group stage against Daria Kasatkina.

The WTA Finals had plenty of action for fans on Day 4 as Iga Swiatek scored another comprehensive victory. The world No. 1 faced French Caroline Garcia on Thursday. It was yet another straight-sets win for the Pole as the match ended 6-3, 6-2 in her favor.

The other singles match of the day saw Coco Gauff in action against eighth seed Daria Kasatkina. The two players faced off in the early stages of the match and the first set was decided in a tie-break. Kasatkina won the tie-break and took an early lead in the second set, which she then held to seal victory in straight sets.

Meanwhile, Gabriela Dabrowski and Giuliana Olmos won the first doubles match of the day against Lyudmyla Kichenok and Jelena Ostapenko. Another match saw Veronika Kudermetova and Elise Mertens continue their fine form in the tournament as they recorded an easy win over Anna Daniliana and Beatriz Haddad Maia.