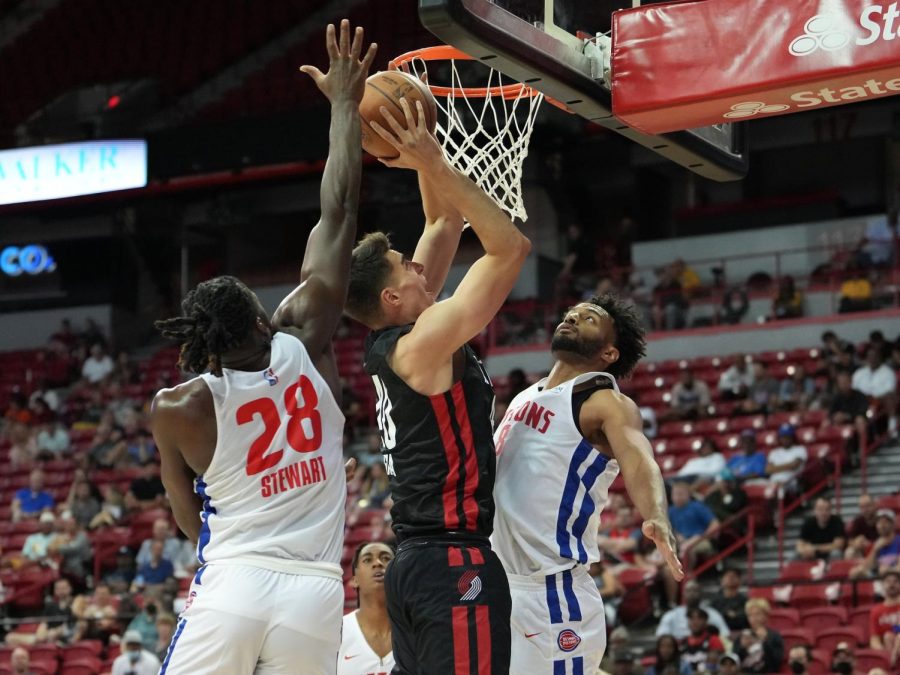 Garza signed with the Minnesota Timberwolves and Wieskamp will return to the San Antonio Spurs in 2022-23.

Garza is on his third team entering his second year in the league. After playing for the Hawkeyes from 2017-21, he was drafted by the Detroit Pistons with the 52nd pick in the 2021 NBA draft.

But Garza had to find a new team after the 2021 season, as Detroit declined his second-year contract option in June. Garza played for the Portland Trail Blazers in the Summer League in Las Vegas, averaging 6.5 points per game in four games.

The Timberwolves did not release details of Garza’s contract for 2022-23, so he could spend time with Minnesota’s G League affiliate, the Des Moines-based Iowa Wolves.

Wieskamp was drafted by the Spurs with the 41st pick in the 2021 NBA draft. Wieskamp originally signed a two-way contract in 2021 and played 29 games with the Austin Spurs, the G League affiliate of San Antonio.

Now Wieskamp is under full contract with the NBA. In 2021, he averaged 2.1 points in 7.1 minutes per game in the NBA.

Which NBA players are participating in the FIBA ​​Basketball World Cup Qualifiers?